According to a blog post on Tuesday (September 29, 2020), crypto exchange Gemini announced support for Zcash (ZEC) withdrawals that are protected. The withdrawal feature gives the user the option of moving ZEC tokens in their Gemini account in t-addresses to z-addresses. Following the news, Zcash price surged 6%. The 33rd-largest crypto by market capitalization is up 110% year-to-date (YTD). 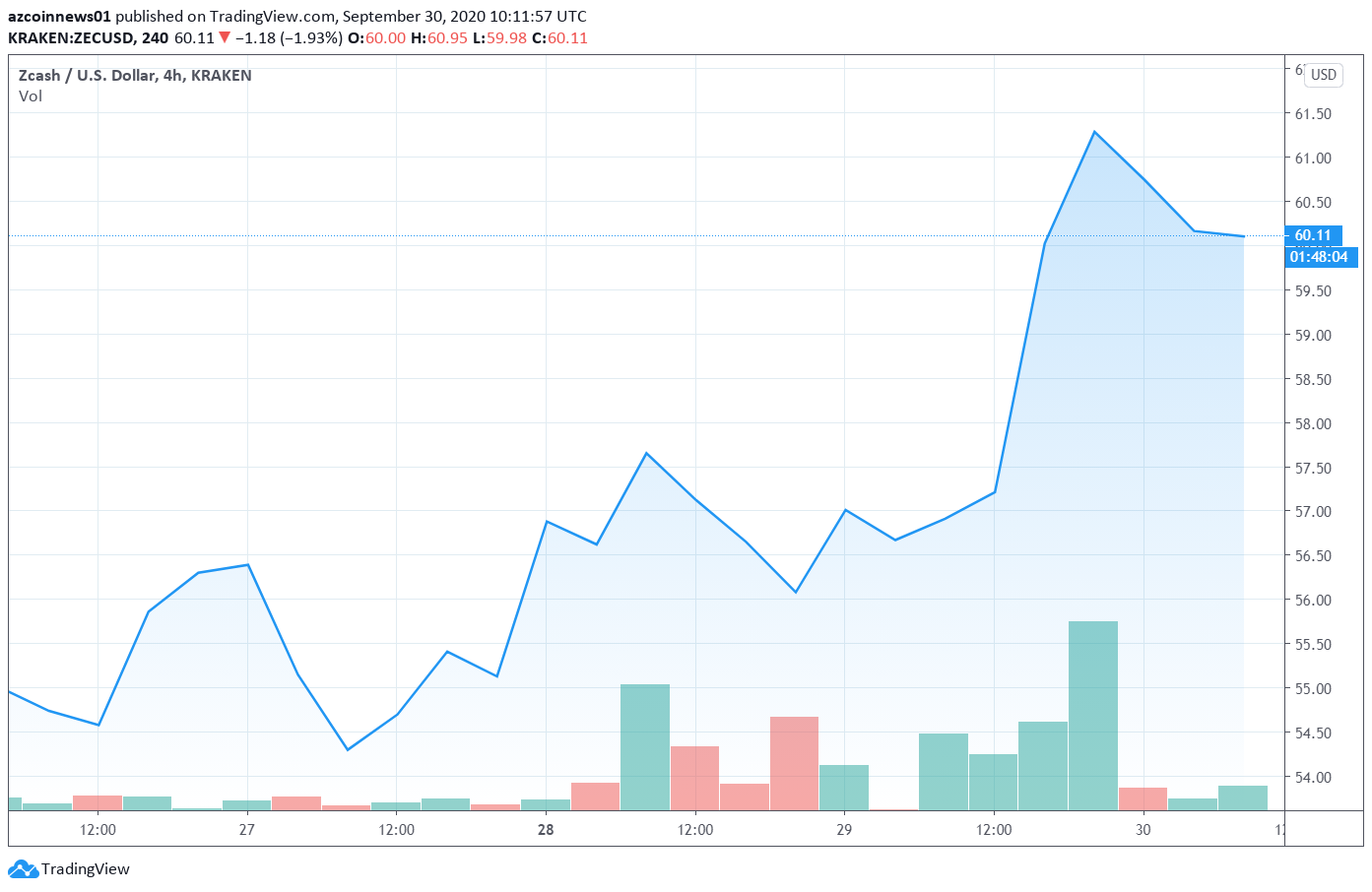 Gemini has made it possible for its users to engage in shielded ZEC withdrawals, is it good for Zcash price?

Zcash, one of the most considerable privacy “coins,” offers the shielded and transparent option for users. Gemini initially enabled users to deposit funds from z-addresses. Meanwhile, the blog post stated that the withdrawal feature would “empower the individual through crypto.” Additionally, the shielded ZEC withdrawal function ensures that customers’ transactions and identities are protected.

An excerpt from the announcement reads:

“By providing you with this feature — confidential, encrypted withdrawals — we are taking another step toward giving you back control of your privacy and advancing our mission. It also demonstrates that with the right controls in place and the proper education, regulators can get comfortable with privacy-enabling cryptos.”

Gemini further stated that the shielded ZEC withdrawal feature was the first of its kind on a regulated crypto exchange. In August, the crypto exchange received a license from the U.K. Financial Conduct Authority (FCA) to operate in the country.

With Gemini operating in a regulated market like the United States, obfuscated transactions or not, the platform still has to record and report all such movement of funds to the relevant regulatory agencies. Also, unlike Monero shielded Coinbase is not enabled by default on the Zcash protocol. Thus, it is possible that a significant portion of such withdrawals on Gemini might not enjoy this privacy feature.

Regulators have been wary of privacy coins because they make transactions difficult to track while believing that they are used for criminal and illicit activities. Before, CipherTrace revealed tracking capabilities for the privacy coin Monero. Later in September, the U.S. Internal Revenue Service (IRS) announced a $625,000 reward for anyone able to hack the network.

Despite the negative sentiments surrounding privacy coins, Litecoin (LTC) is still moving ahead with its planned MimbleWimble protocol upgrade slated for September 30. MimbleWimble will reportedly improve Litecoin’s scalability while introducing privacy to the network.

A possible exploit in Harvest Finance has sent FARM…