Zcash will be undergoing its first halving event on November 18, giving a boost to ZEC price

Today, ZCash will start the Halving for the first time. And as always, everyone hopes this event will help ZCash price increase sharply. The reason is the same as before: they always believe in the theory of reduced supply, increased demand will push prices up. Moreover, with the motivation from Bitcoin price to be motivated, all hope has more basis. 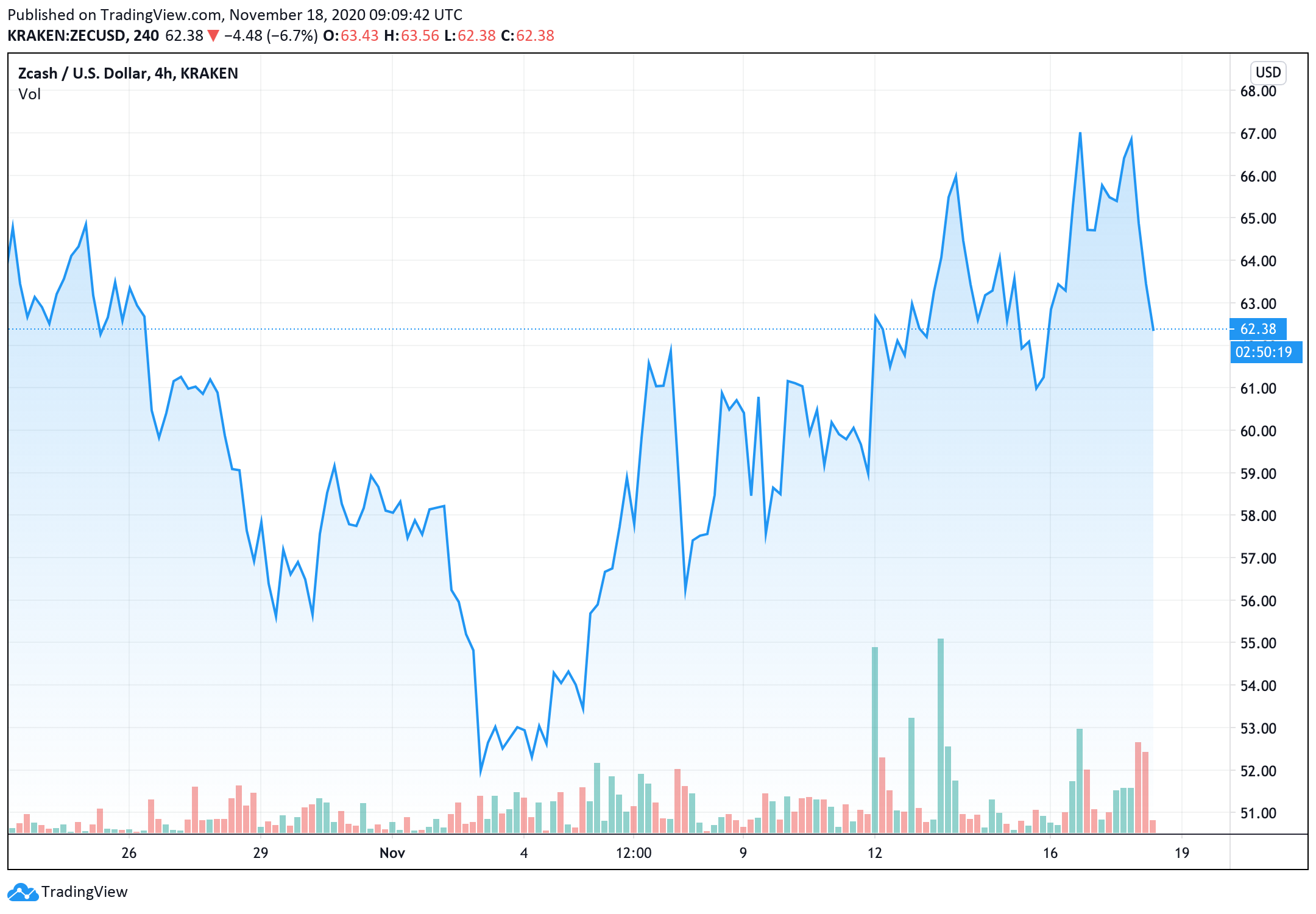 Zcash will be undergoing its first Halving event on November 18

Zcash uses no-knowledge proofs to allow transactions to be verified without revealing the sender, receiver, or transaction amount. Besides, it allows to store assets privately, not just transact them privately.

After going through this first Halving, Zcash inflation rate will decrease from 25% to 12.5%. This is very important as ZEC has been hampered by high inflation since its inception in 2016. The Zcash block reward will also be cut from 6.25 to 3,125 ZEC per block.

Messari notes that it will also undergo a fourth network upgrade, possibly providing up to $ 70 million in funding to developers over the next four years.

Tomorrow, Zcash will undergo its first halving which will drop its inflation rate from 25% to 12.5%.

It will also undergo its fourth network upgrade, which could provide up to $70M in funds to developers over the next 4 years $ZEChttps://t.co/RYtSqogvsu

Earlier this year, Zcash was the subject of a research paper that explores the extent to which privacy coins are used for illegal or criminal purposes. Monero remains the leading coin for hackers and cybercriminals, and the study found no evidence of widespread illegal use of Zcash.

However, that hasn’t stopped major exchanges, especially in South Korea, from including Zcash as part of their private coins list.

ZEC was temporarily valued above Bitcoin when it was heavily promoted, but the price has collapsed since then with the majority of other altcoins of the same age.

Industry observers suspect this downside action resulted from miners selling their newly mined ZEC as it suffered extremely high inflation in its early days. It is hoped that Zcash’s first halving could provide significant relief in this respect as miners may not be forced to keep prices down.

However, at press time, ZCash price has a pretty bad price, fluctuating around $ 62 and down nearly 4% in the last 24 hours.

You can see the ZEC price here.

More and more people are eyeing Bitcoin such as SkyBridge Capital, how it impact Bitcoin price?

Again the story of those who regretted the Bitcoin price rise. Specifically, according to South Wales Argus, James…
Loading ... Load More Posts No More Posts