Yearn.finance price ongoing rebound is coming about in tandem with the slight uptick in price seen by Bitcoin

Yearn.finance price has been under pressure over the past few weeks. The leading Ethereum-based coin has dropped dramatically from its $44.000 ATH set around six weeks ago to a local low of $12,000 just 12 hours ago. YFI is up approximately 20% in the past 24 hours as buyers have stepped back in. 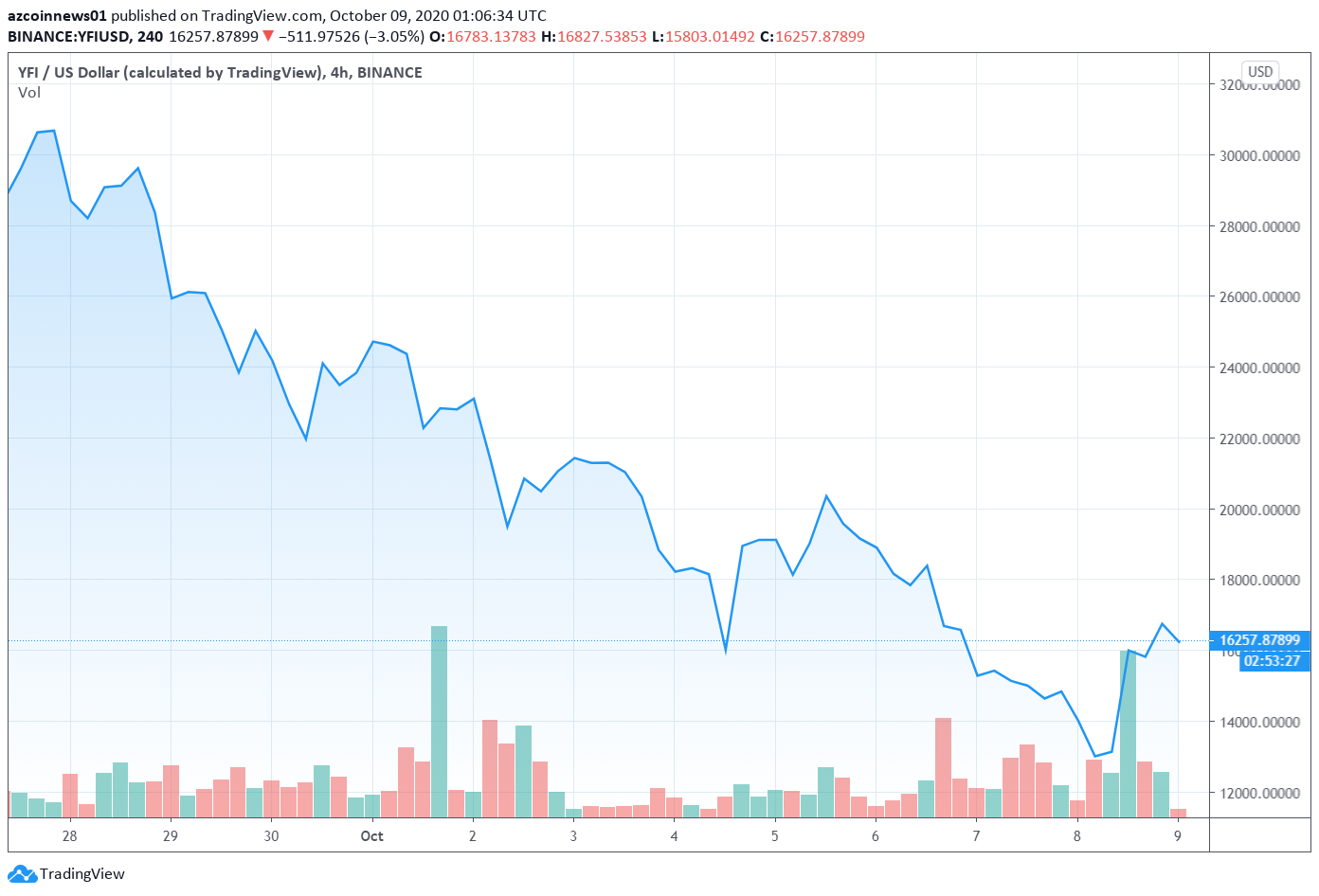 As AZCoin News reported, Bitcoin is also rallying a few percent due to news that Square, a large fintech company, has invested more $50 million into BTC for its balance sheet. $50 million represents only 1% of Square’s balance sheet, but many in the space see this as a decisive victory for adoption. The rally in YFI price comes after a larger borrower of YFI seemingly closed a large short position for the asset. There were some analysts expecting a “short squeeze” for altcoins, especially Yearn.finance.

At this point, its price was able to find some serious support that slowed its ascent and helped it rally higher, with bulls now moving the retake control of its short-term outlook. Its ongoing rebound is coming about in tandem with the slight uptick in price seen by Bitcoin and Ethereum.

At press time, the Yearn.finance ecosystem’s governance token is trading up over 8% at its current price of $16.043. This marks a massive surge from daily lows of just over $12,000 that was set earlier today.

These lows coincided with a support level that has been described as being “bedrock” for the Yearn token, which may be why bulls’ response to this level being tapped was so explosive. So long as YFI is able to maintain its momentum and post a v-shaped recovery, this could mark a long-term bottom.

That said, weakness throughout the entire DeFi ecosystem may continue hampering its growth and tempering its short-term outlook, as Yearn.finance is widely seen as a DeFi sector benchmark.

Yearn.finance’s potent reaction to $12,000 confirms that this is a bedrock support level, and one analyst notes that the buying pressure between here and $13,000 may kick off an accumulation phase.

“YFI/USD: Major support across the board at $13,000, could be a decent entry if you like the project and like the R: R at the moment, with the current uncertainty in the market… Probably expecting accumulation at this HTF level.” 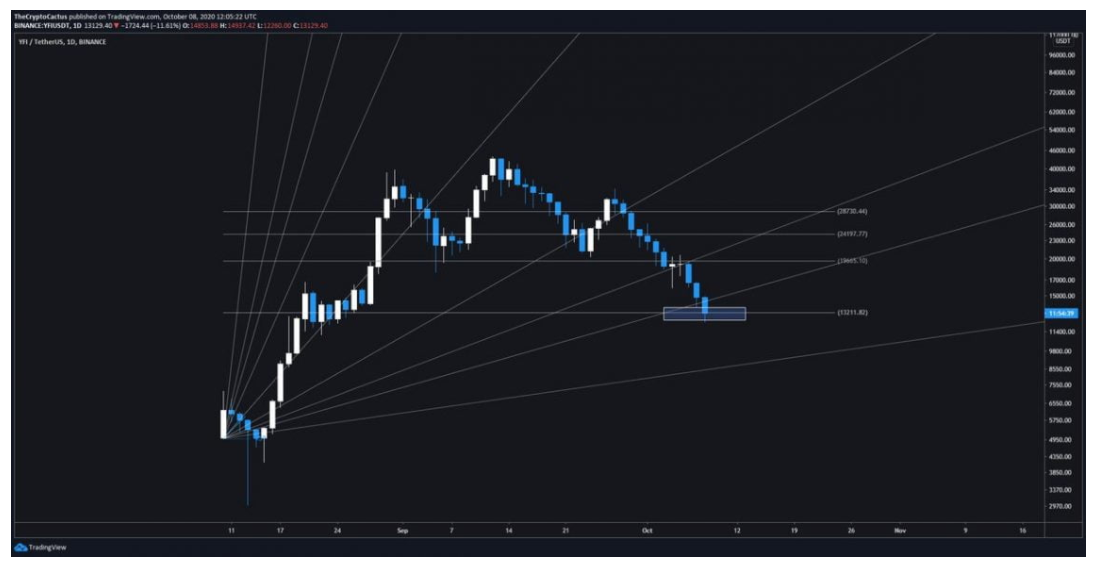 If YFI is able to see a sustained rebound from these recent lows and start pushing higher as investors accumulate, it could create a tailwind that lifts the entire DeFi ecosystem significantly higher.

Over the past week, there’s been much drama on Twitter because on-chain analysts have spotted that a large cryptocurrency investor has been borrowing literally around $80-100 million worth of YFI through Aave.

Aave is a money-market protocol where users can borrow and lend cryptocurrencies; borrowers can do whatever they want with the coins they borrow, as long as they pay it back along with the associated interest. YFI has been deposited on Aave en-masse due to potential yields on lending coins to the protocol.

The vast amount of YFI borrowing has left many to believe that the user behind these transactions is shorting the cryptocurrency.

You all can stop harrassing him about his $YFI borrows. pic.twitter.com/rkWllJqxfR

As noted by crypto trader Hsaka, just today, the user closed their YFI position on Aave, paying back 525 YFI to the protocol’s pool.

The closure of this position comes as analysts and fund managers within the space have asserted that the fundamentals of the DeFi space remain extremely positive. For one, the number of MetaMask users (active monthly users) recently hit one million for the first time ever. One year ago, this metric was closer to 256,000, meaning a growth of over 300% has taken place in 12 months.

You can see the YFI price here.

UNI price has seen a notable rebound throughout the past day, now up to over 13%