The cryptocurrency market seems to be gaining steam again, as most of its assets are back to trading in the green zone, including XRP, which has recorded gains in more than one area – social activity and price increase. Specifically, XRP’s three-month social activity is on the rise, recording 1.95 billion social engagements from 9,424 social contributors as of September 29, 2022. 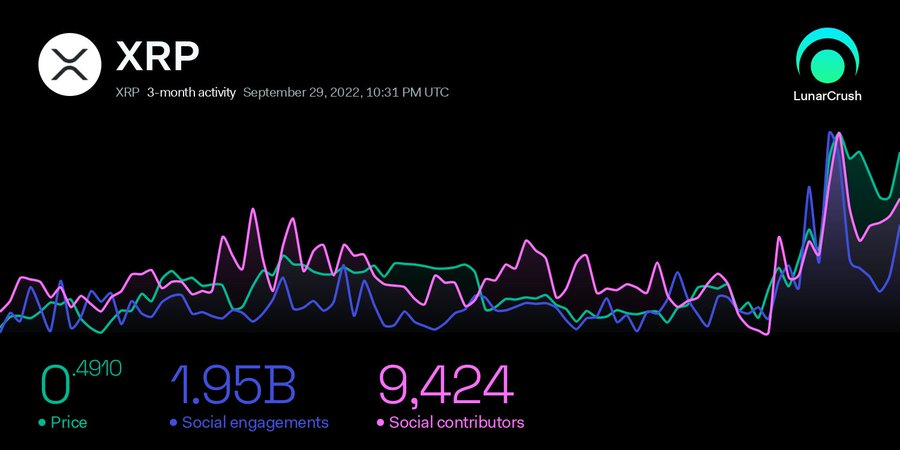 As explained in the tweet, these figures represent an increase of 38% in social engagements and 8% in the number of social contributors over three months. At the same time, the price of XRP has also recorded significant increases, growing by nearly 59% over the three months leading up to September 30, according to data retrieved from CoinMarketCap. 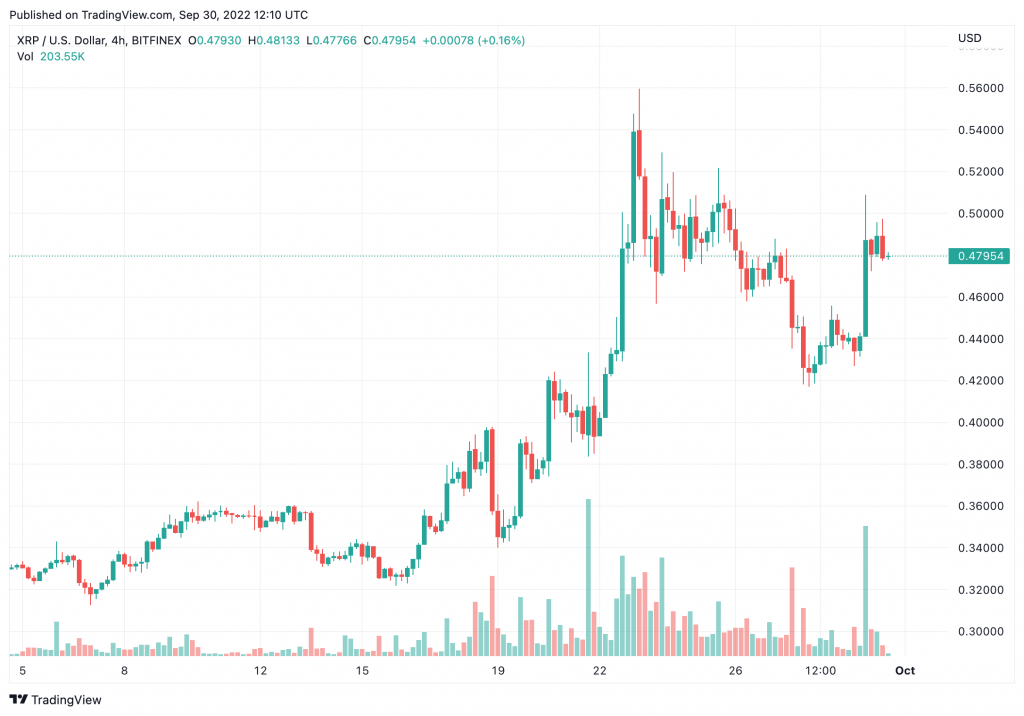 As things stand, the price of XRP is currently $0.4926, which represents a 12.84% increase on the day, although still a decline of 7.9% across the previous week. Its market cap now amounts to $24.42 billion, making XRP the sixth-largest crypto by this indicator.

That said, the crypto community over at CoinMarketCap is bearish on the token’s near future, with votes estimating that the defi token would trade at $0.4166 by October 31, 2022.

Meanwhile, XRP is entangled in a widely publicized lawsuit that the United States Securities and Exchange Commission (SEC) launched against the token’s issuer, Ripple Labs, accusing it of illegally selling the crypto that the regulator considers security. Recently, Ripple’s defense team introduced an argument that the XRP tokens cannot be securities as there were no “investment contracts” involved in their issuance, which would give investors rights and force the issuer to act in their interest.

One of the reasons for the surge in the price of XRP could be the news of both sides requesting a summary judgment in the case, which would allow them to skip the trial phase and allow the judge to make a ruling. 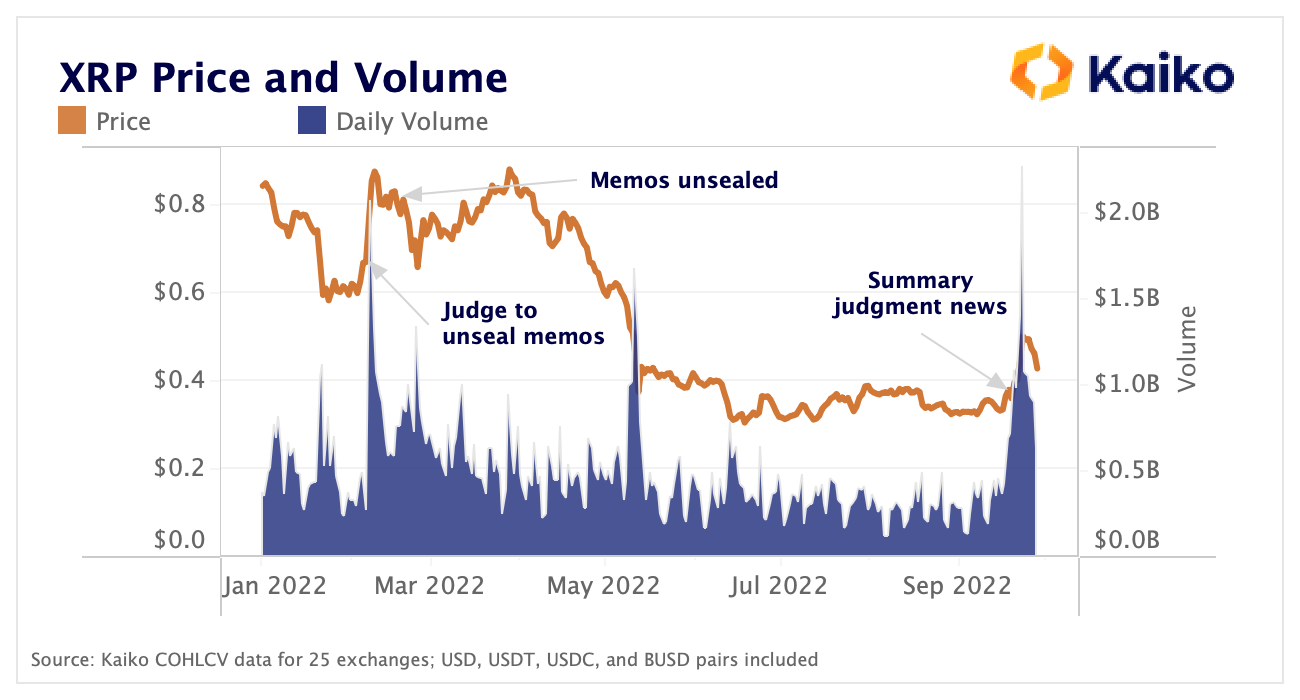 Historically, the court updates on this case significantly impacted the price of XRP and its volume, according to the data shared with Finbold by the financial analytics platform Kaiko Research on September 29.