Santiment stated that XRP, XLM, and SNT are among the top cryptocurrencies dominating social media. There is a caveat, the analysts at Santiment point out, albeit this may portend an impending price spike.

According to Santiment, a coin is more likely to see a price increase when its social influence is high. Santiment cautions that while three coins, XRP, XLM, and Status (SNT), are trending, there is also a chance that traders looking for an immediate profit will quickly sell them off.

“XRP Network, Stellar, & Status are all currently on the top trending list in #crypto Friday. These assets are all relatively even on the day, which means pump chances are higher than usual. But watch for a quick sell-off if they do while trending”, Santiment reported. 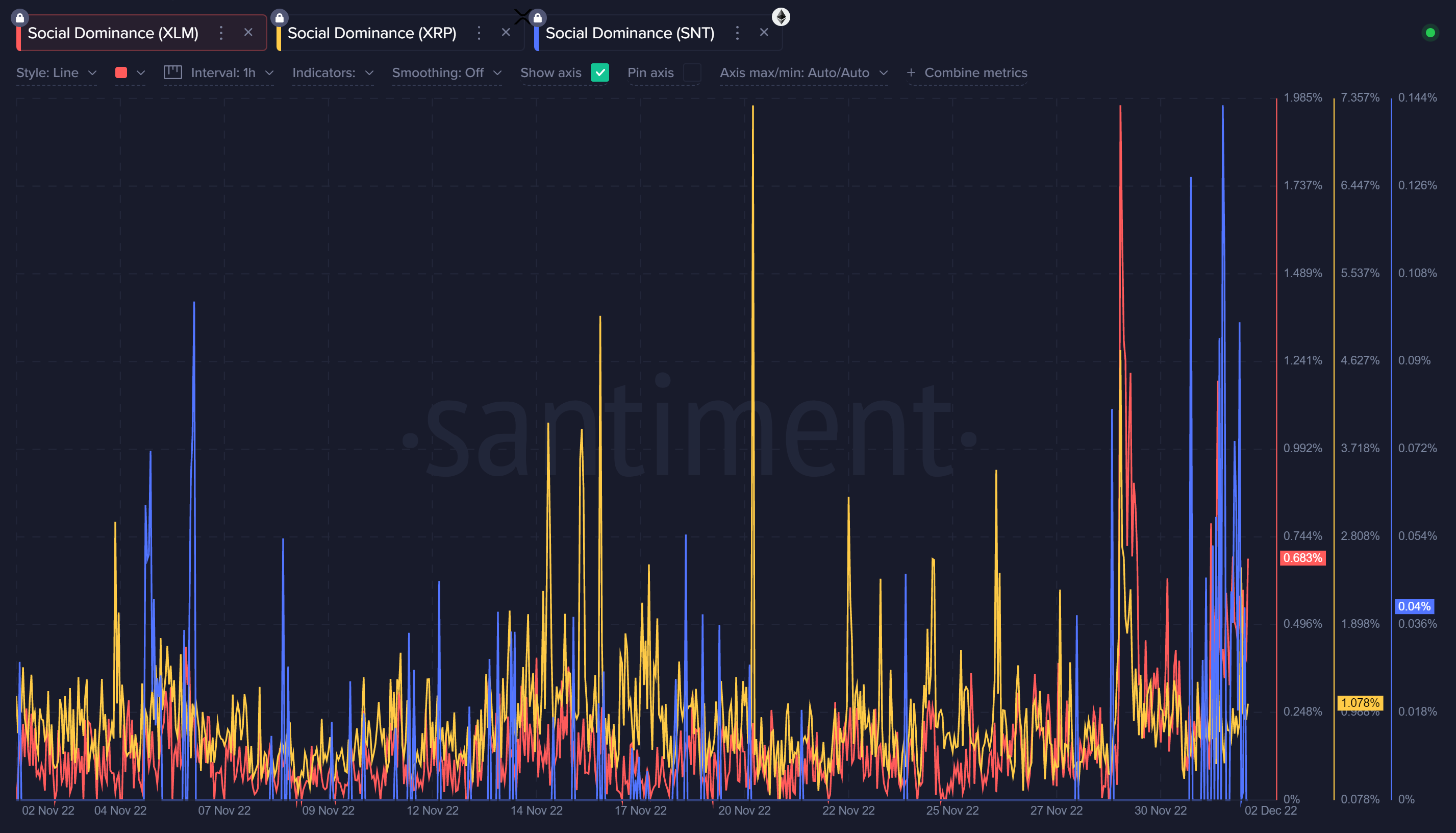 The bankruptcy of Sam Bankman-Fried, the founder of the FTX exchange, and the collapse of the exchange itself brought on the early November decline in XRP. On November 7, XPR dropped from its recently attained level of $0.4747 to the previous low of $0.3341.

A bearish wave has been generated in the cryptocurrency market due to the collapse of FTX, driving Bitcoin back below the $17,000 level and leading a plethora of altcoins to follow it into the sea of red. ETH dropped below $1,200. Because of the announcement that the Fed plans to raise interest rates more gradually than it did earlier this year, Bitcoin and Ethereum have since staged a little comeback.