XRP whale has taken out $38 million from Binance, can this be a bullish signal?

According to Whale Alert data, a huge XRP transaction has been noticed on Ripple in the last day. This transaction entailed the transfer of 94,311,360 tokens worth over $38 million at the time of the transaction.

Because the sum involved is so large, the sender of this transfer is most likely a whale or a group of numerous large investors. Because of their size, such transactions can significantly impact the market.

The price response to each whale movement is determined by the particular intent underlying the transfer. But, in this scenario, why did the whale conduct this transaction? The answer to that question may be found inside the complete contents of this movement. 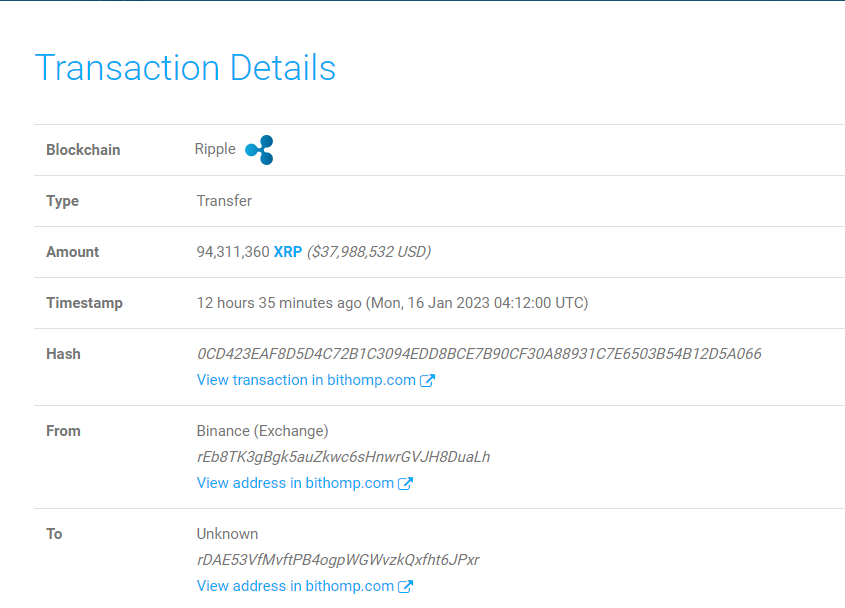 In the case of this XRP transfer, the sender was a wallet linked to the crypto exchange Binance, while the receiver was an unknown address, as seen above. Such unidentified addresses are not associated with any known centralized platform and are most likely related to personal wallets. Transfers like these, in which investors remove their coins from exchanges and deposit them in personal wallets, are called “exchange outflows.”

In the context of the current transaction, it appears that the whale transferred these tokens out for possible accumulation objectives. And if that is the case, then the big outflow can be beneficial to the value of XRP.

In general, holders retain their currencies on exchanges so that they can sell them immediately at the desired price. When they intend to keep the coins for an extended period, they transfer them to offshore wallets. As a result, a large volume of exchange outflows can favor the price of the cryptocurrency.

The currency has already been surging in the last week (though not as drastically as Bitcoin or Ethereum), implying that the whale has made its accumulating move at a time when prices are quite high.

Typically, investors want to profit from opportunities like this one. Nonetheless, this massive holder’s decision not to do so now may signify their continued confidence in the crypto’s potential. 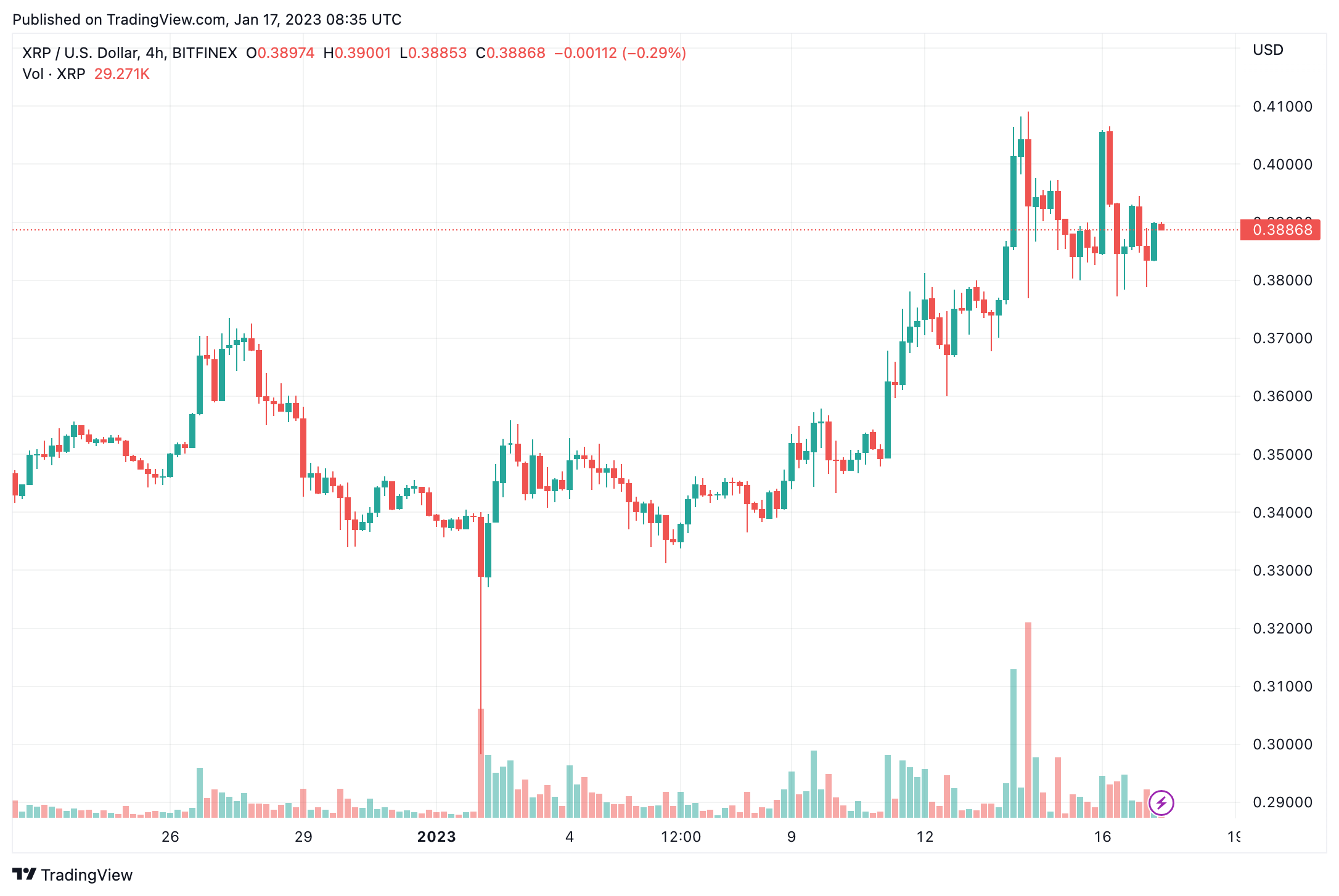 The much-hyped Flare airdrop has come and gone; price has been pumped and dumped