XRP price was predicted to reach $2.55 by the end of the year

Finder surveyed a panel of 36 industry experts for their thoughts on XRP and its performance over the next decade and found that the panel expects XRP price to increase by more than 390% in the meantime back of the year to reach $2.55.

The panel’s prediction is based on Ripple’s positive outcome in the case against the US Securities and Exchange Commission (SEC). If Ripple loses, the dashboard will see the value of XRP drop to $0.68.

Notably, XRP is currently trading at $0.515 after losing almost 40% of its value so far this year. The cryptocurrency’s all-time high was $3.31 in early 2018, preceded by a year-long bear market that saw most cryptocurrencies lose more than 80% of their value. However, Bitcoin and other blue-chip cryptocurrencies have recovered to new highs.

Finder’s panel included Matthew Harry, the head of funds at DigitalX Asset Management, who predicted XRP could hit $5 this year provided Ripple wins its case against the SEC, although Harry noted XRP is “worthless for anything other than speculation.” The expert added he believes that the “underlying technology is terrific, but the token itself does not currently have a use; it simply attracts speculators” because the token price itself is cheap.

Carol Alexander, a professor of finance at the University of Sussex, predicts XRP could hit $2.50 and notes that if Ripple wins the case, then XRP “will start to displace SWIFT.” On the other hand, CoinFlip founder Daniel Polotsky sees XRP hitting $0.9 and believes its performance depends on hype. Polotsky is quoted saying:

I think the project has a lot of inflated interest because retail investors ignore its market capitalization and look at its price per unit (under $1) and mistakenly think that it’s too much. cheap’ so it will grow a lot faster than its peers.

Notably, 23% of experts recommend buying XRP now, while 45% recommend investors hold what they have right now. 32% said it was time to cut losses and divest holdings.

As reported by CryptoGlobe, Finder’s dashboard recently predicted that the price of the second-largest cryptocurrency by market capitalization, Ethereum (ETH), could reach $5,780 by year-end and rise to $11,760 la in 2025. 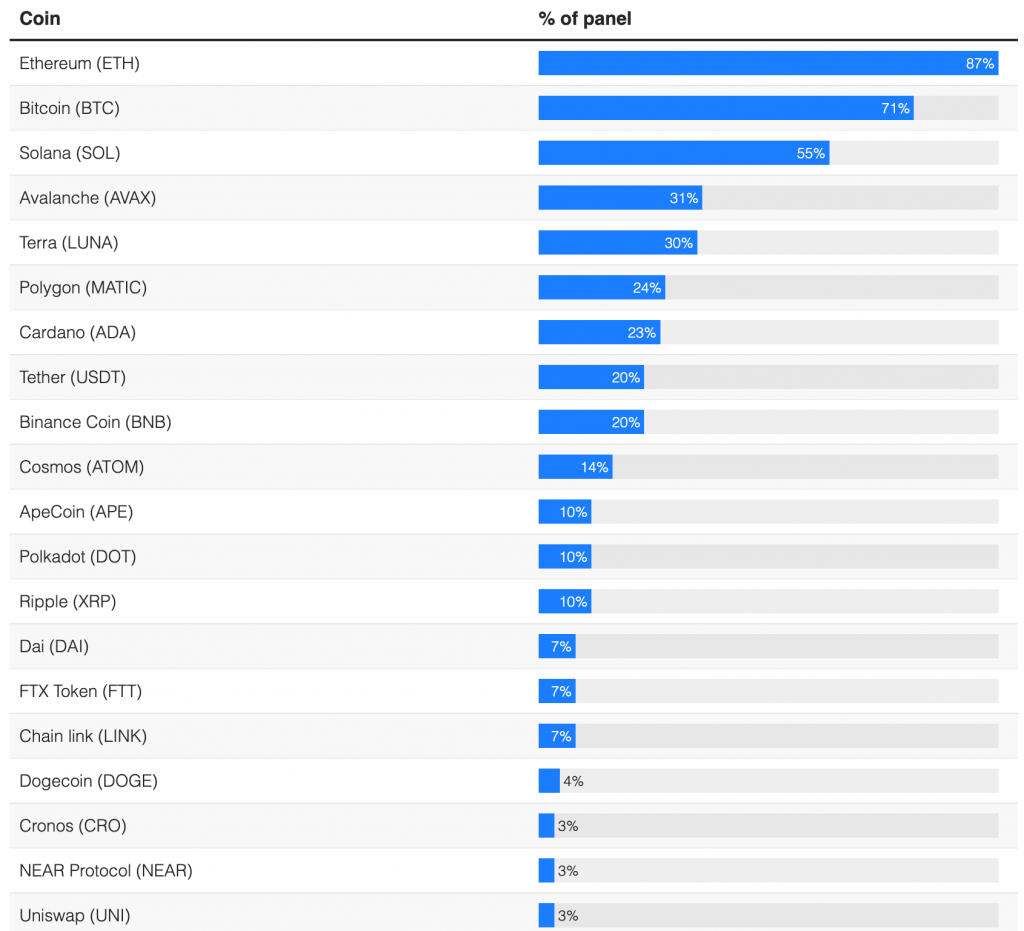 The lawsuit between SEC and Ripple continues to see new…

SEC does its best to protect Hinman’s emails in…