XRP price was looking forward to regaining $0.5, which acts as a critical support level towards $1

Following several weeks of gains, the price of XRP is currently consolidating with the price growth of the entire cryptocurrency market. Investors in XRP have been anticipating the currency reclaiming the $0.5 position amid the latest rebound because it serves as a crucial support level for the elusive $1. At the time of writing, the XRP price is changing hands at $0,3912. 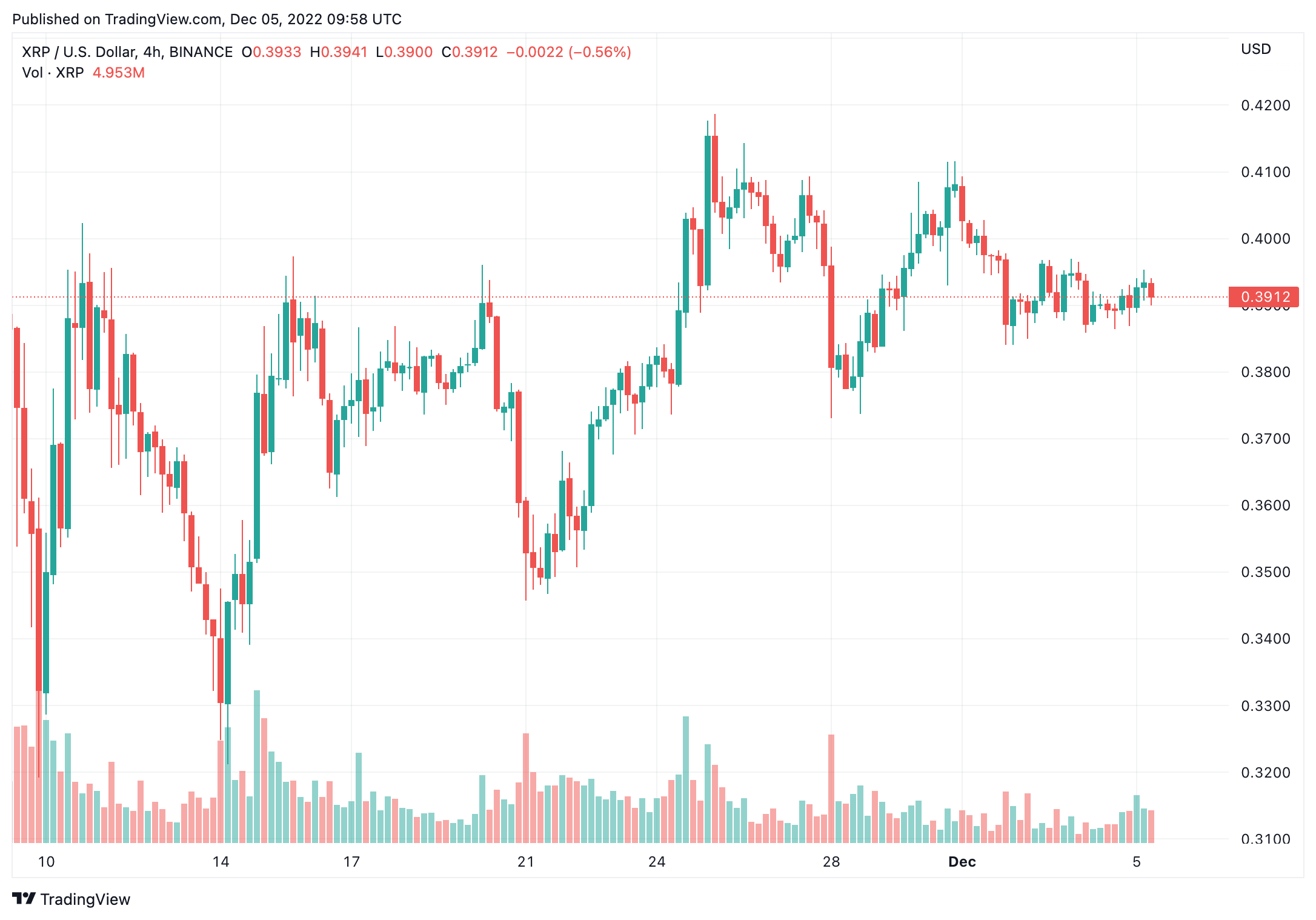 Michal van de Poppe, a crypto trading specialist, stated in a YouTube video on December 4 that XRP is consolidating at the current price level as the Ripple native token looks for a support position before starting on a significant breakout. “We’ve got a bullish divergence, and then we are reclaiming the actual range low around $0.15. Right now, we’ve got a big breakout taking place. We are consolidating again, which is very typical for the price action of XRP, which is going to be waiting for a big breakout. You are looking at for potential entries, of course, if a retest takes place around $0.17,” he said.

The XRP price is $0.39, with a daily correction of about 1%. In this sentence, Poppe said that as the asset would be on the lookout for longs, the level might operate as a trigger if the XRP restest happens around $0.17. The analyst said that price changes in other altcoins might provide a preview of future XRP price movements. According to Poppe, as Litecoin (LTC) gains momentum before the halving event, XRP may soon do the same.

According to the site, the most recent XRP prices came after the currency was removed from Coinbase Wallets because of poor usage. Interestingly, Poppe noted that the delisting would not significantly affect the XRP price movement.

Additionally, technical analysis for XRP is negative; a compilation of daily gauges suggests selling at 12 while moving averages suggest a “strong sell” at 11.

The bearish momentum also affects the forecast for XRP’s Christmas Day 2022. On December 25, XRP is expected to trade around $0.308 based on several technical analyses.

The XRP community will watch for further developments on the dispute between Ripple and the Securities Exchange Commission (SEC). In the past, Ripple has recorded tiny victories while XRP has risen. Furthermore, if the presiding judge rules in favor of Ripple as the case draws to a close, XRP will probably surge.