The XRP price surpassed $1 on April 6 for the first time since March 2018, putting its market valuation at around $47 billion. 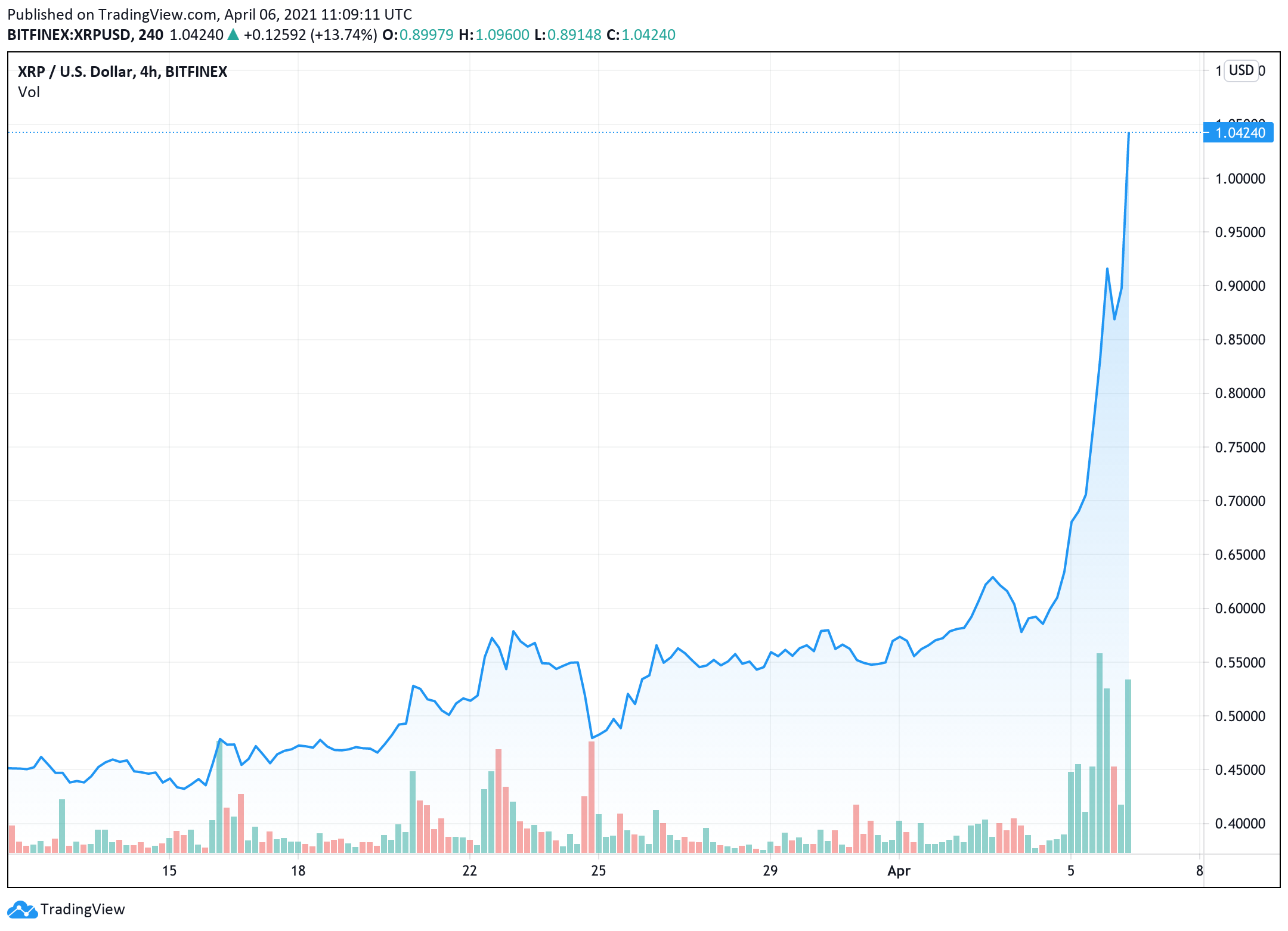 Despite the ongoing legal battle with the Securities and Exchange Commission and today’s hearing, XRP has exploded in value over the past few days. XRP is up more than 70% in a week and its price hits $ 1 for the first time since mid-2018.

In late 2020, the SEC accused blockchain-based payment processors of conducting an unregistered securities offering worth $ 1.3 billion. While Ripple’s executives have stated in many cases that they will prevail, the consequences for Ripple and XRP are immediate.

Multiple exchanges started delisting XRP, especially such located in the US. The adverse domino effect impacted the asset’s price, which slumped by about 70% in a matter of days in late 2020. As time went on and both sides filed documents with District Judge Analisa Torres, XRP actually started to recover.

This notable surge could be somewhat attributed to the hearing scheduled to occur today – April 6th, which attorney Jeremy Hogan, not affiliated with the case, classified as the next big thing to look at. It’s worth noting that while many exchanges delisted XRP, a few reversed the decision and actually relisted the coin. This was the case with the Switzerland-based trading venue Lykke.

We are thrilled to #RelistXRP – bridging the gap of traditional finance with the new world of blockchain is our mantra and #XRP is foundational to achieving this goal; it is a milestone that regulation allows us to relist, a big step forward. https://t.co/DPaECaJXlU

Approximately at the same time, #RelistXRP became a trending topic in the US. As such, it’s entirely possible that XRP’s massive pump could be a speculation that the SEC will provide clarity on the case, which would ultimately enable the largest digital asset exchanges to indeed relist the token.

XRP Army wants to interfere in the legal battle between…