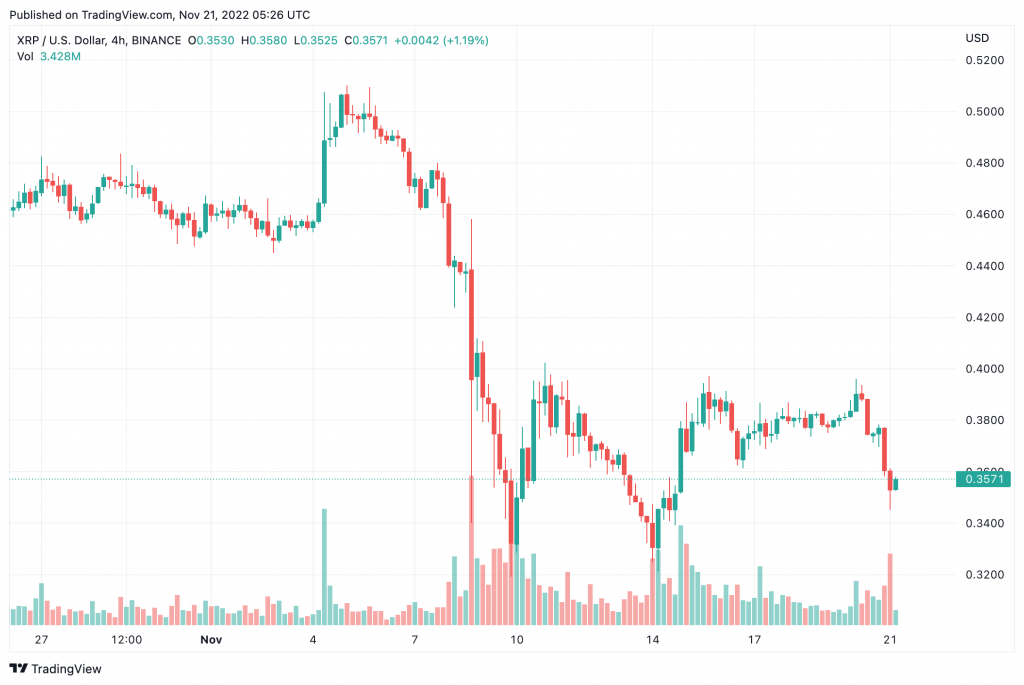 The crucial factor is that the price of XRP accurately calculated the figure within a short period, which creates the prospect of history being repeated but on a much grander scale. As a result, a similar pattern is developing on the monthly XRP price chart shown above. On the first day of 2018, XRP hit an all-time high of $3,317. But from 2013 to 2017, a comparable buildup in the bullish triangle was also discernible. An increase of 4,430% in three months followed the exit.

The technical analysis predicts that if current trends continue, the price of XRP should exit accumulation in October 2024 and surge toward $30 on momentum. Nevertheless, technical analysis without consideration of fundamentals cannot be considered, thankfully or unluckily. It is important to remember that XRP was not previously subject to the same governmental pressure and that the crypto industry was more untamed and less structured.

The assets of FTX, a defunct cryptocurrency exchange, appeal to Ripple. Brad Garlinghouse, CEO of ripple, would be open to purchasing the exchange’s business-oriented components. The business is also interested in other businesses that were part of the expansive portfolio of the FTX crypto empire. This would make it possible for Garlinghouse to strategically scale the business, which intends to keep growing despite the current bear market.

After failing to obtain a bailout from several investors, FTX ultimately filed for Chapter 11 bankruptcy on November 11. On the verge of the exchange’s eventual collapse, former FTX CEO Sam Bankman-Fried contacted

In a recent interview with CNBC International, the CEO of Ripple implied that the FTX exchange was a scam. Garlinghouse emphasized the need for the bitcoin market to develop. Ripple also declared in August that it was open to purchasing the assets of the defunct cryptocurrency lender Celsius.

The business, connected to the well-known XRP cryptocurrency, is preparing to enter the EU market. It wants to purchase a virtual asset service provider (VASP) in Ireland. The arduous legal dispute Ripple is currently engaged in with the U.S. Securities and Exchange Commission is anticipated to be resolved in the second half of 2023.