XRP price opened May with a decent price rebound after falling 28% in April, what’s next?

XRP price opened in May with a decent rebound after a 28% drop in April, its worst monthly performance since June 2021. Furthermore, the XRP/USD pair shows the prospect of recovery in the coming weeks. At the time of writing, Ripple’s native token is changing hands at $0.6168. 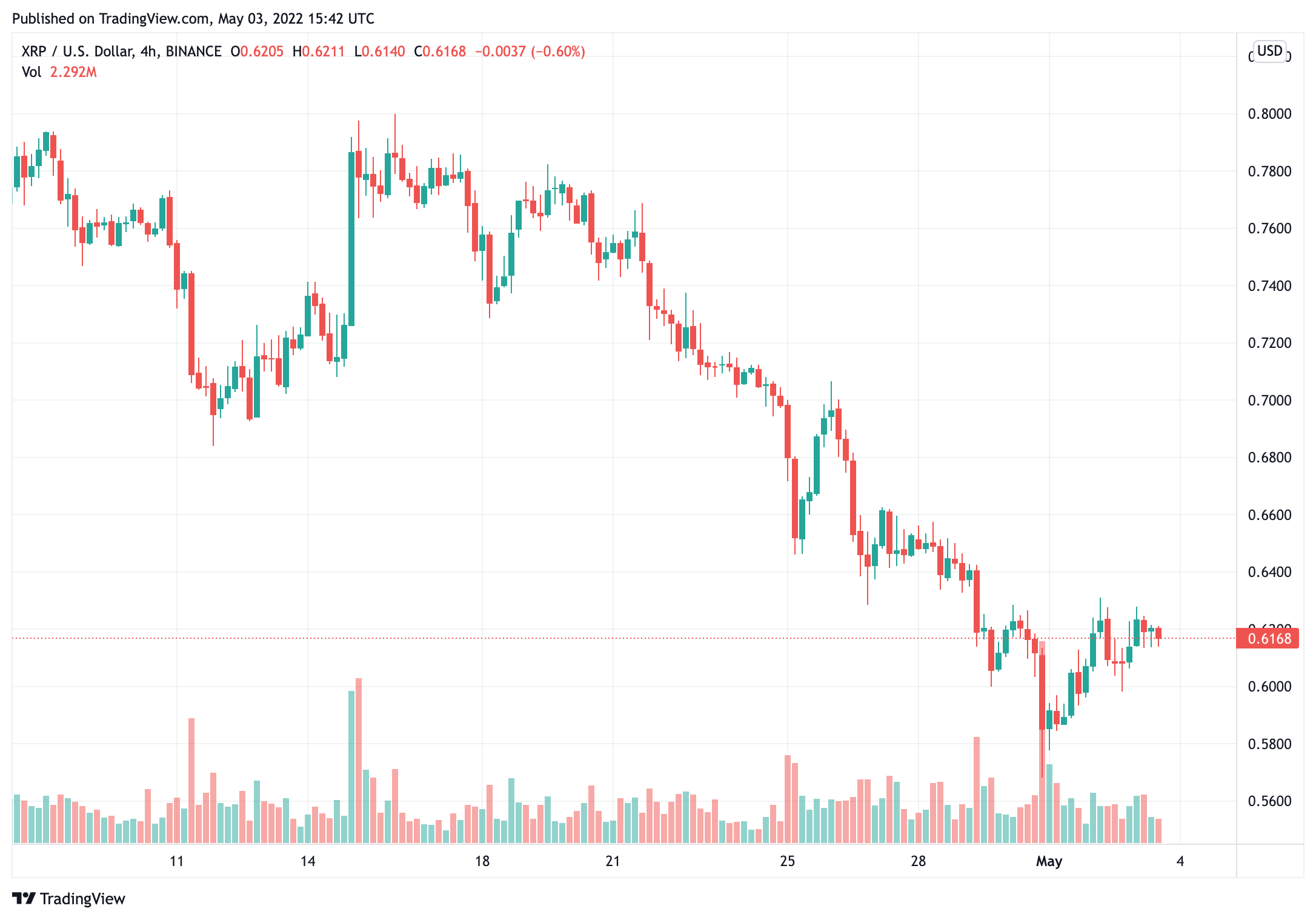 The XRP price increased by nearly 6.25% in the first two days of May to $0.63. Buying sentiment rose to around $0.58, which acted as strong support in January 2022 and allowed XRP to rally more than 50% thereafter. Interestingly, the $0.58 support coincides with XRP’s 200-week exponential moving average.

It also serves as the lower trendline of a broader descending triangle, a bearish indicator targeting $0.18 in the coming months. But with the price of XRP rising from the confluence of support levels, the possibility of a retest of the triangle’s upper trendline is high. That would have the token tested above $0.75 – up almost 30% from today’s price – as their next resistance target in Q2 2022.

In December 2020, the United States Securities and Exchange Commission (SEC) filed a lawsuit against Ripple for conducting an illegal sale of securities via XRP. However, recent hearings indicate that Ripple’s case is going relatively well. XRP has emerged as a speculative vehicle for traders looking to benefit from the ongoing SEC and Ripple case.

The case between the SEC and Ripple has dampened buying sentiment in the XRP market, as it is the only veteran token in the top 10 that has failed to break through the 2017-2018 bull market peak. But analysts believe that Ripple’s win will significantly improve XRP’s bullish outlook.

Top Altcoins To Buy And Avoid This Dip, According to A Chain Of Blocks

Here’s why XRP-focused investment products had…

Ripple response to SEC assertions that the Hinman…

Whales have wired close to 450 million XRP between…

Will the US SEC falter in its lawsuit against Ripple…