XRP price is up 170% since the start of the year despite the SEC lawsuit, a signal that Ripple can survive the case?

The cryptocurrency market is the Buy Rumors – Sell News market. Hence, any news can affect the price of a token. And of course, XRP is no exception. However, it is worth mentioning that XRP price was not hit hard after a massive crash in late December after Ripple was taken to court by the U.S. Securities and Exchange Commission. Even XRP has hit a five-week high after Ripple signaled confidence in its victory over the SEC. 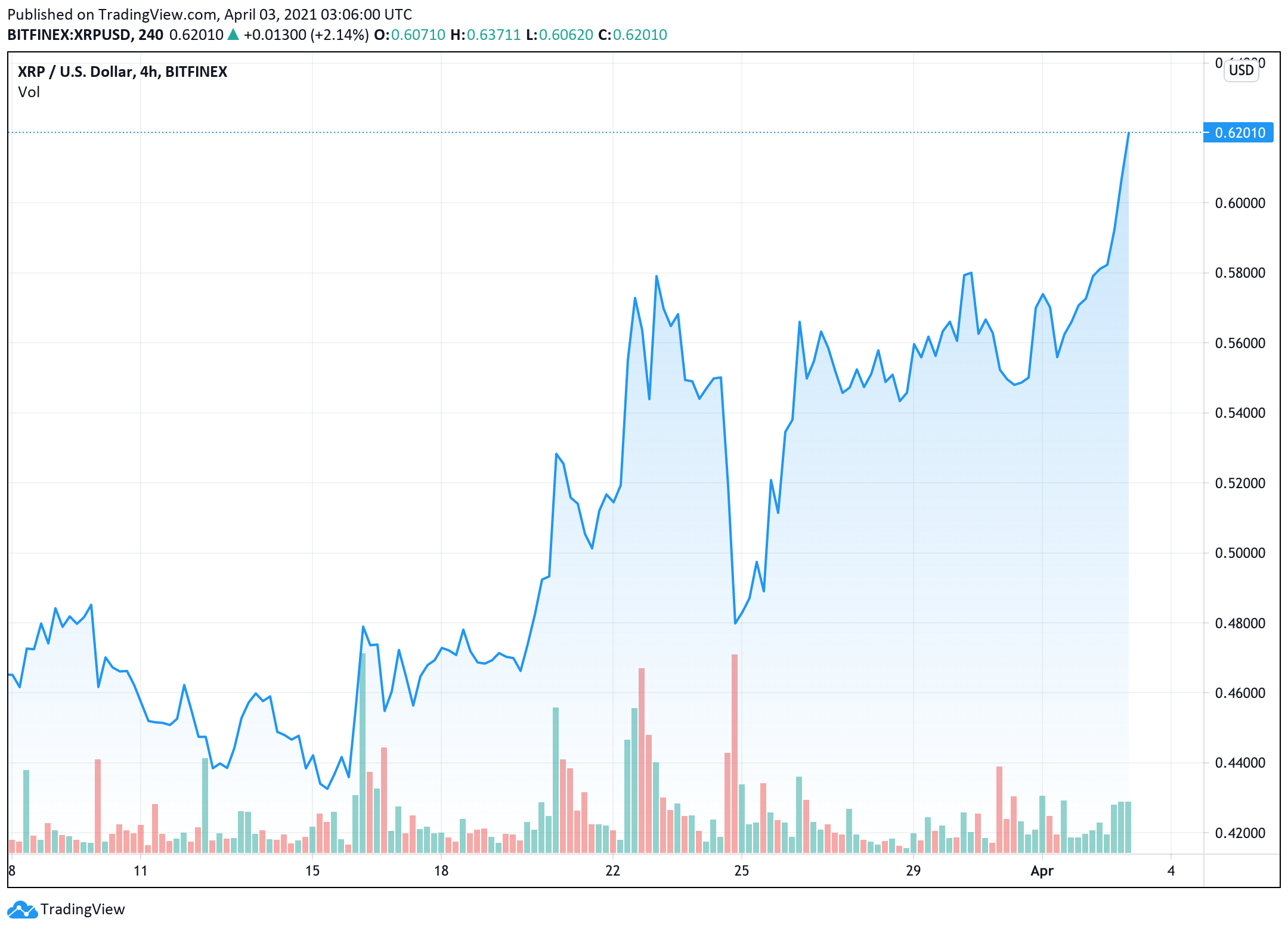 XRP price is up 170% since the start of the year, investors may think the SEC’s case against Ripple won’t amount to much

That was a notable change for XRP, which dropped to as low as $ 0.17 after the SEC filed the lawsuit. SEC states that Ripple Labs, co-founder, and executive chairman Chris Larsen, and co-founder / CEO Brad Garlinghouse, are responsible for $ 1.3 billion in unregistered securities services – XRP is securely Unregistered being mentioned. Generally speaking, security is an investment contract that is meant to contribute to a financial joint venture with the expectation of earning future profits. The SEC regulates the buying and selling of securities in the US.

XRP holders — who have recently been allowed to file a motion to intervene in the case — claim that the complaint was caused in a miniskirt. Ripple CEO Brad Garlinghouse expressed his confidence that the blockchain company would prevail in the lawsuit against the agency during his most recent interview with CNN’s Julia Chatterley.

Following the allegations, several exchanges and exchanges – among them Coinbase, Binance.US, Blockchain.com, Crypto.com, and eToro – suspended XRP trading. Ripple has also suffered setbacks; Its partnership with MoneyGram ended in March after subsequently citing uncertainty regarding their ongoing litigation.

But Ripple and its leadership team resisted the allegations. It has asked the court to force the SEC to hand over documents related to the agency’s checks against Bitcoin and Ethereum, which appear to have escaped SEC scrutiny. The agency has been quiet about its approach to crypto asset valuation.

Such documents may include referring to XRP as a “virtual currency” rather than a security, which could advance Ripple’s case. Or, armed with agency criteria to determine which cryptocurrency assets are securities, Ripple could argue that it shares the characteristics of Bitcoin and Ether.

XRP’s most recent bull run – the token quickly hit $ 0.60 in February before dropping to $ 0.41 two weeks later – could signal that investors believe the money electronics and the company behind it, may exist in the SEC case, especially after stablecoin issuer Tether exited a year from the New York Attorney General’s Office extending an investigation into financial fraud with a fine of $ 18.5 million but admitting to no crime.

XRP price can also prove that the cryptocurrency market, in general, is really hot. However, it has risen faster than some of the other coins in the top 10. According to Nomics, the price of XRP has risen 170% since the beginning of the year, outperforming Bitcoin, Ethereum, Litecoin, and Chainlink among the major coins Top 10 market cap coins.

Bitcoin price is approaching $ 60,000 while ETH is setting new peak at $ 2,146 though the price rally shows no signs of slowing down

Analyst Nicholas Merten says the altcoin supercycle of 2021 is back!

Ripple CEO Brad Garlinghouse is asking a judge to…

Ripple is making some progress in settlement talks with…