The XRP price is up 26.22% in the past week, outperforming top cryptocurrencies like Bitcoin and Ethereum, which are currently down 5% and 20%, respectively. At the time of publication, XRP was changing hands at $0.435, up 10% in the last 24 hours. 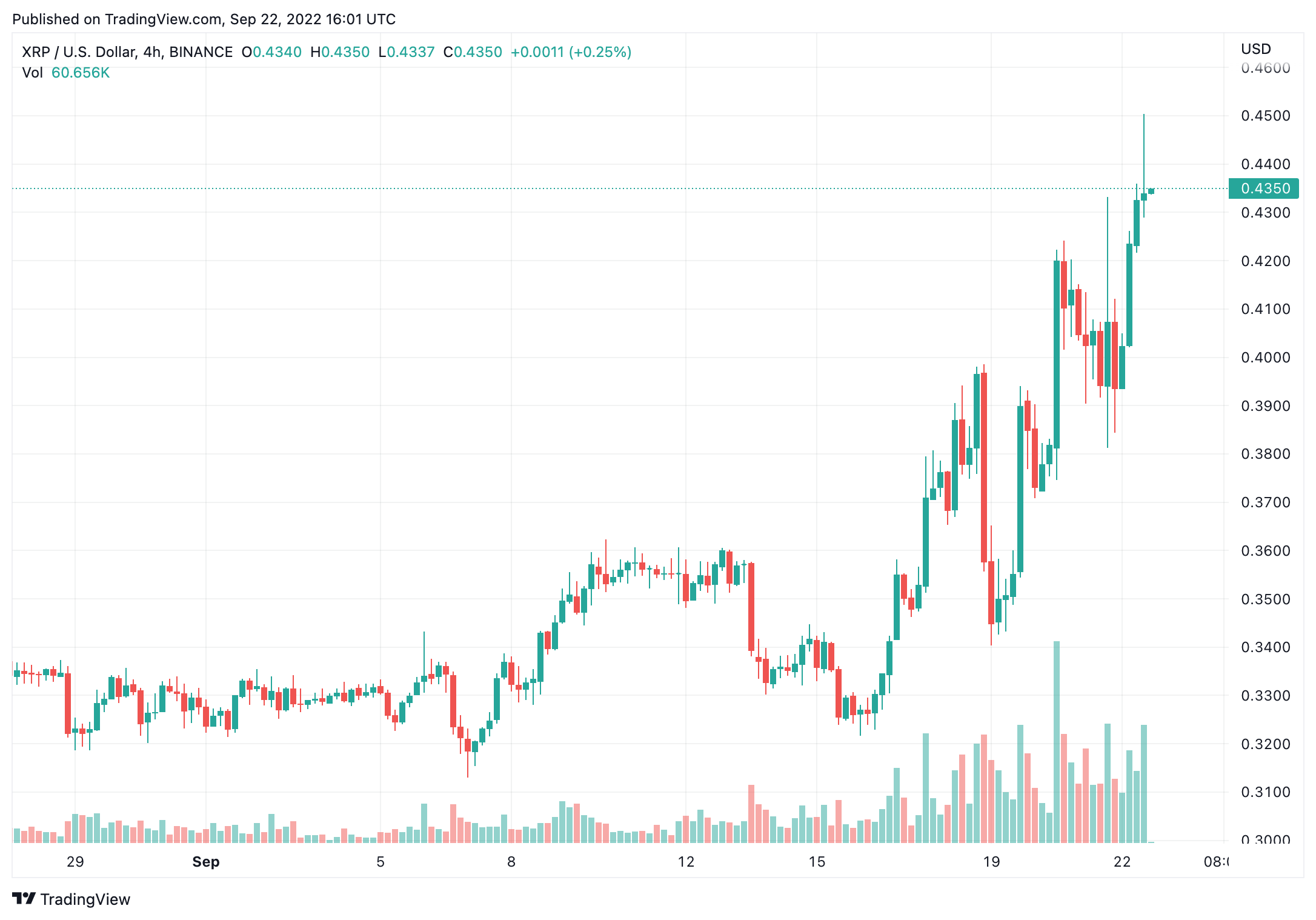 The most recent success of Ripple in court against the SEC fueled the 30% rally on XRP, which is why the spotlight on the most profitable cryptocurrency on the market has been taken from assets like LDO. In the last few days, the trading volume on XRP rose to around 1 billion, a value the market has not seen for the last four months, especially positively.

Back in May, more than 1 billion coins were circulating on centralized exchanges, unfortunately, because of the enormous selling pressure that appeared on the market.

As for now, the trading volume and profiles suggest that the rally is not fading, which means we can see the acceleration of the current rally, especially if the company has a winning streak in court. In one of our recent articles, we mentioned how XRP could be aiming at new highs, but it will not be able to cover the loss investors face after purchasing the asset around local highs.

📈 #XRPNetwork is +17%this past week, while #Bitcoin (-5%), #Ethereum (-16%), and most of #crypto has declined. The ongoing battles between #Ripple & the #SEC regarding increased regulation has mainly led to increased trader optimism & high whale movement. https://t.co/QT81FtWJvB pic.twitter.com/YY4SOJWXaC

Trader optimism increased amid positive developments in the ongoing Ripple lawsuit. A well-known trader indicated that XRP had the most bullish set-up on the crypto market, with the potential for a further breakout.

Adding to traders’ optimism is the recent visit of Caroline D. Pham. This American attorney serves as a commissioner of the Commodity Futures Trading Commission (CFTC), to Ripple Labs, which she stated was part of her “learning tour.” Related Ripple CEO’s Meeting with CFTC Commissioner Sparks Flurry of Speculation Several believes that the timing of the visit might not be a coincidence. Some XRP supporters even speculated that the CFTC might take over as the currency’s regulator, which might mean that XRP would be classified as a commodity.