According to CoinShares weekly reports, the XRP price ended the third week in a row with positive weekly flows. That means that despite the apathy and bearish sentiment on the crypto market, XRP is one of the few digital assets attracting funds. 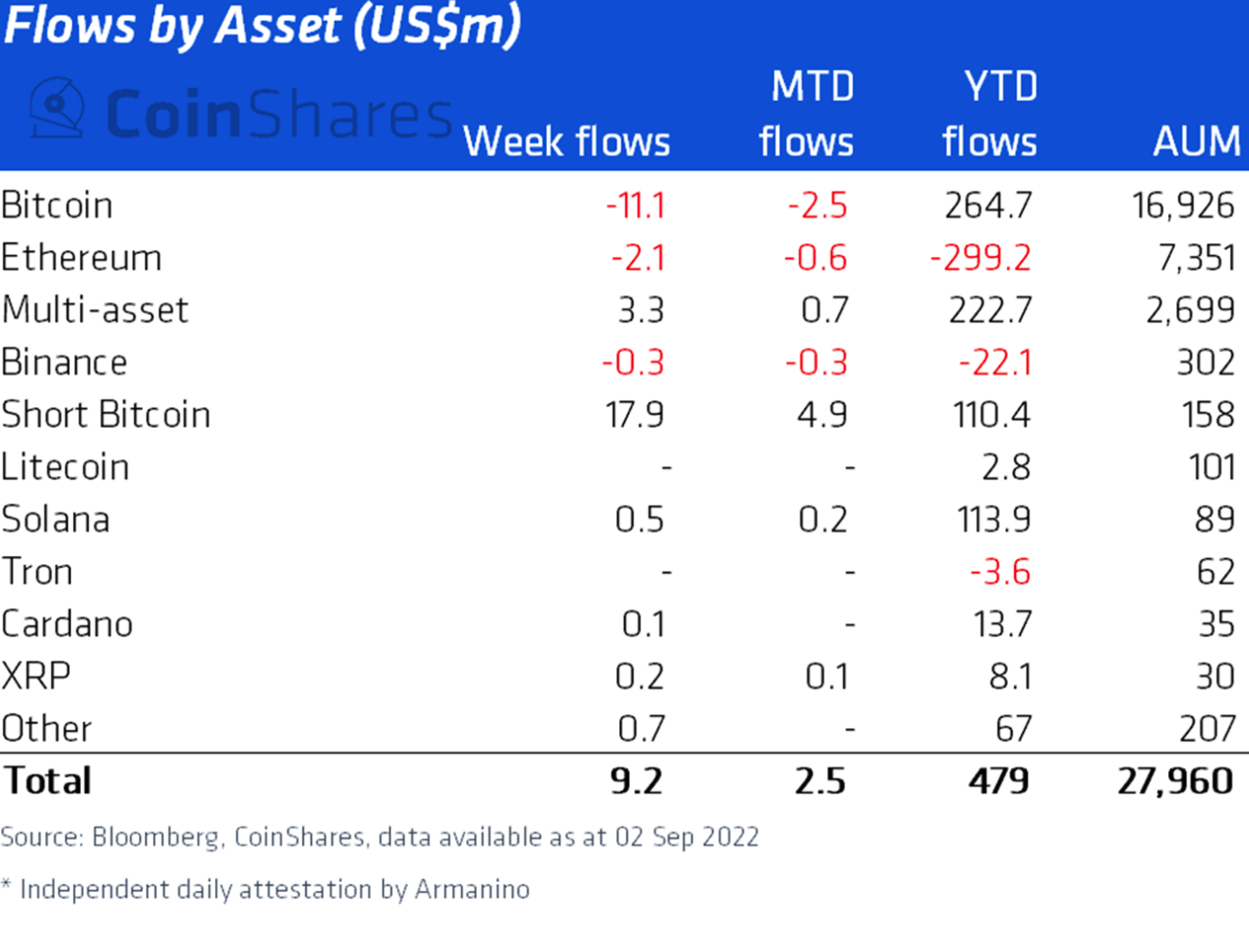 So, XRP had total inflows of $200,000 for the week. It is accompanied by cryptocurrencies such as Solana (SOL) with $500,000 in inflows, as well as Cardano with $100,000 in inflows. In addition to these three assets, funds totaling $17.9 million were actively flowing into the Short Bitcoin tool.

Combined with the outflow of $11.1 million from BTC, this statistic eloquently reflects the mood of crypto market participants. The bigger picture is an overall inflow of $9.2 million in digital assets, but given that most of it are directed to short sales of the main cryptocurrency, it can hardly be considered positive.

The constant inflow of funds into XRP and Cardano over the past three weeks makes these cryptocurrencies stand out. The volume of inflows is small, but against the background of massive continuing outflows from Bitcoin, even that is fortunate. If the inflows into these assets continue amid record low trading volumes for the last few years on the whole crypto market, $915 million, then one can imagine that these coins have a solid chance to make it during the next altcoin season or bull run. Money is a clear indicator; where it goes, that is where one should look.

Will Elon Musk use his second appearance on TV to pump Dogecoin price?