XRP price has set a bearish outlook that could push it back to levels last seen in December 2020 and during the COVID 2020 crash; therefore, investors need to be cautious towards Ripple. 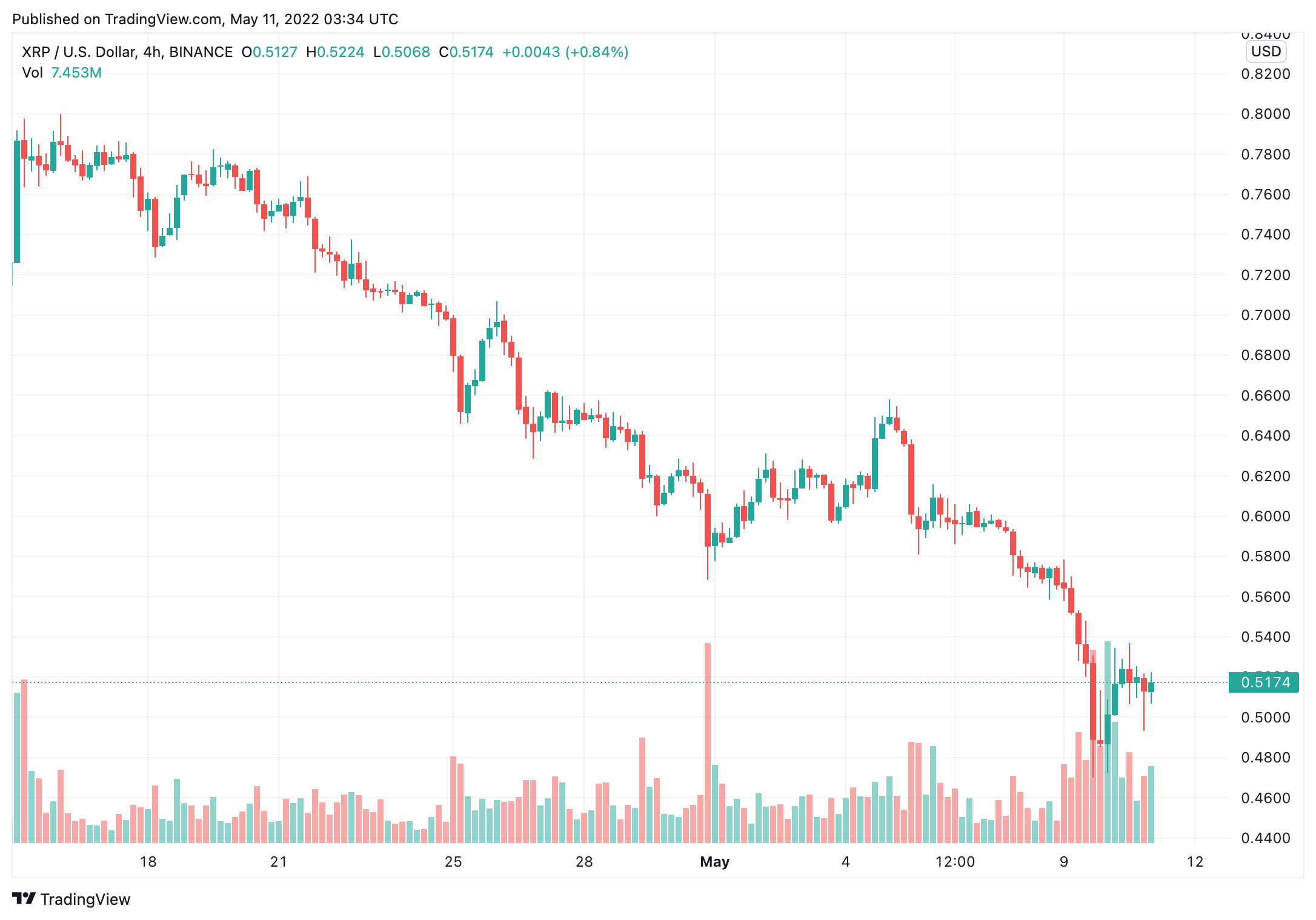 XRP price action since March 29 has produced four lower highs and higher lows, which, when connected using trendlines, indicate the formation of a symmetrical triangle, a pennant. This setup essentially converges between the two trend lines, squeezing the price. After a certain point, the rollback breaks out into a volatile move.

Unlike other setups with bias, pennants can be broken in two ways. This technical formation forecasts a 69% move, which is determined by adding the distance between the high and low of the first swing to the breakout point.

Although XRP price settled in a bullish move after the last three retests of the lower trendline, the latest tag nonetheless resulted in a bearish move. When the crypto market crashed on May 5, XRP price followed suit, breaking the pennant’s lower trendline at $0.575.

Adding the forecast measure to this breakout suggests a target of $0.176. However, unlike many altcoins, the XRP price has maintained its upward momentum and has not suffered a rapid decline. So, there is hope for the bulls if there is a quick bounce above the lower trendline.

However, a crash could crash the remittance token down to $0.330. A break of this barrier will bring the price of XRP to the forecast target of $0.176. 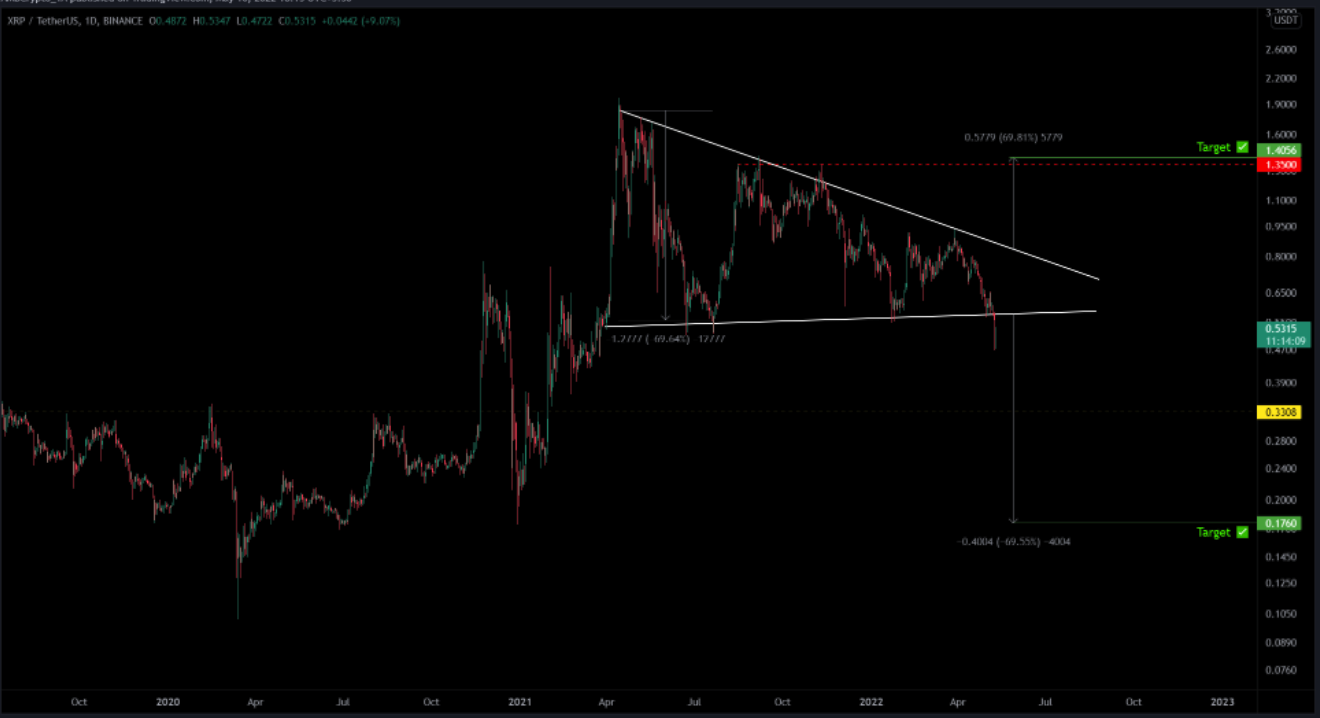 Supporting this potential downward move in XRP price is a 365-day Market Value to Real Value (MVRV) model. As explained in previous articles, this indicator is used to gauge the sentiment of holders by measuring the average profit/loss of investors who have purchased XRP tokens over the past year.

Based on XRP historical data, the 365-day MVRV is hovering around -38%, a well-known support level and has served as the basis for reversal moves. However, second support at -50%, which caused a trend change in December 2018, March 2020 and December 2020.

Therefore, a chance of a drop lower remains in the cards for XRP price, which supports the bearish outlook depicted from a technical point of view.

Bitcoin price stabilized at around $30,000 – the bottom of a year-long trading range

Here’s why XRP-focused investment products had…

Ripple response to SEC assertions that the Hinman…

Whales have wired close to 450 million XRP between…

Will the US SEC falter in its lawsuit against Ripple…