It’s been a good day for XRP price. The seventh-largest crypto by market capitalization has risen by over 9% today following news that both Ripple and the U.S Securities and Exchange Commission (SEC) have filed summary judgment motions. The two parties in the ongoing XRP lawsuit believe the presiding judge has adequate information to deliver a verdict without letting the case proceed to trial. 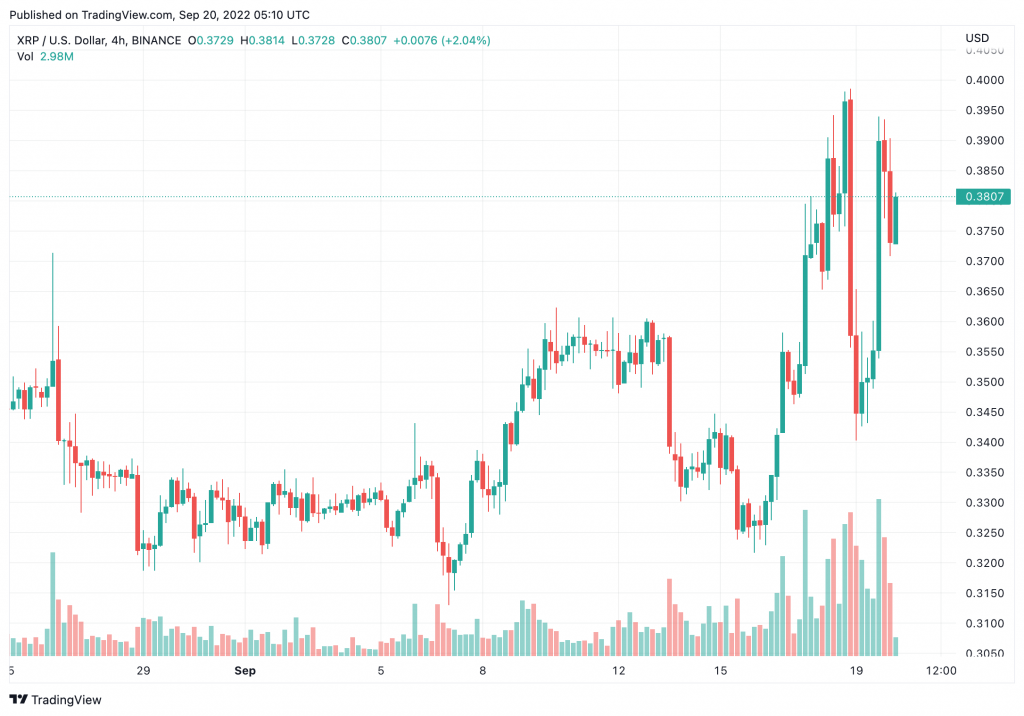 Ripple, SEC Seek Speedy Resolution Of Suit as XRP price up to 10%

The Securities and Exchange Commission and Ripple — the blockchain company behind XRP — are both looking to end their ongoing court battle without a protracted trial. The two parties filed motions for summary judgment in the Southern District of New York, urging Judge Analisa Torres to announce a decision based on the legal filings that have already been presented rather than on testimony given at trial.

In December 2020, the SEC sued Ripple and two of the company’s top executives, Brad Garlinghouse and Chris Larsen, alleging that the firm raised $1.38 billion via an unlicensed securities offering.

The central question of the lawsuit is whether or not Ripple sold unregistered securities when it offered its XRP token to investors, and the answer to that requires identifying whether or not XRP is a security.

In the last two years, multiple documents have been filed by both parties, with Ripple emphasizing that XRP does not qualify as a security under the Howey Test — a four-part test created by the Supreme Court in 1946 to ascertain whether something is a security.

The recently filed motions for summary judgment suggest the parties are requesting the judge to rule on whether either the SEC or Ripple has presented enough evidence to prove whether or not there was a breach of federal securities regulations.

Ripple General Counsel Stuart Alderoty reiterated this argument in a tweet sharing his opinion on the summary judgment briefs. “After two years of litigation, the SEC is unable to identify any contract for investment (that’s what the statute requires) and cannot satisfy a single prong of the Supreme Court’s Howey test. Everything else is just noise. Congress only gave the SEC jurisdiction over securities. Let’s get back to what the law says.”

While the judge is yet to give her ruling on the summary judgment motions, market participants appear to have welcomed the news as the price of XRP surged over 6% earlier to hit an intraday high of $0.394 while other major cryptos remained flat. It has since retraced to $0.384 at publication time.

Several legal experts commented on the summary judgment motions on Twitter. In a September 18 tweet, attorney Jeremy Hogan said, “the SEC has got a couple of big problems: Its expert agrees that most of the changes in XRP price are due to market forces (and not Ripple). Ouch.”

Similarly, lawyer Fred Rispoli, who is known for closely following the case, said the agency relies heavily on marketing efforts, and “while this IS the weakest point for Ripple, I just don’t think it is close to being weak enough to give SEC the win.”

If the ruling goes against the SEC, the agency and chair Gary Gensler will be seriously enfeebled, and the price of XRP, which has been under immense pressure since the lawsuit was lodged, would likely skyrocket.

If the SEC prevails, however, it will deal a huge blow to the broader crypto space. It could prompt the regulatory watchdog to initiate new enforcement actions and label more crypto assets as securities.