XRP price has broken out above a two-month-long resistance, trading inside a parallel ascending channel

Since the beginning of September, the XRP price has been trading in a range of $ 0.23 – $ 0.263 except for a slight deviation below the support zone on September 19th. Yesterday, XRP finally closed a candle. Daily above this range at $ 0.265. It continued to rise early in the morning to reach $ 0.28 but has since pulled back $ 0.272. If XRP continues to rise, the next closest resistance zone will be found at $ 0.295. Elsewhere, Ripple moved another huge amount of XRP along with one of its ODL platforms and the BitGo monitoring service that PayPal considered to buy.

According to the 4-hour chart, the XRP price has been trading inside a parallel ascending channel since September 24. Movement contained inside a parallel channel is usually corrective, which could mean the current gain is a correction rather than the start of an uptrend.

A break out of the channel will invalidate this scenario and possibly drive the price towards the aforementioned $ 0.295 resistance zone.

Prices are in a downtrend, according to analyst Gordongekko369. However, he predicts that the trend will reverse soon, and XRP/BTC will rise. 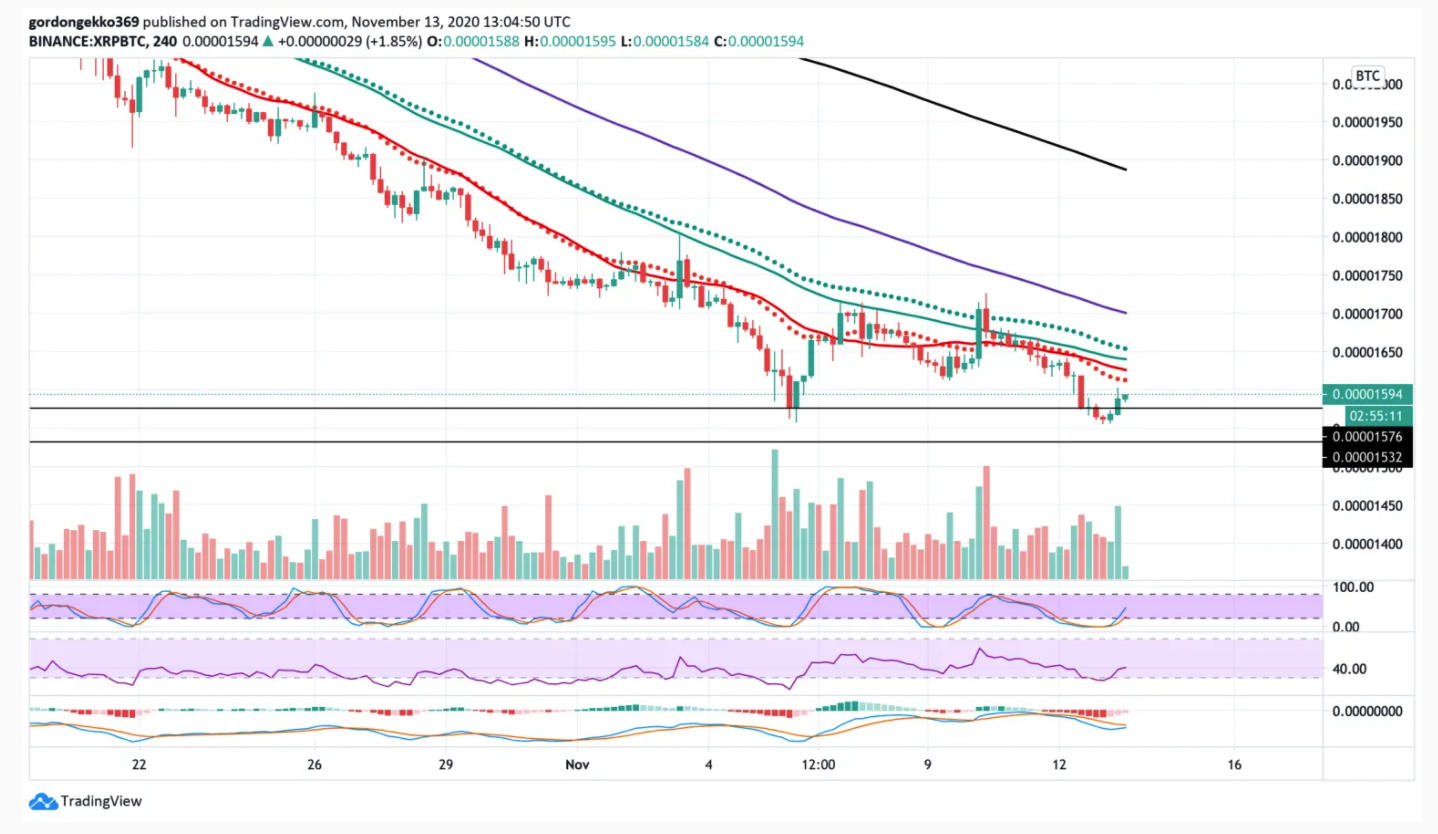 The XRP/BTC chart shows that the rapid decline has taken place since the beginning of October, during which the price has lost nearly 30% of its value.

The drop was temporarily stopped, and XRPBTC made a double bottom near 1,565 satoshis. This is often seen as a bullish reversal pattern. Furthermore, this pattern is combined with a bullish divergence in the RSI, making a reversal more likely.

If so, the nearest resistance zone will be between 1,880 – 1,980 satoshi. However, the lack of horizontal support makes predicting a reversal more difficult.

Ripple has moved about 111 million XRP

Ripple, its ODL platform in Europe, along with monitoring service BitGo and a crypto exchange Bitstamp used a total of 111 million XRP – equivalent to $ 29,535,129. 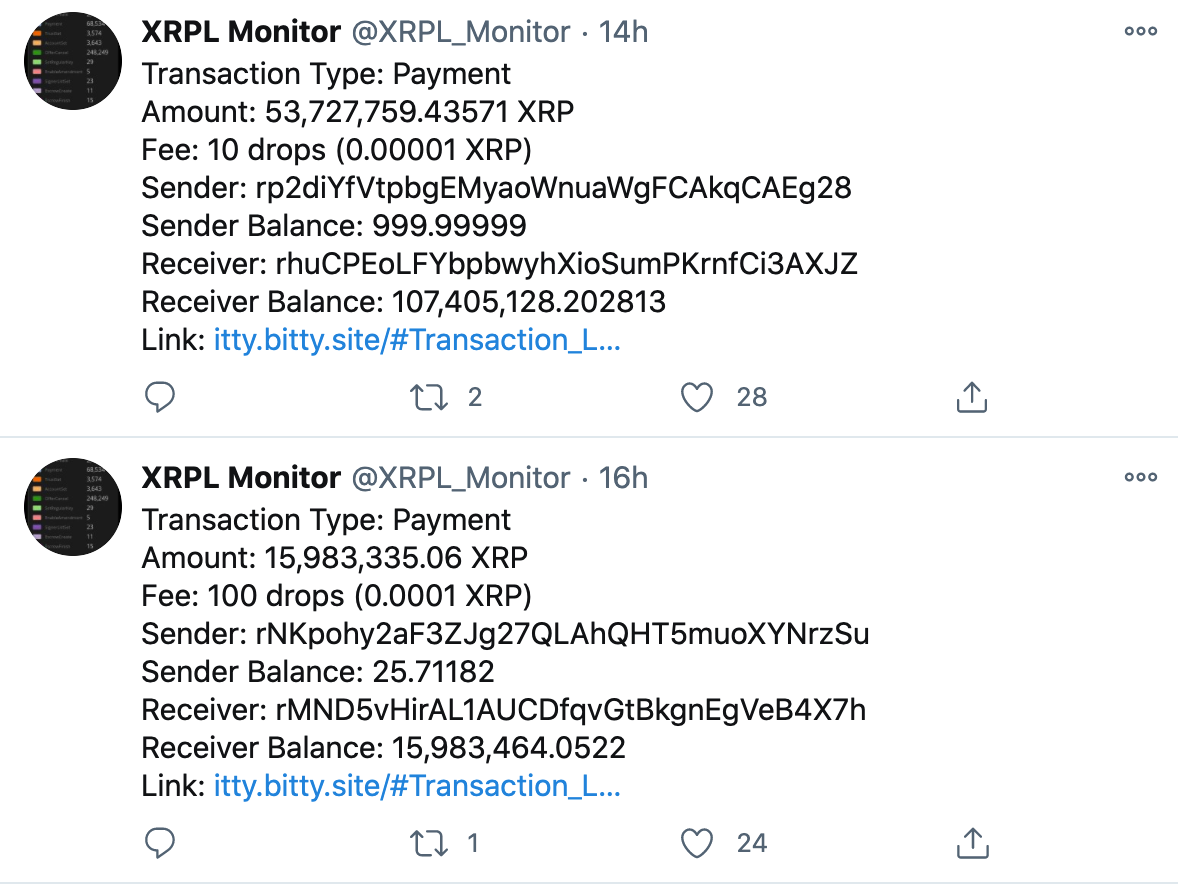 In particular, Ripple has made two transfers of 16 million XRP each. Funds are transferred between Ripple’s internal digital wallets, with the company allegedly the RL18-VN “additional escrow wallet” among them.

From this wallet are supposed to be sent to Ripple’s customers and partners’ wallets, which are financial institutions. Ripple typically performs these activities through the BitGo platform, which combines the functions of a wallet, an exchange, and a monitoring service for institutional players.

The percentage of ETH being held on the crypto exchange is at 13.35% of total supply in circulation – lowest since November 23rd, 2018