XRP price has been in a macro downtrend for nearly 1,000 days

Since the low in March 2020, XRP price has increased by more than 50%, trading at $ 0.183 at press time. However, this rebound did not convince the market that XRP is returning in a bull market. In fact, according to trader Peter Brandt, soon, XRP will be on the macro bear market for more than 1,000 days.

XRP price will have been in a macro bear market for over 1,000 days

Despite the medium-term rallies in the entire cryptocurrency market, XRP is still more heavily affected than others. As of now, XRP is down about 94% from its all-time high of over $ 3.

The macro performance of the asset is so weak that a leading technical analyst at cryptocurrency research firm Blockfyre recently said the following:

“901 Days of lower highs. 99 left to hit 1000 sunrises + sunsets. It has been entirely left behind in the markets with each mini alt season.” 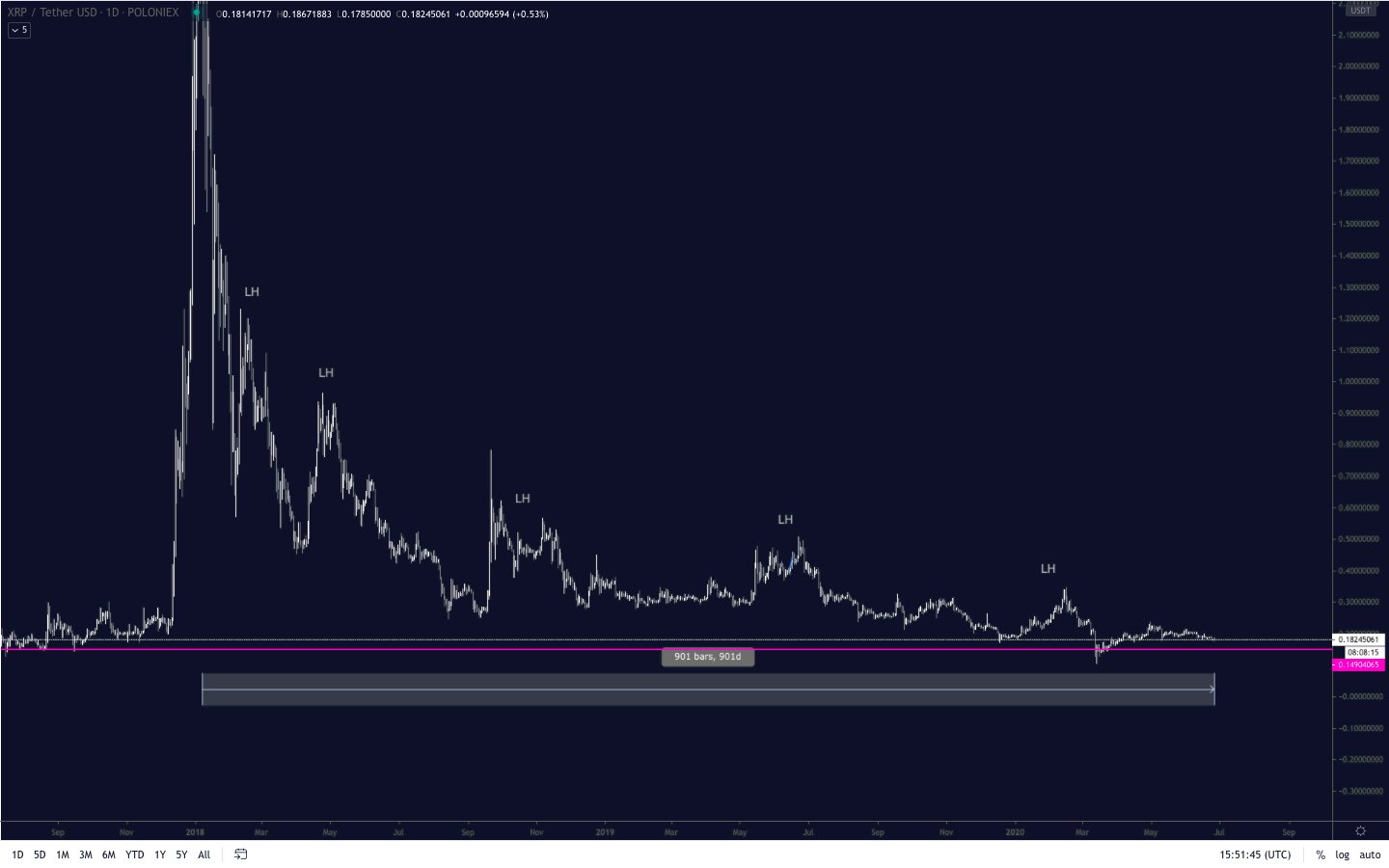 Synonymous, XRP has been in a macro downtrend for nearly 1,000 days.

As AZCoin News reported, according to Weiss Crypto Ratings, XRP price does not seem to be out of the bear market yet.

“XRP appears to be in a bear market. It keeps making lower highs and lower lows, with the most recent low being as early as May of this year.”

The gloomy performance of XRP is far from being realized. Accordingly, from the perspective of respected commodities traders and Bitcoin bull, Peter Brandt, this argument is entirely correct.

Before the March crash, Brandt thought that the XRP price looked incredibly pathetic. According to Brandt, the fact that there is only “white space below” its price, meaning there is little historical support.

I am breaking a promise.

I said I would never again post a chart of $XRP

There is no prediction attached to this tweet. But, Brandt later said that he thought a 90% reduction in XRP trading pairs against Bitcoin could occur.

Simps & wannabes accuse me of being a hater. I’m not. I’m super bullish $BTC & $ETH

In 45 years as a career market speculator, I’ve come to discern the real deals from the possible scams

I’ve only attempted to warn people that $XRP is a manipulated market & a dead end pic.twitter.com/8G26XxrAOb

Besides, cryptocurrencies have recently fallen below key monthly support levels. From an investor perspective, fundamentals are not a reason to invest in an asset that is trending down for 851 days and losing significant monthly support/resistance levels.

Could XRP reverse a 900-day downtrend as the whales accumulating?