XRP price going for a 3-year high, almost 210 million token has been transferred by some exchanges that delisted it in January

While Bitcoin has suffered below $60,000, some altcoins have taken advantage by registering impressive gains. Apart from BNB’s newest price records, XRP price is also another remarkable performer. XRP has returned above $1 for the first time since mid-2018 and has reclaimed the 4th spot in terms of market cap. 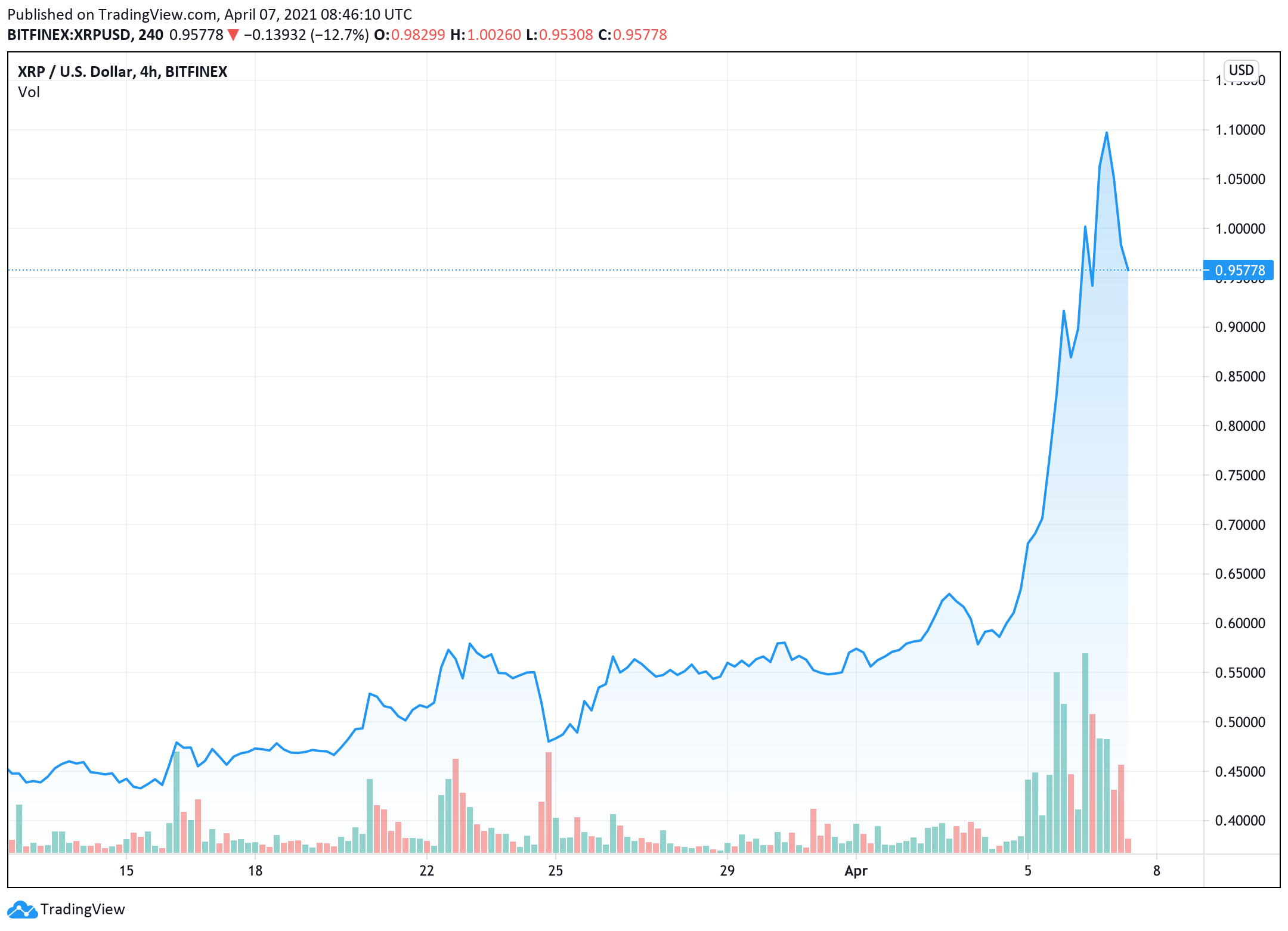 New records among the altcoins with Ripple going for a 3-year high above $1,10

Ripple is among the best performers following somewhat positive news from the legal case against the SEC. The payment processor won access to the Commission’s internal crypto discussions in a court hearing yesterday.

However, XRP has been on a roll for several consecutive days. It has gained roughly 100% since April 4th and jumped to above $1.10 earlier today. Naturally, the asset’s market capitalization has surged as well, and XRP has now become the 4th largest crypto by that metric.

According to Whale Alert, almost 210 million XRP – 209.2 million coins – wired over the past twenty hours. Among the XRP movers here are several top-tier exchanges – Binance, Bittrex, Coinbase – and a few smaller ones. XRP price has surged in the past couple of days, so this amount is now worth a whopping $202,869,254 in fiat.

The largest amount of tokens at one go was sent by Coinbase – 61,999,980 XRP. Binance has also taken part in transacting 60 million XRP. These funds were moved between Binance and BitGo crypto exchange and crypto custody platform for financial institutions.

Such exchanges as Bittrex and Coinbase are known to have suspended XRP trading in January but they keep working with the asset. Besides, the campaign started on Twitter recently that urges exchanges to relist XRP continues.

At press time, the XRP price is changing hands at $0.98. Meanwhile, Ripple Labs has been scoring some victories in court against the SEC recently. As AZCoin News reported, the company has come to a consensus with the SEC about partial redacting of its financial documents that have to be submitted to the judge.

Besides, the court has ruled that the US securities regulator has to provide its documentation to do with Bitcoin and Ethereum based on which these two top cryptocurrencies got their status of non-security assets from the SEC.

XRP Army wants to interfere in the legal battle between…