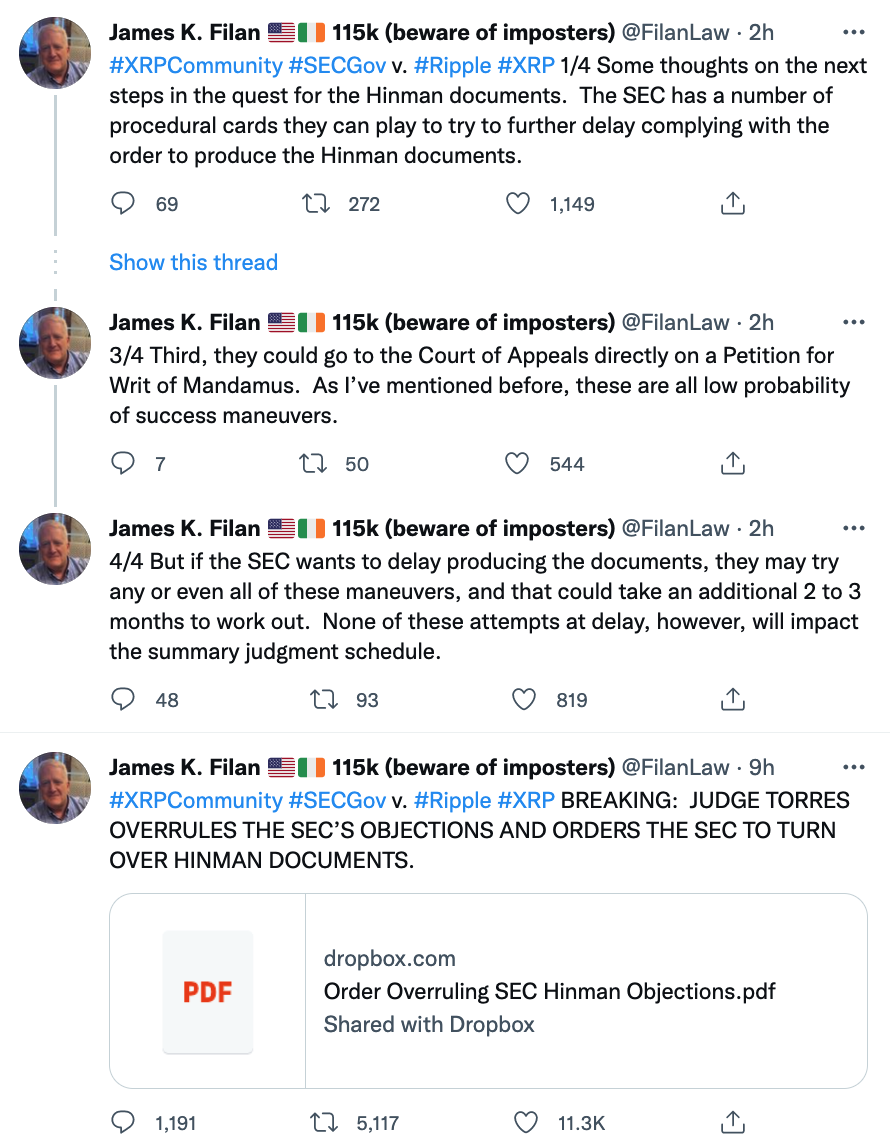 Hinman stated in his speech that Ether (ETH) was not a security. Ripple Labs considers the speech a key piece of evidence for the case the SEC has brought against it, alleging that sales of Ripple’s XRP violated U.S. securities laws — though time has yet to tell whether the language used in the speech will be as meaningful as the company suggests. The circumstances surrounding the speech and Hinman’s actions leading up to it are a source of considerable confusion.

The June 14, 2018 Hinman speech appears to be a dividing line on his calendar, even though for an unknown reason the speech, the Yahoo Finance conference or his travel to San Francisco (documented by video) are not in the redacted document.

Judge Torres’ decision overruled SEC objections to releasing the documents following District Court Judge Sarah Netburn’s order declaring that the emails and drafts of the speech were not protected by deliberative process privilege, as the SEC has claimed. The SEC then claimed attorney-client privilege over the documents, which Netburn overruled in July. Judge Torres’ ruling overruled the SEC’s objections to that decision.

This is why the crypto market should be thankful @Ripple is fighting this case. If you add up the legal fees Ripple has paid to finally get a ruling from Judge Torres it is likely $2-3 million and they still don’t have the documents. Next step: SEC asks to certify or Mandamus. https://t.co/yXiUAoGNJA