According to Santiment, the number of XRP holders with between 100,000 and 1 million XRP in their wallets has reached a new all-time high of 17,625. It seems that at the moment, XRP is dominating discussions across cryptocurrency platforms.

$XRP has had an impressive +8.4% week, and it’s currently the #1 rising asset in discussion rate on #crypto platforms. The rise of holders with coins containing large amounts of $XRP has been very apparent, as addresses with 10-1M tokens are at new ATH’s. https://t.co/IMGAtsz2hf pic.twitter.com/n9X3nHRVDj

The number of XRP holders continues to increase

The performance of XRP price is extremely disappointing in 2020 as XRP is even struggling to regain its 2018 highs after Bitcoin surged to its highest level since early January 2018. XRP price is now down 93% significantly from the top.

However, XRP has been the town’s gossip across various cryptocurrency platforms, currently ranked by Santiment as the number one cryptocurrency according to the rate discussed.

Furthermore, the 8.4% increase in XRP price in the past week has brought excitement to the community. Meanwhile, after rising to almost $ 16,500, Bitcoin is still leading to social dominance and social volume.

There are also 307 large whales holding more than 10 million XRP, down 4 holders from September’s peak of 311.

While XRP is believed to have one of the largest wealth inequality levels among medium and large-cap cryptocurrencies, things seem to be slowly changing. 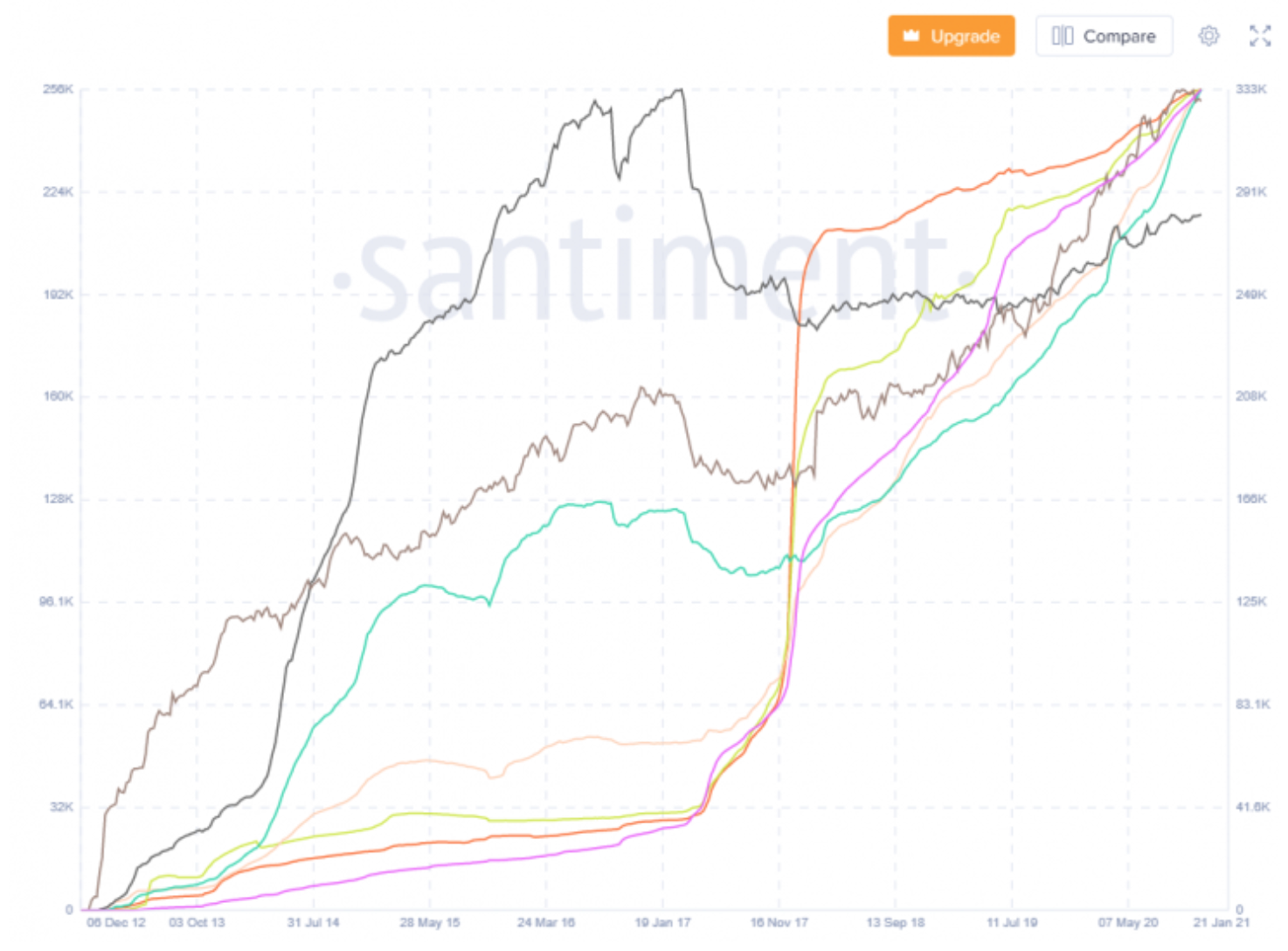 However, according to the data analysis services ledger by XRPL Labs, 67.31% of the token’s circulating supply is owned by the top 100 accounts. To put things in perspective, only 70 wallets contain 32 billion XRP – or $ 8.2 billion at press time.

One of the largest commercial banks in Thailand, Alpha Finance Lab, is partnering with SCB 10X, the investment arm of giant Siam Commercial Bank (SCB). SCB 10X is an early investor in Ripple and crypto lending platform BlockFi.

Alpha Finance is a decentralized financial platform (DeFi), developing an ecosystem of products that will interact with each other across multiple blockchains. ALPHA’s interoperability will promote cross-chain DeFi and cross-chain liquidity to deliver profits that outperform the market.

After this news, Alpha Finance (ALPHA) saw a 400% increase. Previously, on November 3, ALPHA was trading at an all-time low of $ 0.02 before triggering a strong parabolic move up to $ 0.1 on November 14.

“Working closely with SCB 10X will empower Alpha Finance Lab to expand its DeFi ecosystem with valuable experience from the traditional financial sector to bridge the two worlds together.”

Alpha said the SCB 10X not only provides expertise in the traditional banking sector but also has the ability to provide retail customers to DeFi through fiat on-ramps.

Bitcoin price has faced a slight retracement since the $16,500 highs, the on-chain fundamentals remain bullish