Regarding price performance, XRP has emerged as one of this week’s best crypto assets. The altcoin, which has recently piqued the eye of traders, has outperformed its peers, securing gains of up to 15%.

The rise is remarkable for XRP supporters, primarily because it was accomplished when most of the leading altcoins by market capitalization experienced price volatility.

In a recent tweet, Santiment describes the bullish pattern, noting that the price increase in XRP can be attributed to a jump in network address within the last week.

According to Santiment, XRP has also experienced an increase in social dominance, which has sparked demand for the asset and resulted in a price increase. It is worth mentioning that XRP bulls were able to extend their gains into Friday. 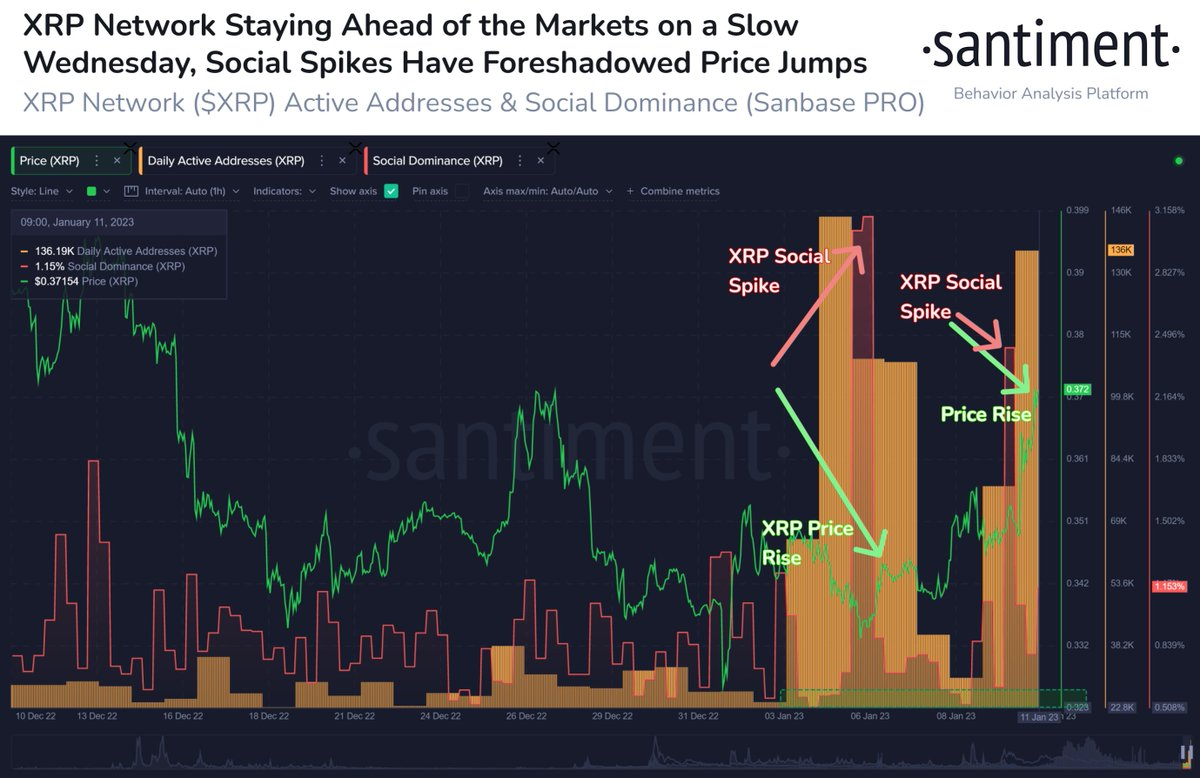 XRP’s 24-hour gains were still up 2.89% at the time of writing. Furthermore, the asset’s 7-day performance above 12% suggests that XRP bulls are gaining pace. With current pricing around $0.37, the next few days are critical for the altcoin.

Meanwhile, XRP has gained from a recent whale move. Whales have been trading massive quantities of XRP tokens, according to WhaleAlert.

This week, a massive amount of whale acquisitions were discovered, forcing the price of XRP to skyrocket. The price of XRP swiftly reacted to the changes, with a 10% increase as of the time the purchases were made. 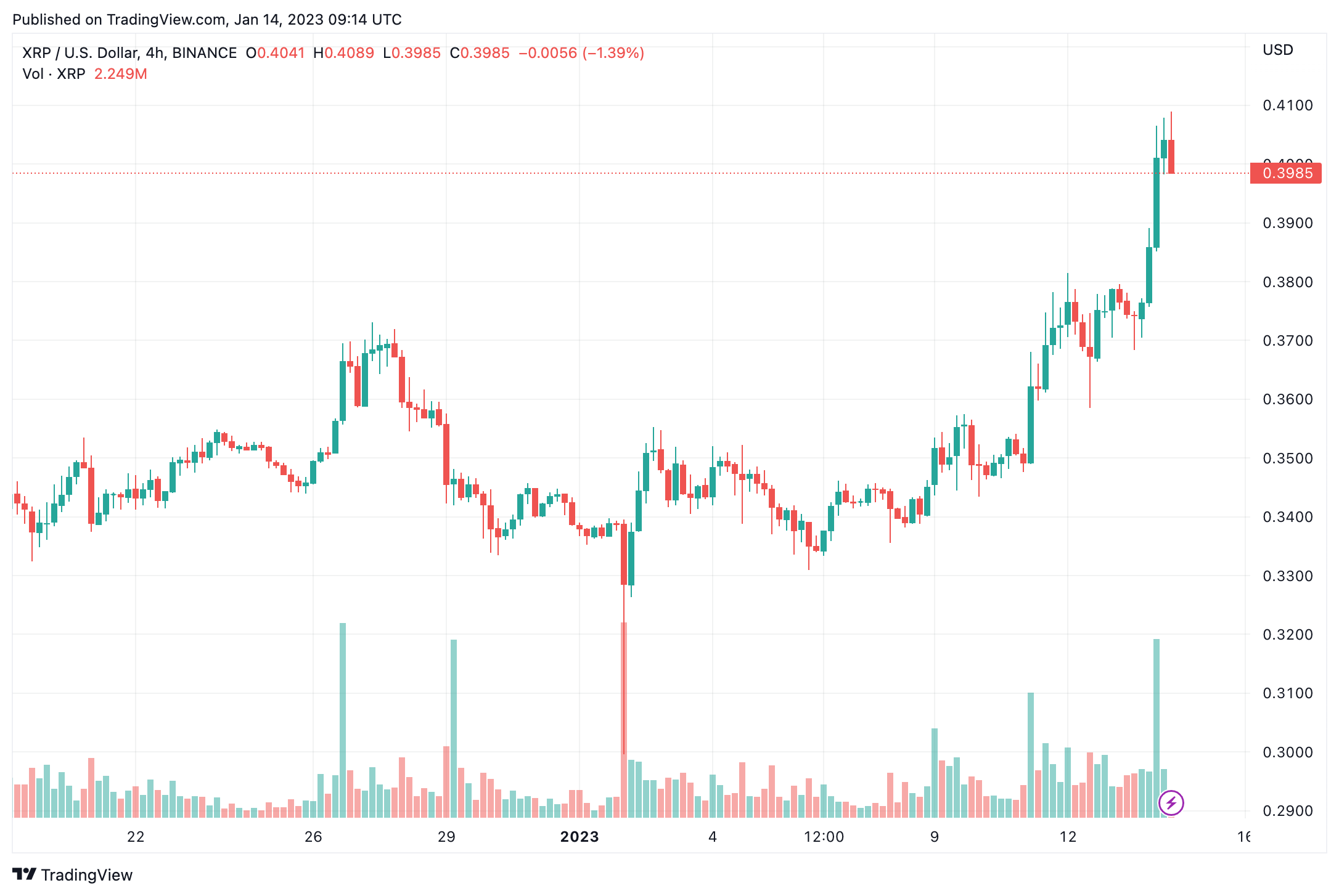 Ripple fans eagerly anticipate the outcome of the pending SEC vs. Ripple case. A famous crypto commentator, Dan Gambardello, has predicted that the case will be decided soon. He believes the verdict will alter the current condition of the cryptocurrency industry. “I think we’ll see a ruling on the Ripple case by March. Considering the timing of the market cycles, this could be a huge pivot point for a crypto shift from bear to bull on the macro”, he stated.

Bitcoin price surge continues nearly $21,000 for the first time since the FTX collapse in early November