XRP against PHP, MXN and AUD iquidity attains new All-Time High and price could soon explode higher by over 100%

New heights every day for the XRP as the recent data reaching us that the liquidity of XRP against Philippines Peso (PHP) on Coins.ph, Mexico Peso on Bitso, and Australian dollar just attained new all-time high with a very wide margin from the previously recorded all-time high.

This seems to be an indication that there has been an increase in the transaction of XRP against Philippines Peso (PHP) for a couple of days, which resulted in a 79% increase. 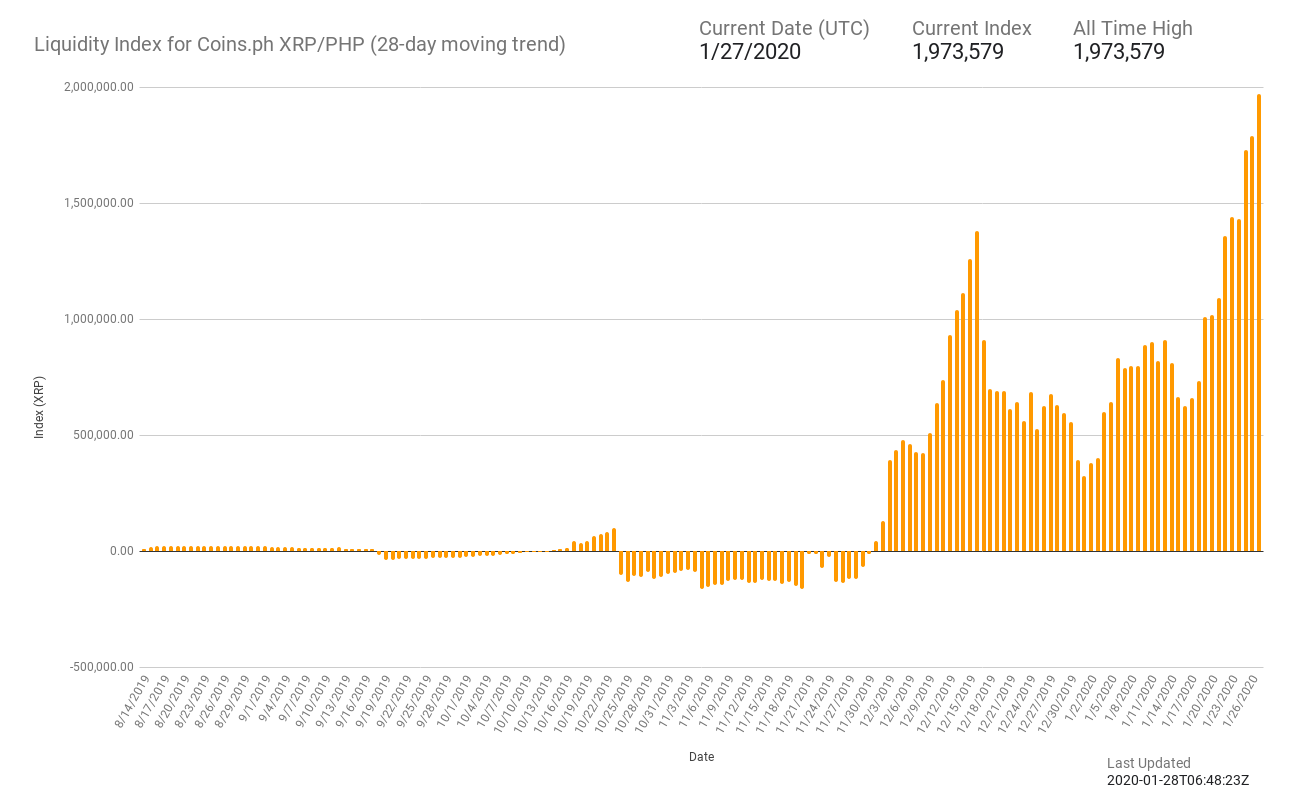 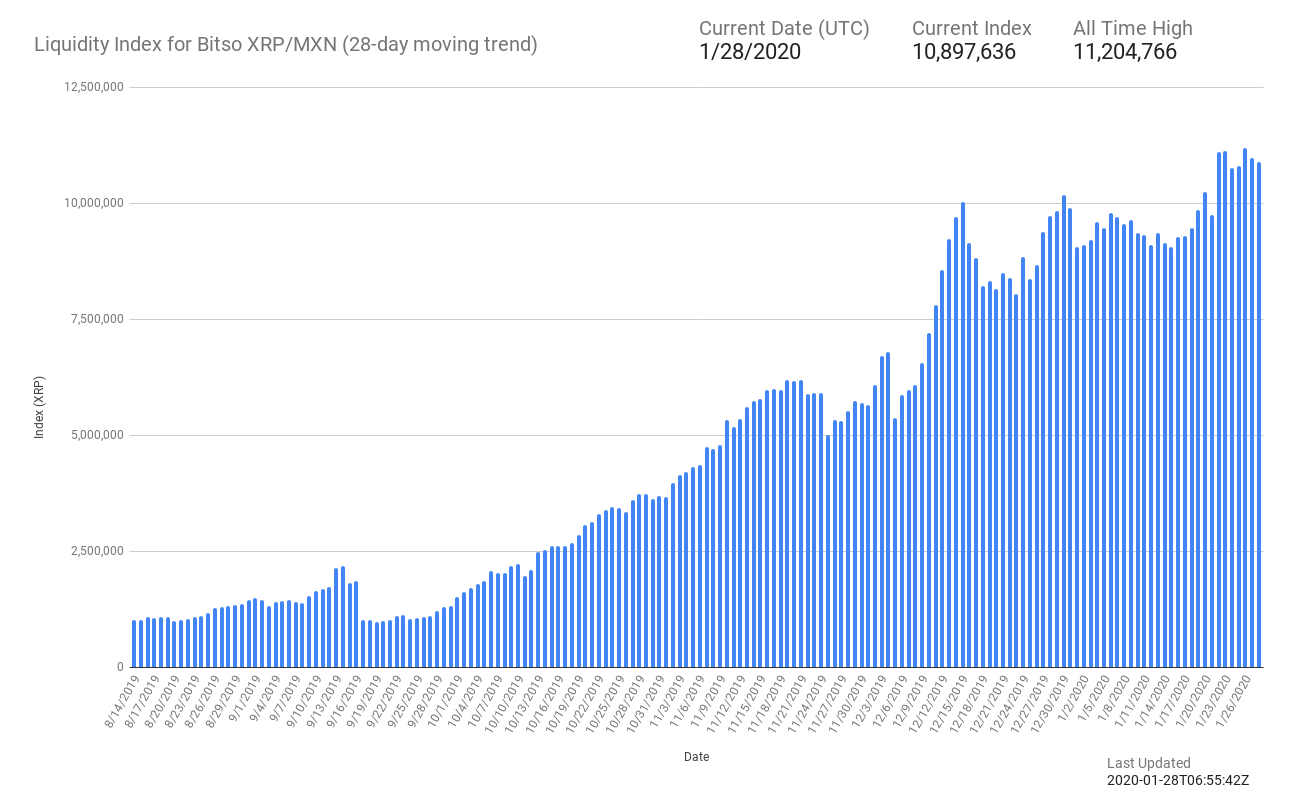 Ripple‘s corridor to Mexico has been trending since it went live and reported another ATH at 11.2 million. According to Public Tableau, Bitstamp-Bitso noted a daily ODL flow of 4million, while the monthly flow reached 22 million. The Mexican corridor has been noting strong USD-MXN volume in the past 24-hours of 1.80 million. 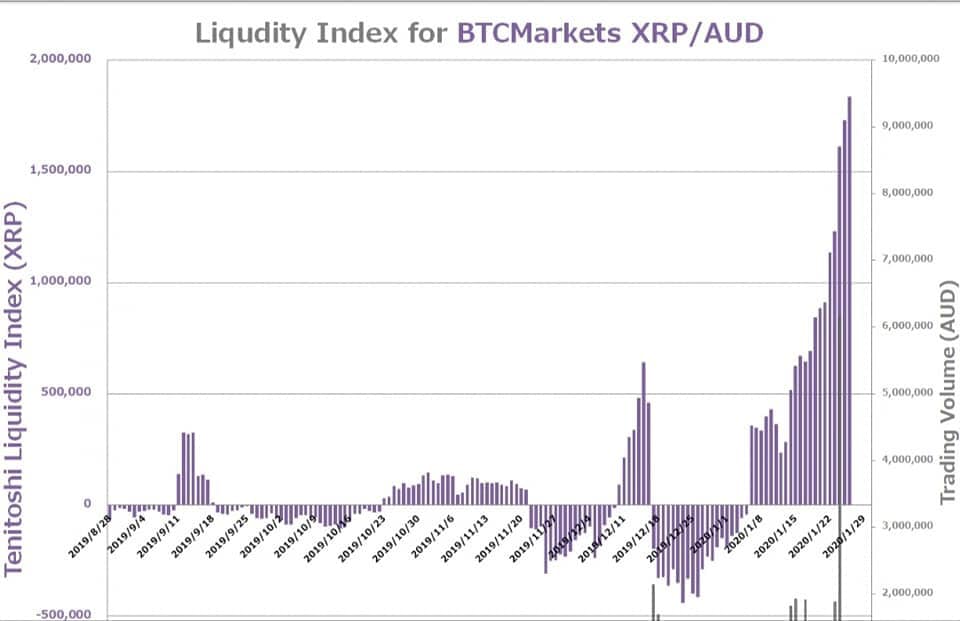 The newest corridor that became active around 8 January, XRP/AUD has been registering an ATH for the past ten days and noted liquidity of almost 1.8 million XRP, equivalent to $408,780.

According to @hmatejx‘s representation of ODL services, the corridor reflected a weekly flow of nearly $2 million, while the monthly flow stood at $7 million.

This shows that XRP, the 3rd largest digital currency by market cap has now joined the company of other cryptocurrencies that are already accepted on the payment platform BitPay.

As related by BitPay, clients can now pay BitPay invoices with the cryptocurrency specifically made for global payments. XRP was reportedly added on the payment platform to serve as a cross-border payment solution.

XRP’s Price Could Soon Explode Higher by Over 100%

XRP didn’t have the best of years in 2019. In a year when effectively all assets posted jaw-dropping gains — Bitcoin gained 95%, the S&P 500 rallied by over 30%, gold posted an approximate 20% gain — the third-largest cryptocurrency plunged 50%. In fact, all altcoins performed really poorly,

Despite this, analysts are certain that the digital asset will soon begin to gain a lot of strength.

In a recent TradingView post, popular analyst TradingShot noted that XRP is seemingly poised to explode higher, pointing to a confluence of bullish technical factors to back such sentiment:

Trader CryptoDude recently said on Twitter that it is “difficult for me to be bullish on Ripple right now.”

$XRP Difficult for me to be bullish on Ripple right now. pic.twitter.com/pXmfZbOtyp

Backing his assertion, he looked to a chart of XRP against the U.S. dollar on a monthly basis. The trader depicted that despite the recent 35% surge off local bottoms, prices not seen in years, the cryptocurrency remains decisively below a key resistance that has been absolutely essential for the asset’s past two to three years of price history.

What’s more, it was actually rejected at the resistance level, suggesting the macro bear trend for XRP remains intact.

Ripple joins its European ODL corridor and a few other…

MoneyGram, Ripple’s biggest partner, is getting…