Since the end of October, about 120,000 more XRP accounts have been added, bringing the total to 4.46 million. 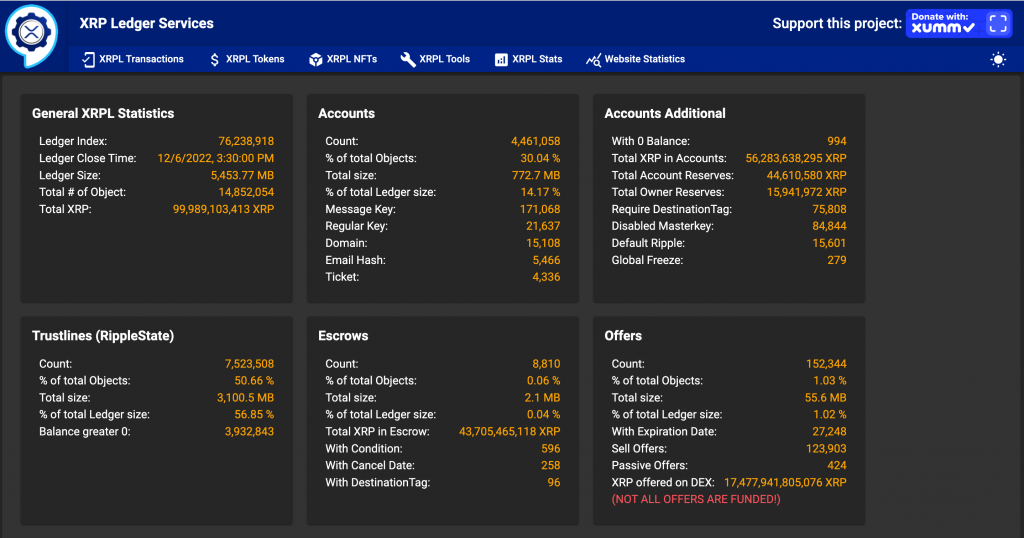 119,000 XRP Accounts Have Been Created Since November, Total Number Getting Insane

There are 56.28 billion XRP altogether in these accounts. Due to the requirement to reserve some tokens to enable operations, there are only 994 accounts that do not have XRP. Thus, the proportion of zero accounts in the total is very small (0.02%).

The decreasing amount of XRPs stored in Ripple escrow accounts is also noteworthy. That number has decreased by 600 million tokens over the specified time frame. Thus, Ripple currently has access to 43.7% of the existing XRP supply.

In light of the most recent adoption of the new XLS-20 standard, the figures for NFTs based on XRPL are very intriguing. There are currently 79,341 NFTs on the XRP Ledger, of which 12,703 are buying, and 66,638 are selling. Late in November, an unnamed community member broke the previous NFT sales record on XRPL by paying 108,900 XRP for an item from the Xpunks collection.