Coincheck, the largest Cryptocurrency Exchange of Japan started Staking service as a new service on the 9th. Lisk (LSK) was adopted as the first cryptocurrency. This service will be provided as part of a verification test where the Company will share rewards received from staking to Coincheck customers who own LSK in their accounts.

“The new staking service will provide new value that enables users to increase assets by just owning cryptocurrencies and to contribute to the development of blockchain networks”. Coincheck said on the blog.

Staking is a system whereby users receive rewards for owning a particular type of cryptocurrency to support blockchain operations. It has gained widespread attention for its potential to create income gains from cryptocurrency investing, which until now was primarily capital gains. Since 2019, numerous major cryptocurrency exchanges have begun providing staking services.

Lisk (LSK), founded in early 2016 by Max Kordek and Oliver Beddows and headquartered in Zug, Switzerland, is a blockchain application platform that seeks to make blockchain technology more accessible to the masses. Lisk will enable developers to create, distribute and manage decentralized Blockchain applications by deploying their own sidechain linked to the Lisk network, including a custom token. 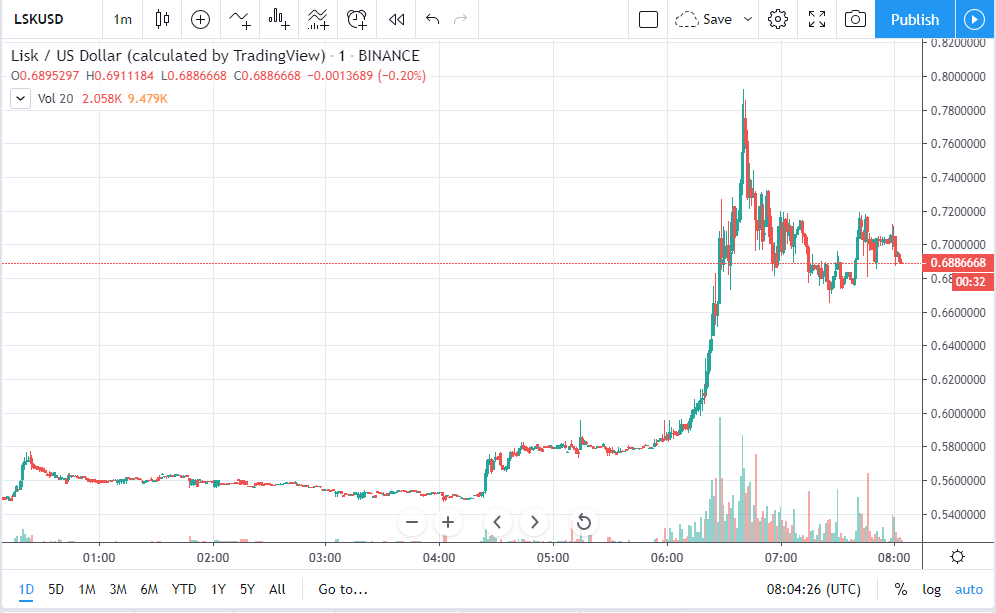 After Coincheck announced this news, LSK jumps 25 percent in 24h, trading around $ 0,69. You can check LSK price live now.

Christine Lagarde: European Central Bank will move forward with efforts on a CBDC