Africa has long been a territory with poor Internet access. And when the COVID-19 pandemic took place, this event made it more difficult for migrant workers to send money or goods home to families. As a result, crypto payment and payment solutions have emerged as a new trend in Africa. 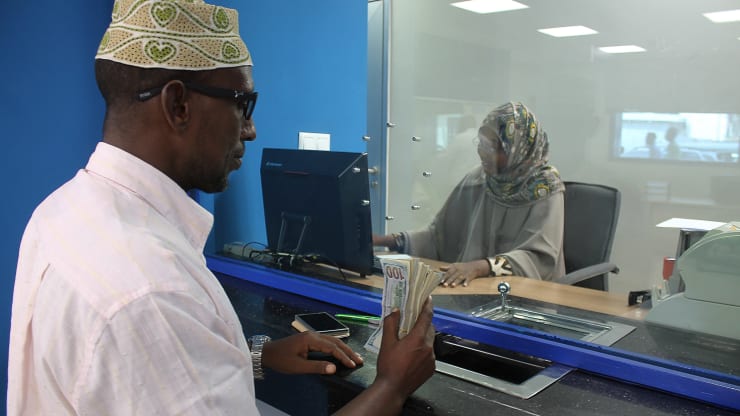 According to information from the World Bank, remittance flows to low and middle-income countries (LMICs) are projected to fall by almost 20% in 2020. This is one of the sharpest declines in history. Not only did it make people unemployed, but COVID-19 also made it harder for immigrant workers to send money home.

Also according to the World Bank, Sub-Saharan Africa is projected to reduce its remittance by 23.1% in 2020. In the first quarter of 2020, the region continued to have the highest average remittance costs, with the average transfer. of $ 200 charged at about 9%.

Even for those who have maintained the financial capability to transfer money, lockdown measures have impacted access to MTOs (money transfer operators) in receiving countries.

For these reasons, Oxfam and around 90 other NGOs, wrote a letter calling the U.S. and European governments to take urgent action to facilitate wiring or other payment settlement mechanisms. It also calls on Somali officials, MTOs, international banks, and bodies such as the UN to coordinate efforts to boost the accessibility of remittance payments. It is known that this letter was sent to international bodies documenting the impact of the plunge in remittance payments in Somalia.

When it comes to developing countries, in particular Africa, and why this revolution will usher in people’s financial independence and inclusion, we start with the eye-opening reality that African users have essentially leapfrogged developed nations in the usage of both technologies — where mobile phones have long been the African primary tool of choice for business and daily life exchanges — and also in terms of their cryptocurrency usage and adoption.

Over 1.7 billion people globally are unbanked, lacking a bank account or credit card to partake in the tools and services that create economic sustainability. This limits their ability to engage in the global economy and grow their business possibilities. Cryptocurrencies provide a new way to enter the global market, using a new form of stored value as a way to transact without bank accounts and credit cards that amass debt.

The lack of trust, volatility, and inflation was seen in African currencies (more than 40 currencies across the continent) as well as the difficulty in exchanging between them, caused locals to seek other tools for holding a value that could also be used cross-border. As a result, crypto payment and payment solutions have emerged as a new trend in Africa.

In particular, Bitcoin is one of the most famous cryptocurrencies in Africa or trading in XRP derivatives. Slightly more comfortable than it has ever been before, opening up a new avenue for those who wish to introduce themselves to the world of crypto.

Moreover, the payment via Bitcoin will not have intermediaries, no complicated workflow, just register, enter your information, and you are ready to trade. With familiarity, trust, and as African users increasingly get used to seeing, trading, and often interacting with cryptocurrencies, they are more inclined to use it in their daily lives.

Moreover, Facebook – the largest social network in the world – has also announced its payment system, money transfer across borders, Libra. Besides, Facebook recently partnered with several of the world’s top telecom companies to build a subsea internet cable to improve internet access across Africa. The cable, called 2Africa, will be 37,000 kilometers (23,000 miles) long and link 16 African countries to Europe and the Middle East.

Facebook hasn’t disclosed how much money it’s contributing to the project, but it won’t be a significant percentage of its projected revenue of $78 billion this year. However, it is highly likely that Facebook is seeking to move further into the African market, thus setting the stage for Libra’s development.