With this release, Cardano (ADA) could become 10 times more resource-efficient

Cardano (ADA) Might Become 10x More Resource-efficient With This Release

2/ The significance of this may not be clear to all of you by reading the table above but in practise it means that Aiken scripts are and will be when it is main-net ready an order of magnitude cheaper, smaller and less resource intensive.

The Nebula software was recently rewritten in the Aiken language, and its resource efficiency was tested, said Cardano (ADA) enthusiast Alessandro Konrad (@berry ales on Twitter), CEO and co-founder of the SpaceBudz collection, maker of Nami Wallet, and owner of Berry Pool. All Aiken actions (token buying, selling, order cancellation, etc.) were up to 10 times more efficient than Plutus in terms of memory utilization, CPU resource consumption, and network fees.

Unable to contain their excitement, Cardano supporters are confident that this release will fundamentally alter the ADA ecosystem in the months to come: The figures are startling. Not even funny, this. When we say that Aiken is a potential dark horse for Cardano in 2023. Plutus is a Cardano-specific smart contract language designed in the Haskell paradigm and optimized for decentralized applications.

Additionally, developers anticipate the deployment of “more sophisticated smart contract scripts” with Aiken. In mid-January 2023, the language will soon be released as an Alpha version. By publishing the first iteration of Cardano (ADA) smart contracts written in the cutting-edge Pythonic programming language Eopsin last week, Cardano (ADA) developers already garnered media attention. This initiative will introduce Cardano (ADA) to all Python supporters, as Python is widely regarded as the programming language for beginners. 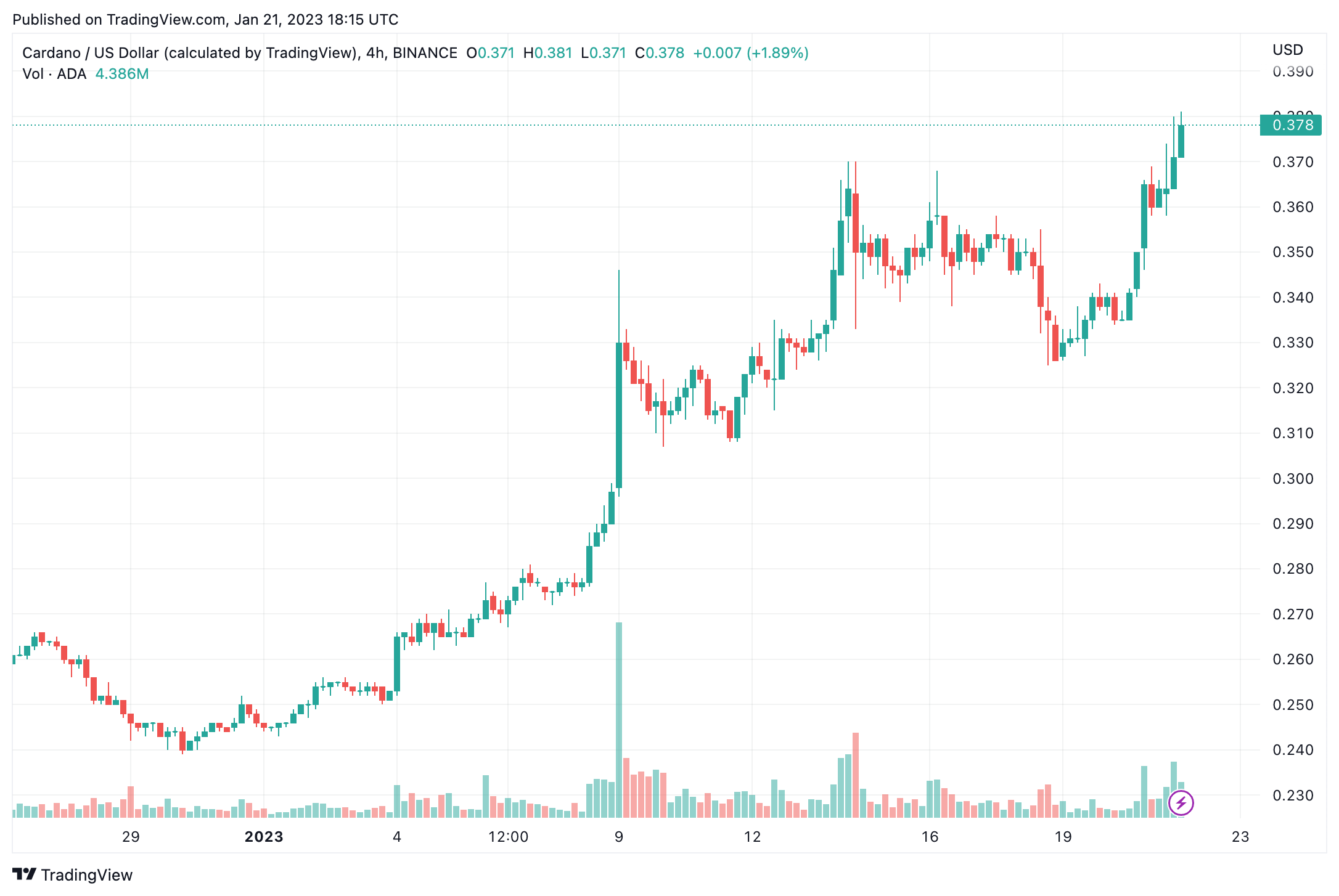