After deploying Shelley public mainnet, ADA price seems to have increased higher. Q2 2020 has been very positive for ADA, which the token up 16.3% on the year and has even outpaced the king of smart contracts, Ethereum.

The transition to Shelley is expected to increase the scalability and decentralization of the blockchain. These are two important components for its future success. 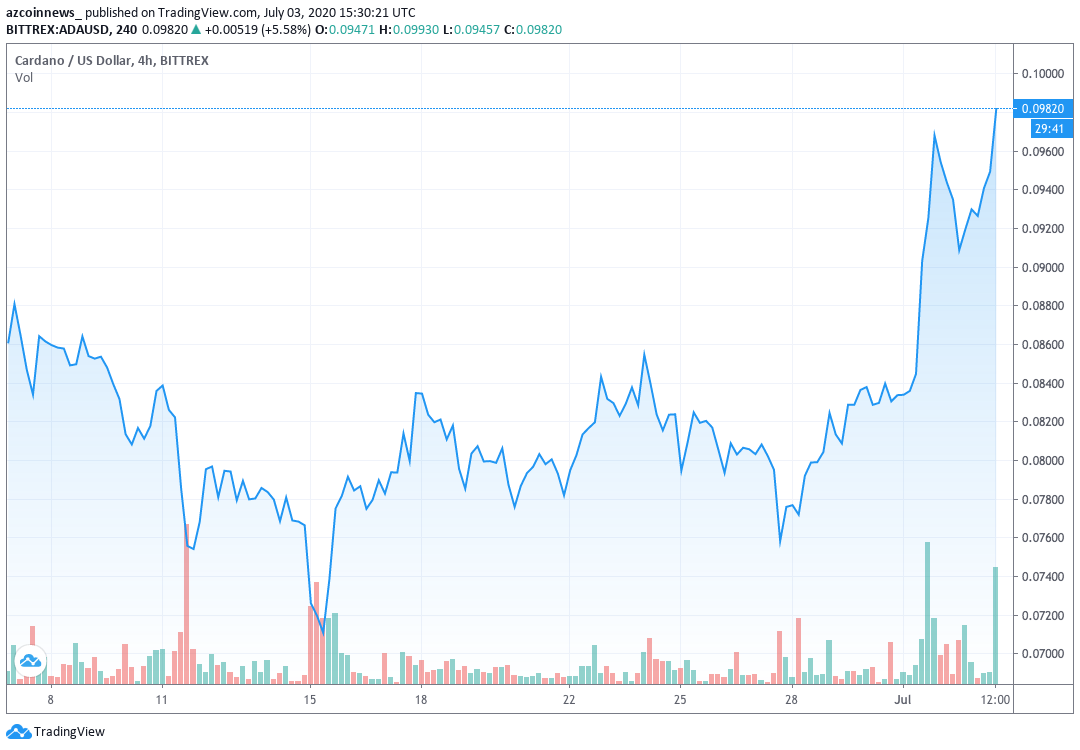 The ADA price had risen from a weekly low of $ 0.075 to a high of $ 0.096 before it met some later resistance that brought it down to the current price of $ 0.093. It should also be noted that much of Cardano’s driving force has been driven by news, which could help boost further profits or lead to a news event sale.

The second possibility will become more likely if there are any problems with Shelley deployment. The ongoing Shelley Virtual Summit – hosted by IOHK – has also fed the community with an abundance of notable announcements, including several new development projects.

Charles Hoskinson, the CEO of IOHK and the man behind Cardano, teased in a tweet from earlier today that they have some other big announcements saved for tomorrow.

Currently, the ADA has not yet responded to any of the announcements now, as it is presently stable just below the highest level for several months set yesterday.

In an interview from last week, Hoskinson expressed great confidence in Cardano’s future:

“Cardano is underpinned by some of the highest quality code the crypto industry has ever seen. We’re speeding up and accelerating, and we’re doing compared to some of the highest quality code that’s ever been written in the history of our space because we ‘re using a scientific language Haskell. We’re using formal methods … that which is the same engineering standards that NASA uses and SpaceX uses for their rockets. ”

Cardano has more PhDs and mathematicians on their team than any other cryptocurrency project, which he thinks has a severe advantage over the competition. Despite his desire to stay with the project over his lifetime, Charles Hoskinson doesn’t want to be the face of the network forever. Consistent with a decentralized ethos, he’d like to become just one stakeholder in a vibrant community.