According to ChartBTC, the Bitcoin network has surpassed 18.5 million Bitcoins in circulation. This means that less than 2.5 million BTC, equivalent to about 11.9% of the total Bitcoin, will be created.

Half of the remaining 2.5 million BTC will be mined over the next four years. Since Genesis Block in 2009, the Bitcoin network has gone through three Halving, most recently in May 2020. Due to the Halving every four years, Bitcoin is finally expected to be no longer mined until 2140. No new Bitcoins can be mined after that year. And now, according to many predict, Bitcoin price will have a significant step of growth. 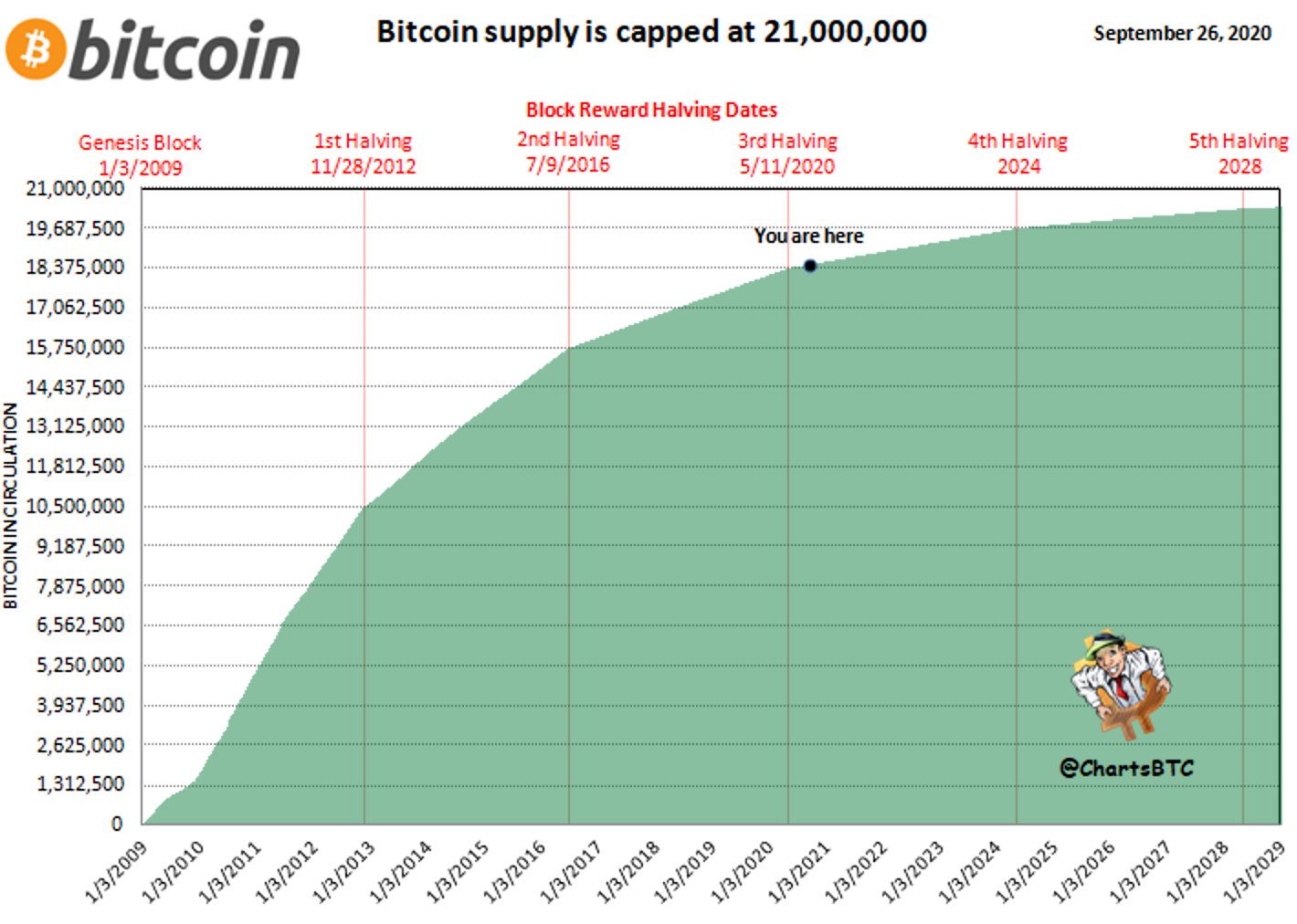 Previously, a team of 8 Crypto Valley experts thought the last Halving was different from the previous because many are considering storing their lifetimes in Bitcoin.

The power has also started to shift from miners to the community and traders, according to Arnaud Salomon, CEO of Mt Pelerin. He explained:

The power has shifted away from miners. They’re not in the same position as they used to be ten years ago or even five years ago […]. The stock is already so big, and because today there is a lot of Bitcoin in circulation, people are willing to trade and exchange.

We witness the very moment when a vast economic crisis triggered by a pandemic is threatening to overwhelm already over-indebted States. In turmoil to come, the value-proposition of debased unstoppable pure Bitcoin, whose money supply is written in code, is likely to meet widespread adoption flying away from fiat hyperinflation in many countries.

After surveying 50 institutional investors that collectively manage over $ 78 billion in assets in the United States and the United Kingdom, a standout response was that 26% of participants believe that pension funds, insurers, family offices, and sovereign wealth funds will raise their stakes in cryptocurrency “drastically.”

A survey by @EvertasRisk surveyed UK and US institutional investors. As much as 90% of participants said they would increase their focus and/or allocate funds to #cryptocurrencies in the next five years. This is supportive of a changing outlook on #crypto‘s value and importance.

Just last week, MicroStrategy CEO Michael Saylor followed the footsteps of the veteran investor, Paul Tudor Jones, by purchasing 21,454 BTC. Earlier in the year, Jones revealed his stake in Bitcoin, describing the assets as the “fastest horse” with the best odds performance-wise.

As investors’ interest in crypto-assets grows and the regulatory landscape for these assets becomes more apparent, it’s expected that the wave of institutions flocking to Bitcoin will continue to increase.

Since the beginning of 2020, institutional demand for Bitcoin has steadily increased. New survey data shows that institutional investors intend to increase their Bitcoin allocation regardless of the short-term decrease in price. Through investment in MicroStrategy, the world’s largest sovereign wealth fund, currently owns 577.6 BTC.