With bears seemingly back in control, Bitcoin price posted a swift rebound that sent it back up

Bitcoin price has been caught in a relentless rush of sideways trading, but it seems that BTC is currently showing signs of weakness when trading just above the lower boundary of this range. Until BTC drops to a sustained breakout below $ 9,000, its short-term technical outlook will remain unclear.

There are other figures also showing that Bitcoin’s next movement will be massive, as it can now merely be the calm before the storm due to BTC’s 10-day volatility realization reaching an annual low. 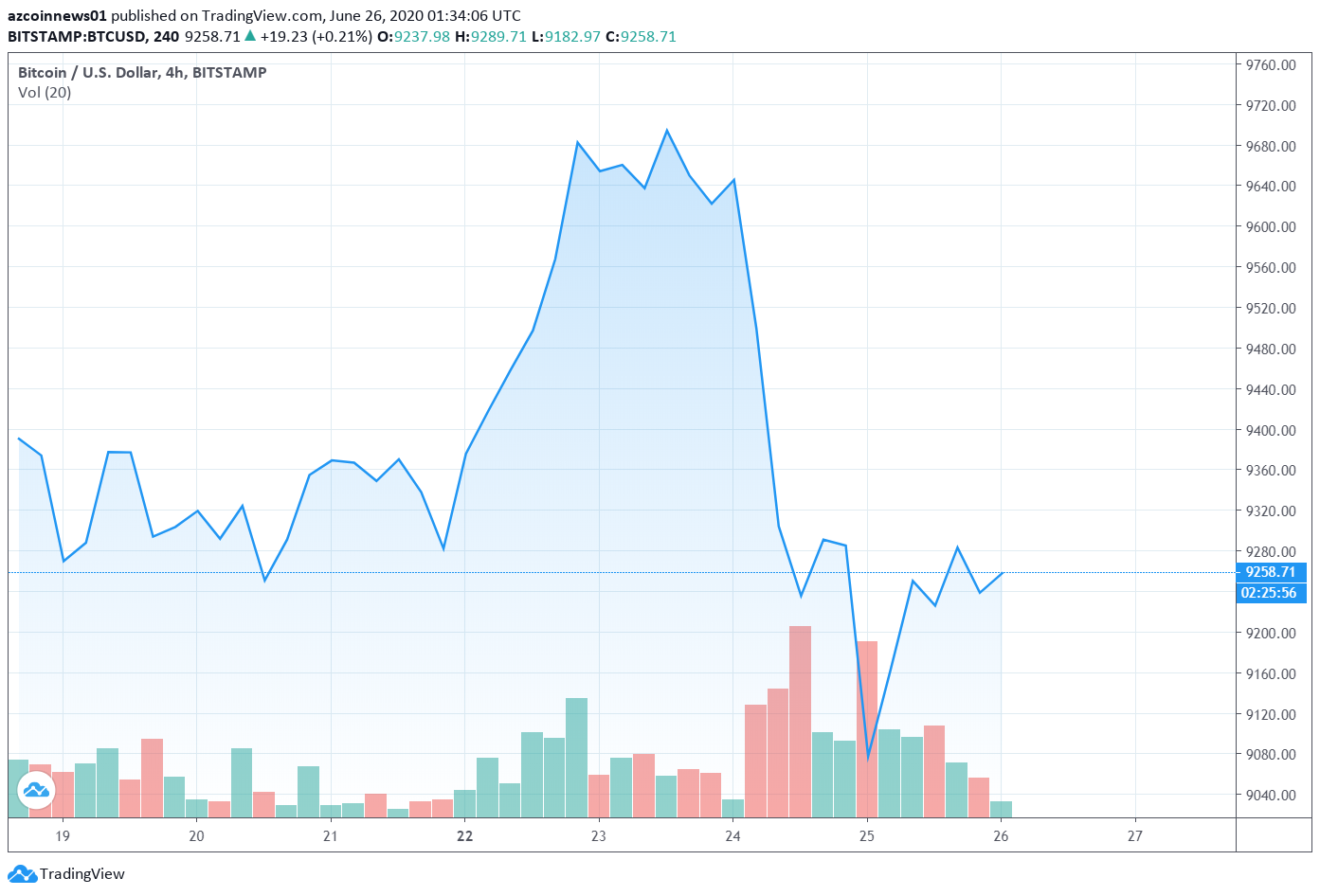 At press time, the Bitcoin price is trading at just over 1%, with the current price of $ 9,264. Cryptocurrencies have been hovering around this level for the past 12 hours or so. Meanwhile, Bitcoin last night faced a significant drop that made it reel from $ 9,500 to a low of $ 8,990.

After falling sharply below the lower boundary of its multi-month trading range, Bitcoin attempted to post a quick rally to bring it back to its current price. There is a technical pattern that has been formed and confirmed many times over the past several weeks that seems to indicate a robust imminent recovery.

According to analyst Teddy Cleps, the attempted 4-hour cloud “death crosses” that BTC has formed over the past ten days, including the latest one sparked by its most recent reversing, which is the Pattern we should pay attention to.

He emphasized that each one has been watched by the sharp scams on the pump, allowing the cryptocurrency to recover. If this pattern repeats itself, BTC may soon return to the region from the average to above $ 9,000.

Living life on the edge.

Is this the time we continue a correction or scam pump incoming?$BTC pic.twitter.com/3ATKeC8uYb

Before, Bitcoin’s weeks and months of consolidation were followed by some of its most significant movements. That being said, it is very likely that this next movement will be massive, providing Bitcoin with a clear medium-term trend.

According to analysis from Skew, Bitcoin’s 10-day volatility has dropped to its lowest level of the year. This signals that volatility is likely to occur in the coming days and weeks.

Weiss Crypto: DeFi may be exciting but it may soon see a correction to normality, so ETH price has to help itself

What is Super Zero Protocol (SERO)?