Why did Algorand (ALGO) investors buy the dip?

Algorand investors are acting inexplicably… That is when investors of other altcoins withdraw, and ALGO holders are throwing money at the asset, despite the altcoin going down into the abyss.

Will the Algorand (ALGO) price go up?

At the time of writing, ALGO is trading at $0.42. The last time altcoins were at this level was 16 months ago, February 2021. According to on-chain data, ALGO is somehow attracting more investors. In fact, the network recorded over 1.1 million new addresses in the last week alone. 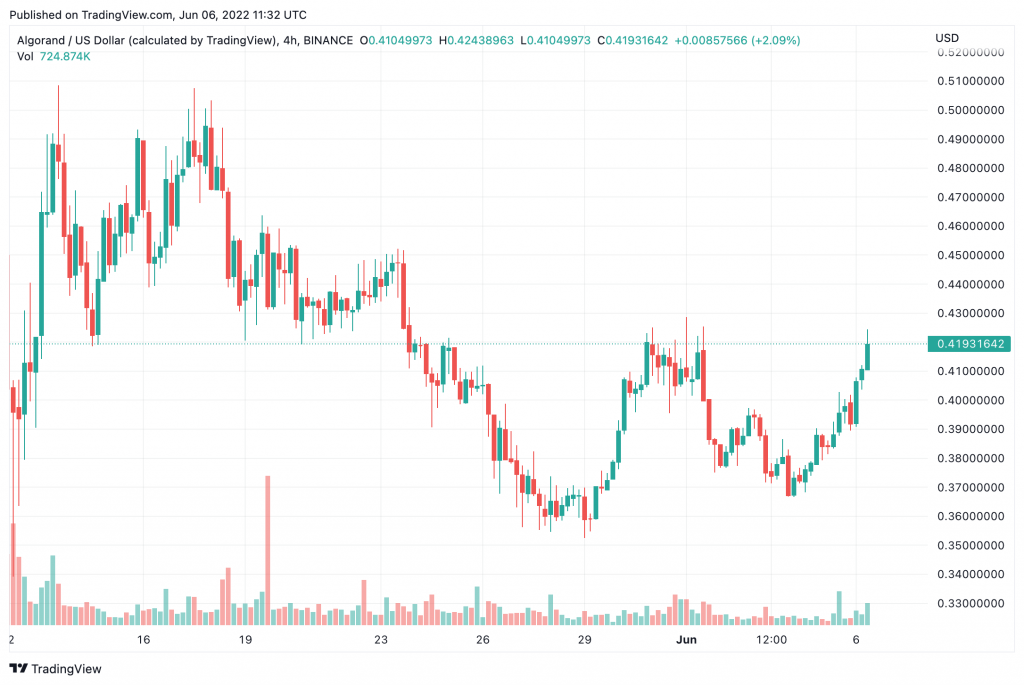 Although they are all new investors, for Algorand this is a huge recovery as the network has lost 10.6 million holders. This represents 65% of all ALGO addresses. During the same time period, activity on the network also spiked. For example, from May 2 to May 8, more than 350,000 investors actively participated in the chain. This is a 1.160% increase from the average of 28,000, which suddenly disappeared during the market crash. During the crash, ALGO, along with the rest of the market, also crashed. Here, this altcoin has lost almost 52% of its value. However, it seems the wind is reversing. Investors are also anticipating more progressive gains over the next few weeks.

At the time of writing, over 60,000 addresses are active on-chain, with a similar increase since the end of May. Not only this, but holders are also actively accumulating as much ALGO as possible. The buy order for the asset has exceeded the sell order with a margin of 2 million ALGO (equivalent to $600,000). Investors are probably expecting the ALGO price to recover and make up for the losses in May. It is possible that many are even expecting the altcoin to return to $0.74. This is possible only as ALGO marks a 92% recovery…

However, its high correlation of 0.89 with Bitcoin could act as an obstacle in this rally because if BTC slips, it will drag Algorand with it. And when this misfortune happens, it will suffocate investors’ hopes.