According to WhaleStats, the largest Ethereum (ETH) holders’ holdings of Shiba Inu tokens have surged by 1.7 trillion SHIB in the last seven days. The total position size in the meme token of the top hundred ETH whales is 5.79 trillion SHIB, or $50.84 million.

The trend for SHIB among major Ethereum holdings continued today, with the token rising to the top of the list regarding trading volume among this group of investors. According to precise statistics from the WhaleStats portal, more of them purchase Shiba Inu tokens than sell them.

Consolidating significant investors’ positions in SHIB coincided with the token’s price growth. The Shiba Inu token’s price has risen by 9.5% in the last seven days, and by as much as 19% at one time yesterday.

The token quotes tested the upper limit of the range they had been consolidating for the previous two months during this price peak. According to portal data, SHIB transfers by major participants occurred during yesterday’s price movement and, interestingly, the day before. 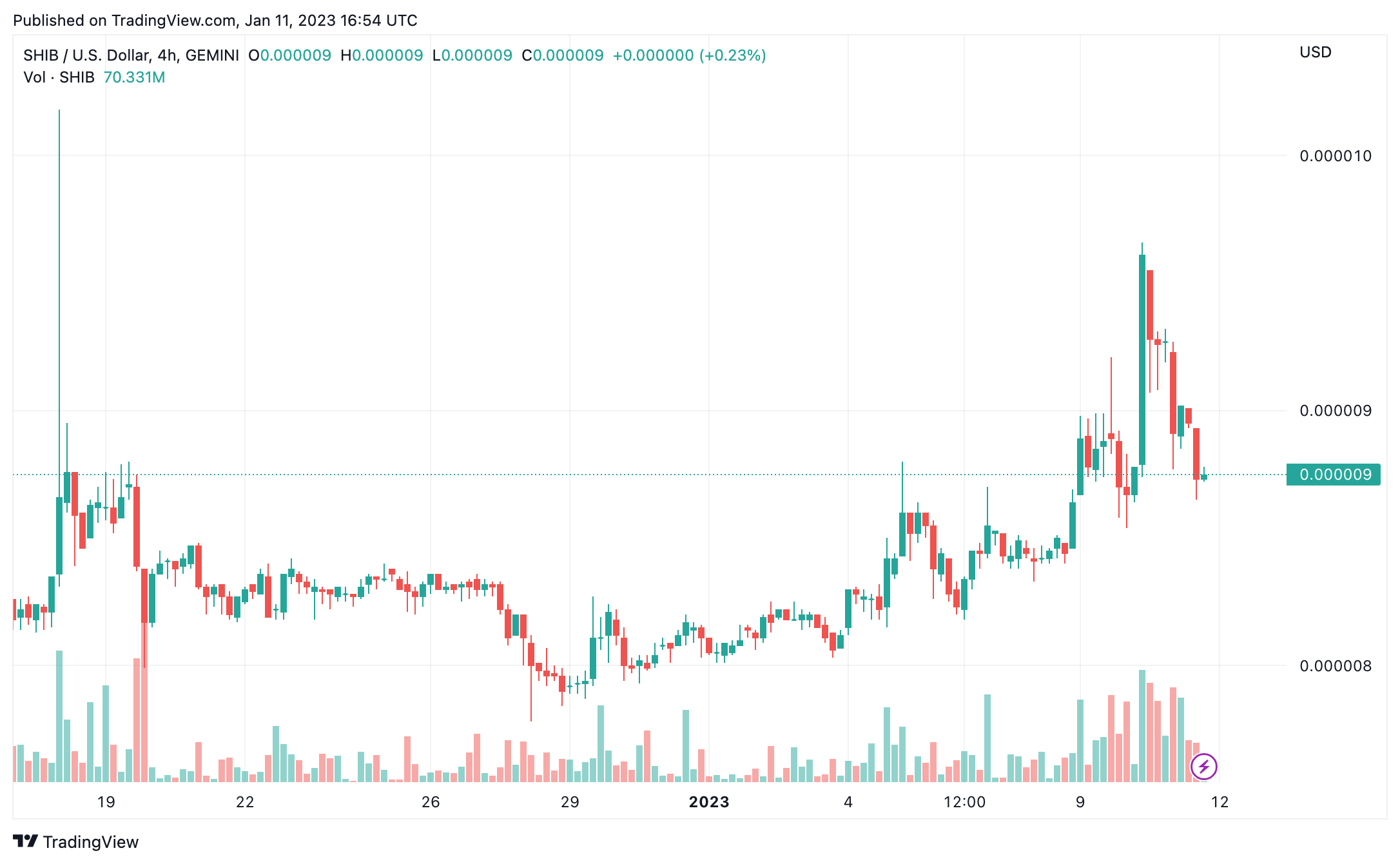 The quantity of stablecoins placed on trading platforms has skyrocketed in the last 24 hours. According to data from the crypto analytics portal Whale Alert, Binance, Bitfinex, Kraken, and FalconX are among the top destinations for some stablecoin deposits made by market whales.

According to the analytics business, up to 65,000,000 USDT worth $64,993,500 was moved from an unknown wallet to Bitfinex in one of the amounts sent. Binance recorded a succession of these massive inflows in various tranches, including one 50,989,985 BUSD transaction from Paxos Treasury to Binance valued at $51,015,480.

Binance also received two further deposits from Paxos Treasury, totaling 60,081,112 BUSD and 88,888,888 BUSD, respectively. According to Whale Alert warnings, other exchanges, like FalconX, witnessed significant inflows from an unnamed wallet containing 51,000,000, worth more than $50.9 million. The monies were transferred to Binance despite recent allegations that the exchange’s BUSD stablecoin was not always fully guaranteed.

Stablecoins are undeniably the de facto fiat assets in the digital currency ecosystem. The transfer of these funds may signal that these whales are getting compensated for taking positions in Bitcoin (BTC) or other altcoins entirely.

While on-chain data cannot provide particular insights into the actual usage of these assets, it is feasible that these whales are shifting these funds to meet other debt obligations. One significant finding on the Whale Alert platform revealed that Paxos Trust had earned more than 156 million BUSD in the last 24 hours. As a result, the urge to shift the assets to Binance could be for safekeeping via the exchange’s custody program.

While there are numerous explanations for these moves, it will be difficult to predict if these growing exchange balances would benefit the business in the medium run.

FTX has recovered $5 billion in cash and liquid cryptocurrencies