In the past, when Bitcoin price dropped, the market would continue to have comments predicting the price of experts. However, recently no one has spoken about it. It seems that the Bitcoin price has been quite unpredictable in the past few months.

In December, when Bitcoin fell below $ 7,000, most analysts expected a retreat to $ 5,000, citing the existence of a significant 200-week moving average. And at the peak of nearly $ 10,000 set in mid-February, quite a few people were convinced that Bitcoin was set to reclaim $ 14,000, then rise to a new high.

True to the famous quote of Warren Buffet, be fearful when others are greedy and greedy when others are fearful, Bitcoin has gone against what we predicted. Bitcoin price has broken out of the low of December and collapsed from the high in February 2020.

The fund manager, Su Zhu, and CEO/CIO of Three Arbow Capital were once famous for predicting Bitcoin price could end in January at around $ 9,000, 25% higher than the market price at that time, returned.

This is in theory the moment Bitcoiners have been waiting for

As for why he thinks such explosive growth could take place in such a short period, Su has looked at the fact that some emerging markets that are valuing are at risk of default. sovereign. Su Zhu added that with the US dollar set for a course on inflation, it would be challenging to return, which has been corroborated by trends in the bond market.

All of this gives decentralized Bitcoin and disinfects a chance to shine. This is not the only evidence that Bitcoin will rise very high and extremely fast.

In March 2019, PlanB – a pseudonymous institutional investor based in Europe, analyzing Bitcoin as a personal passion – published a popular article on Medium, “Modeling Bitcoin’s Value with Scarcity.”

The article contained the below image, which shows that Bitcoin’s market capitalization over time can be plotted on a logarithmic regression, which has an R squared of 95%, or extremely accurate in non-statistics lingo terms. The model predicts that BTC will have a fair value of $ 55,000 to $ 100,000 – ten to twenty times the current value – after the halving due to the emission shock. 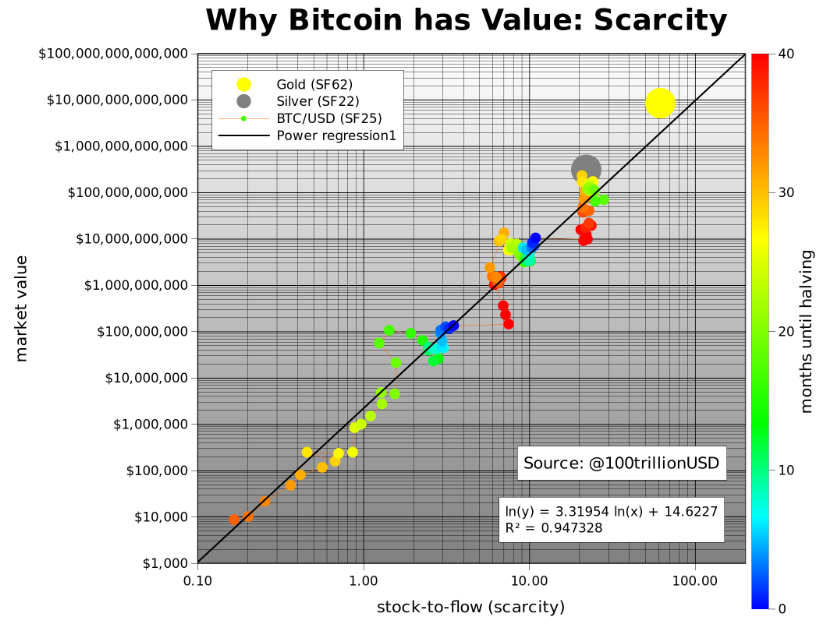 Bitcoin is not yet out of the woods

Bitcoin price has risen more than 60% from a 2020 low of $ 3,850. At press time, Bitcoin’s price is trading around $ 6,000. While Bitcoin is showing signs of recovery, technical analyst Benjamin Blunts believes that Bitcoin is still not recovered.

havent done a $btc update in a while but structurally this rise looks corrective, i think this was an abc and we continue lower here pic.twitter.com/kzibbSFryh 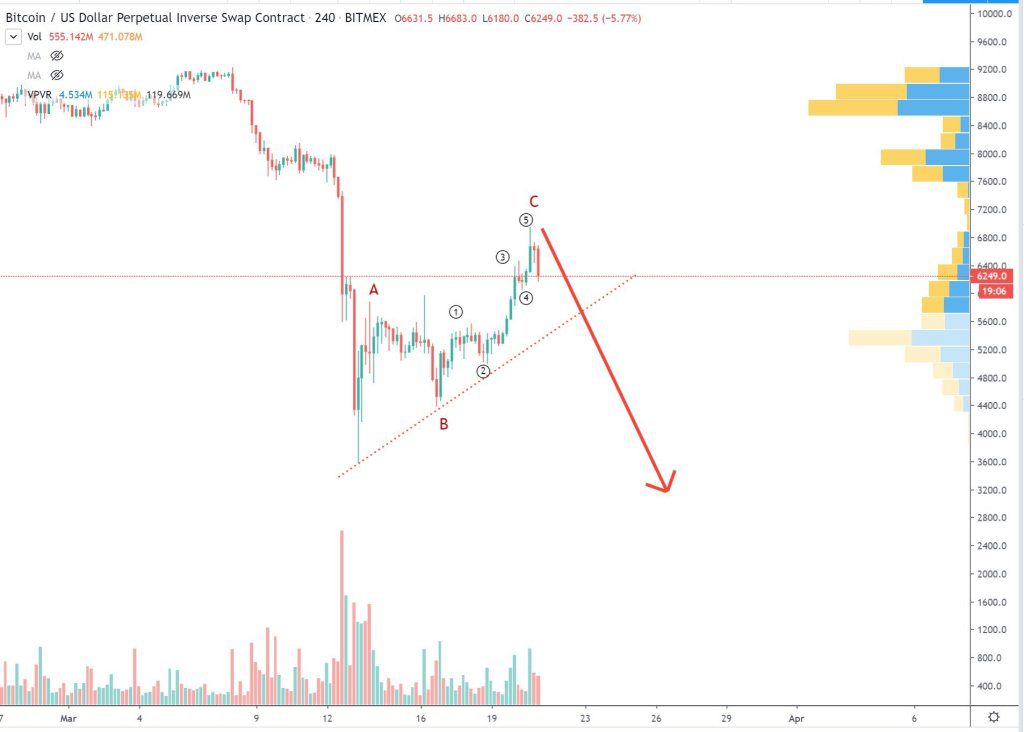 Trader analyzes Bitcoin’s price action with Elliott Wave Theory. The advanced technical analysis technique relies on identifying recurring wave patterns that exhibit the repetitive behavior of market participants. Based on Elliot Wave principles, an ABC corrective in a bear market is a temporary rally. Once the pattern is complete, the asset will likely resume its downtrend.

Im calling a bottom at exactly 3.2k with a 200 dollar leeway either side.

Will retweet the shit outta this when it happens.

Benjamin Blunts used his expertise in Elliott Wave analysis to accurately predict Bitcoin’s 2018 bottom, which came true on December 15. The trader made his 3,200 BTC forecast at the beginning of June 2018.

But not everyone shares the sentiment. Naeem Aslam, a principal market analyst at AvaTrade, said Bitcoin is gathering bullish steam.

Binance CEO: Fundamentally, I believe the current system is broken, and Bitcoin fixes this