Whether Ripple is worth the $ 10B valuation when XRP lost 95% value and still in downtrend?

As AZCoin News reported, Ripple recently raised $ 200 million in Series C funding. This number has surprised in much of the great financial world. It is currently one of the most valuable private startups in Silicon Valley. After this funding round, Ripple is presently valued at $ 10 billion.

Analysts have been confused about how to be worth $ 10B. One user believes that the Ripple team can streamline their pricing by merely having a giant battle chest through the sale of XRP in the market. Every month, the team unlocks 1 billion XRP. There are hundreds of millions of dollars in XRP released every month. It is still unclear where these tokens have gone, other than the explanation of ‘on-demand liquidity.’

XRP price has lost 95% of its value

Did they essentially buy a large % of the crypto by proxy? Confusing. Theories? https://t.co/Og5Mb8vORd

An analysis indicated the downward trajectory of the cryptocurrency market might continue.

The current overall technical ratings for XRP are at strong selling levels. 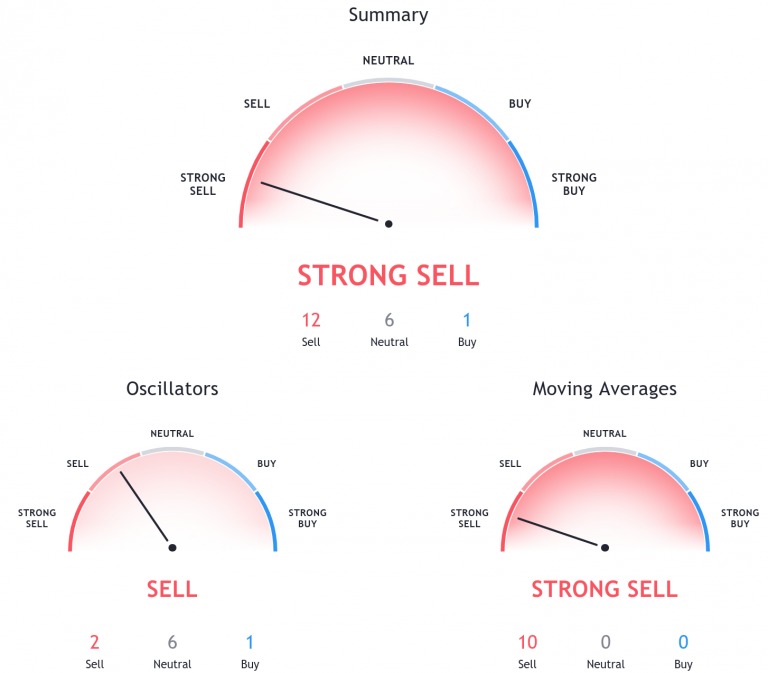 (This is Trading View’s exclusive ranking system, using a combination of common technical indicators including moving averages, oscillators, and pivots to analyze where assets can be headed.)

After increasing ~ 26% of its value between September 17 and September 18, XRP collapsed 33% in the next six days, causing the community to panic. The token has hit the lowest seen in the previous two years. While the increase was relatively impressive from $ 0.22 to more than $ 0.31 in the following month and a half, it can be commented that November was unkind to XRP. 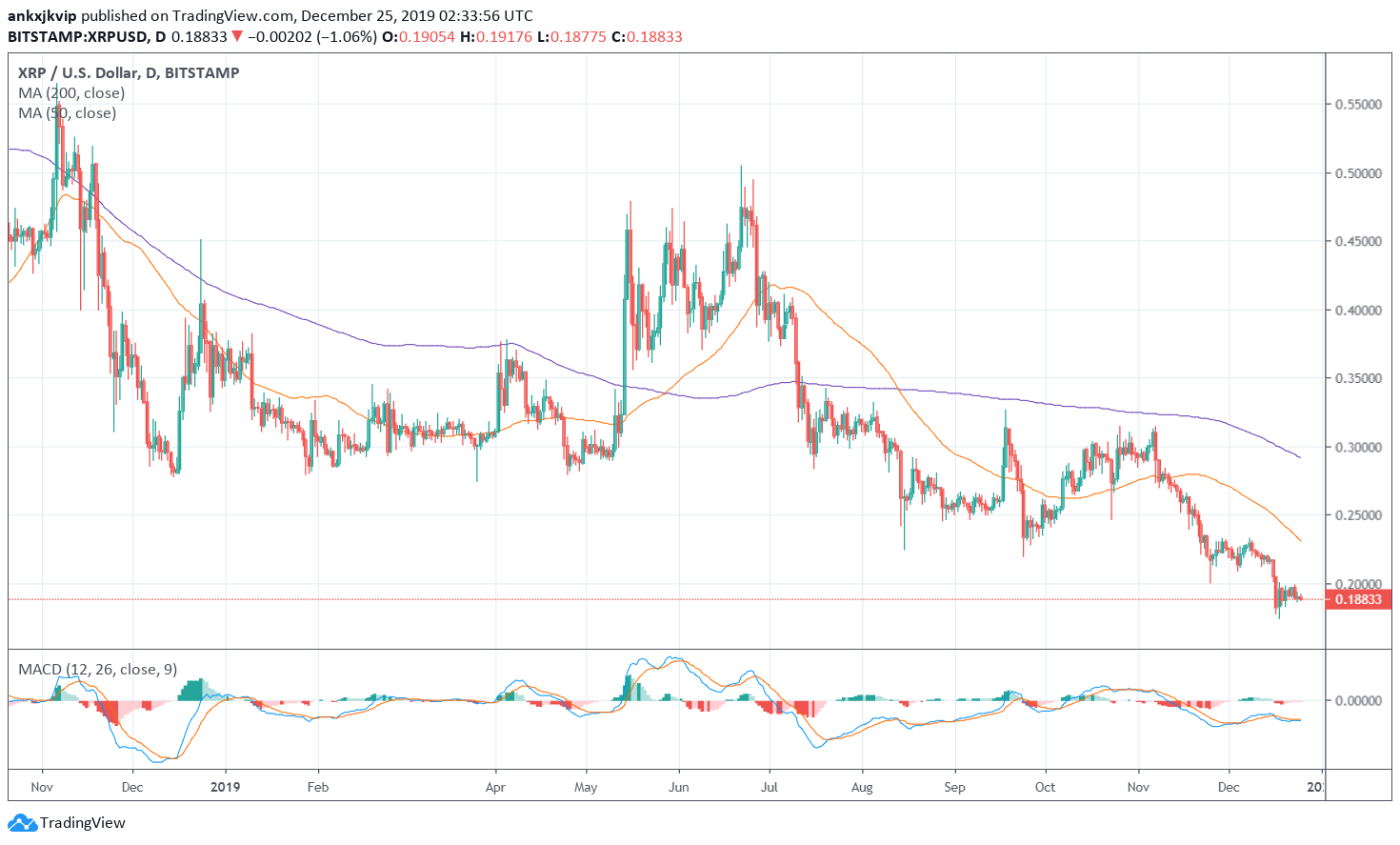 In the long term, XRP looks bearish, with the 50 and 200-day moving averages far out of current price after a death cross in mid-August. The MACD also shows a more significant bearish outlook for the currency in the long term. However, on a shorter time scale, XRP seems to be bullish.

CoinMetrics data shows that XRP’s correlation with BTC has reached about 0.72, up steadily from 0.46 at the end of October. A short-term pump follows Bitcoin’s recent unprecedented break from the ascending triangle pattern, XRP can mimic if the price drops further.

Is Ripple worth the $ 10B valuation?

All of this raises the question: what justifies Ripple’s $ 10B valuation, and is this another bubble waiting to burst?

Ripple claimed it has about 300 financial services customers globally. Working relationships with some large companies have yet to materialize into a real profit stream for Ripple. All three Ripple’s xRapid, xVia, and xCurrent products were removed from the company’s website in October due to a lack of interest.

XRP does not represent a share of the company and is also non-exchangeable for a Ripple stock. Instead, it is just a sendable token. At least, it seems inevitable that XRP is not a security, so it has a net advantage over other cryptocurrencies. However, whether it is worth the $ 10B valuation, is an entirely different question. As of now, most analysts don’t believe that.

Youtube has removed 30 videos related to cryptocurrency of ThuanCapital, the famous influencer in Vietnam, Why?

ETH and XRP are down over 90% from record highs, any…

XRP price has managed to maintain $0.15 while its…