When Crypto Fear & Greed Index is flashing extreme fear, many people are paying attention to Altcoins that use far less energy than Bitcoin

After Tesla CEO Elon Musk announced that the Tesla company would stop accepting Bitcoin payments due to environmental concerns, the price of Bitcoin had a very sharp decline. On the Binance exchange, BTC from $ 54,000 has broken down to $ 46,000 at times, equivalent to a decrease of nearly 15%. Currently, the Crypto Fear & Greed Index is in “extreme fear” mode for the first time in over a year.

Crypto Fear & Greed Index is flashing “extreme fear”, be greedy when others are fearful

According to data from Bybt, more than $2.85 billion of derivatives orders across the entire cryptocurrency market have been liquidated. Dominating is BTC with more than 1.7 billion USD liquidated, with more than 91% long orders.

Meanwhile, some Altcoins are still “surpassing the storm”, growing strongly like Stellar and XRP. These two Altcoins continue to rise. XRP rose by 17% in the past 24 hours to $1.6, its highest price since Monday, and Stellar rose by 18% to $0.7, its highest price ever. 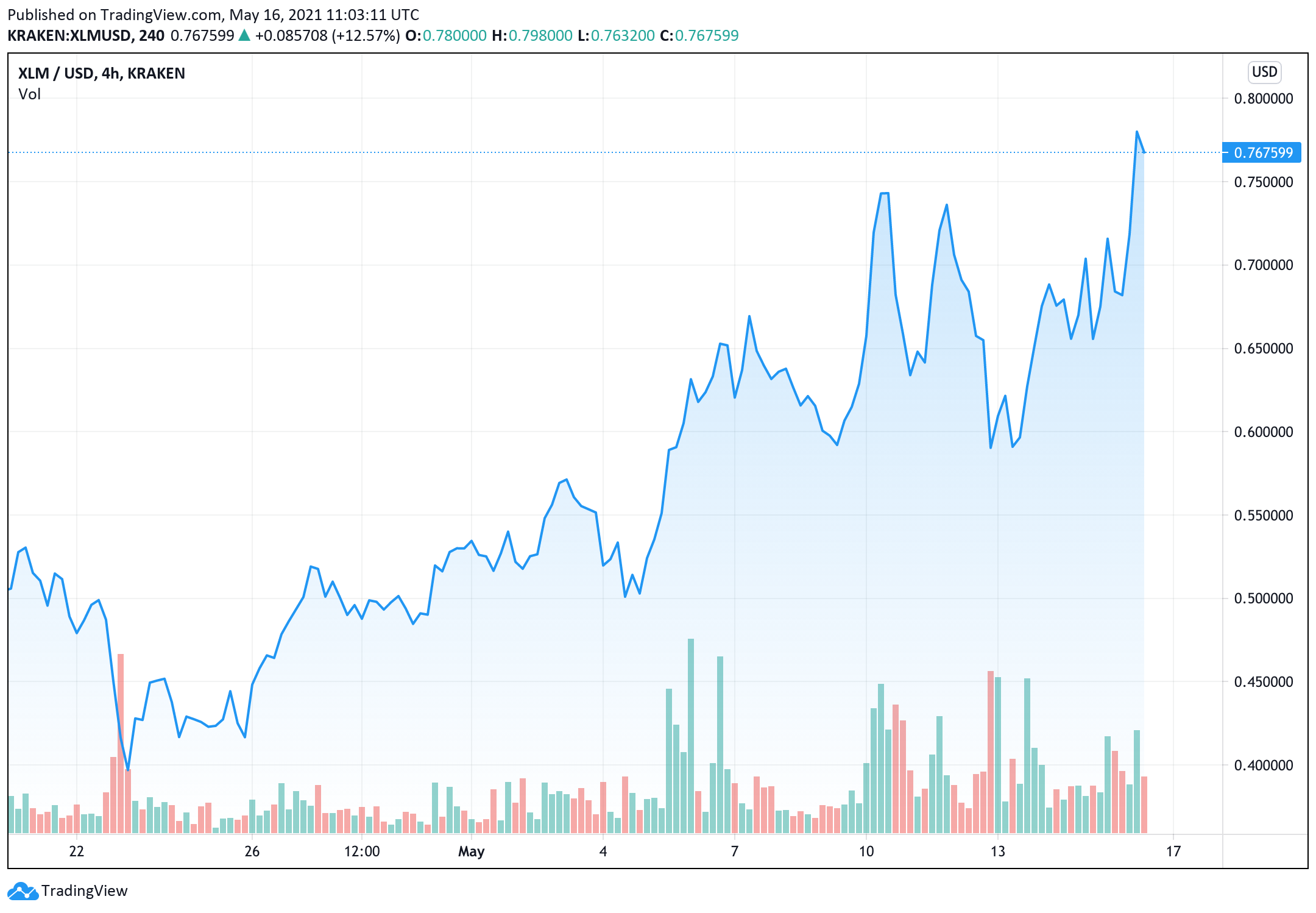 Crypto Fear & Greed Index is flashing “extreme fear” for the first time in over a year after plunging to a 2021 low of 20 on May 16. The index—which has become a popular tool for measuring Bitcoin sentiment—incorporates such factors as volatility, market momentum, social media posts, and Bitcoin’s dominance. On March 14, 2020, it tanked to a record low of 8 after the crypto market saw one of its most violent crashes to date during the onset of the pandemic.

The index was also sitting at near-zero levels back in December 2018.

After a slight recovery, Bitcoin is still struggling to reach above $50,000 after dropping to $46,484 earlier today on the Bitstamp exchange. Notably, the index climbed to a yearly high of 95 back in February shortly after Tesla announced its $1.5 billion Bitcoin purchase, which underscores Musk’s influence on the market.

However, as mentioned, XRP and Stellar are performing admirably on an otherwise lazy Sunday. The two coins are somewhat related. Both are the work of Jed McCaleb. McCaleb was one of the architects of the Ripple protocol, which uses XRP as its native currency. In 2013, McCaleb left Ripple to focus on Stellar (XLM). Like Ripple, it’s fast, cheap, and designed as a payments network. 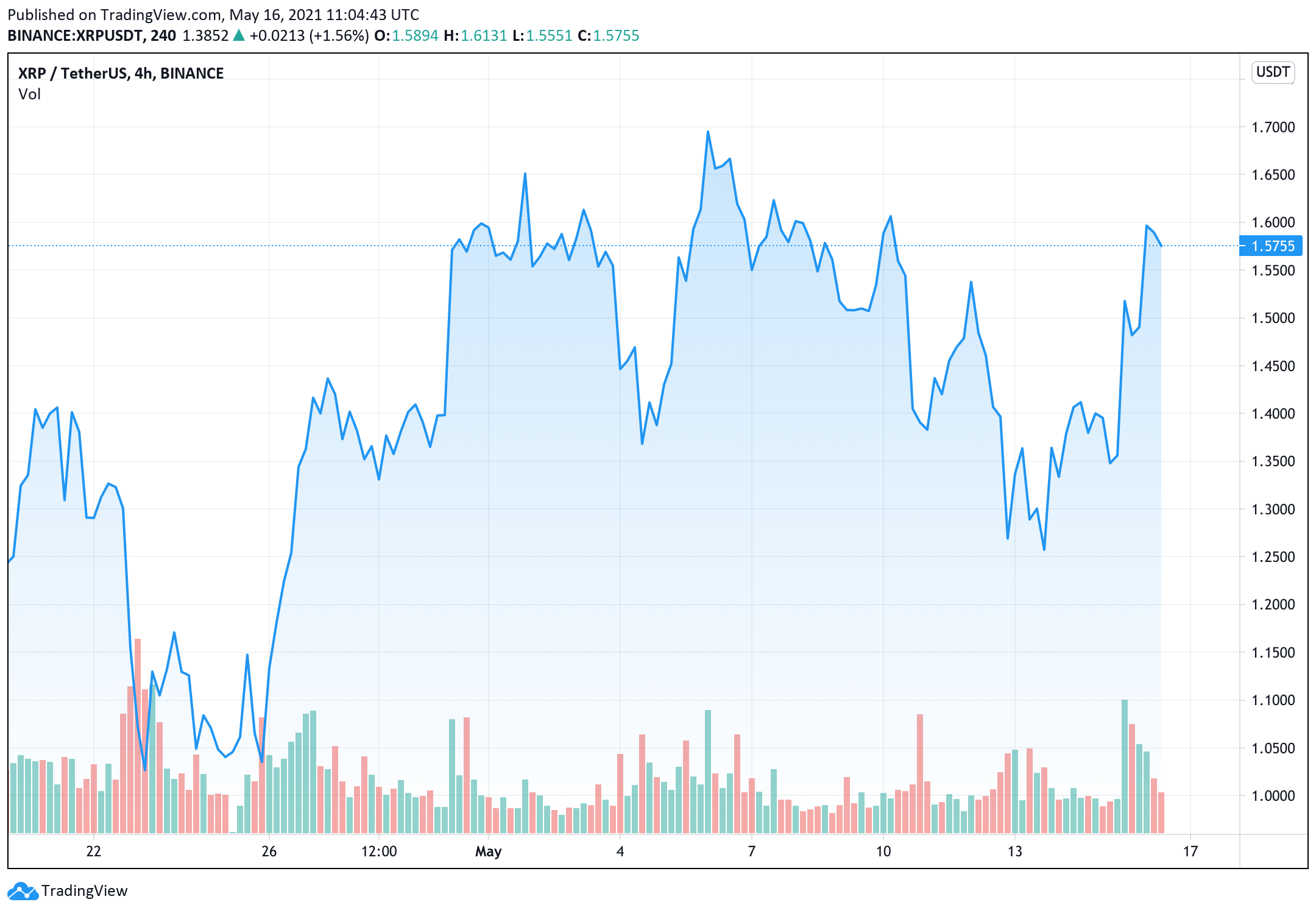 And perhaps, the reason why both Altcoins are still green when the market is red is also because of Elon Musk. Both Stellar and XRP use far less energy than Bitcoin; they rely on a small number of validators to verify transactions, while Bitcoin relies on a vast network of power-hungry computers.

Other, less damaging coins have also flourished in light of Musk’s about-turn on Bitcoin. Hedera Hashgraph has risen a further 16.37% to $0.36, Solana another 15% to $47, Cardano by 10% to $2.39, and Algorand by 8% to $1.53. Most of the above rely on proof-of-stake, a consensus algorithm that allows those who hold the greatest proportion of the coin supply to verify transactions.

Thus, even if the market is really scared, there are still a lot of greedy people, and these greedy people have chosen the right moves.