What is smart contract?

A smart contract is a self-enforce software application that is managed by a P2P network of computers.

Deployed on public blockchain networks, smart contracts are self-executing and immutable after they are signed. The uses of such contracts are unlimited, such as building decentralized exchanges, tokenized assets, games, etc. The first smart contract platform was Ethereum, released in 2015 and it now have become the primary focus of innovators in the blockchain area. 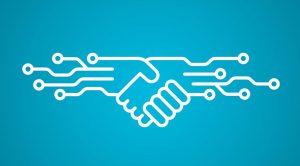 Smart contracts are management tools that provide a coordination and enforcement framework for agreements between network participants. They can be used to formalize simple agreements between two parties, the bylaws of an organization, or to create tokens.

Smart contracts provide a solution to the problem of lack of such a trustful native settlement layer. They can formalize the relationships between people and institutions and the assets they own over the Internet, entirely P2P, without the need for trusted intermediaries. Although the concept of smart contracts is not new, blockchain technologies seem to be the catalyst for smart contract implementation.

Long before the creation of Ethereum smart contract, in 1994, Nick Szabo, a legal scholar and cryptographer, realized that the decentralized ledger could be used for smart contracts, otherwise called self-executing contracts, blockchain contracts, or digital contracts. In this format, contracts could be converted to computer code, stored and replicated on the system and supervised by the network of computers that run the blockchain. This would also result in ledger feedback such as transferring money and receiving the product or service. (In 1998, Szabo designed a mechanism for a decentralized digital currency he called “bit gold”. Bit gold was never implemented, but has been called “a direct precursor to the Bitcoin architecture).

Aside from the customizability and the digital signatures attached, smart contracts are smart because of their self-executing nature. In the legal paper world, when a contract is signed, the two parties are accountable to fulfill the terms of the agreement on their own. A smart, self-executing contract, in this sense, requires no effort: when you sign a smart contract for transfer of funds, the funds will transfer themselves across the Ethereum network and will record the transaction on the Ethereum blockchain as immutable public data. 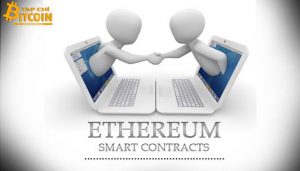 The most excellent part of smart contracts is the ability to create a more accountable financial ecosystem. All transactions across the Ethereum blockchain are self-executing and are accounted for on a immutable digital public ledger, all agreements are truly protected with viable proof and evidence of existence. Moreover, the accessibility to such financial transaction services allows clients who have not had access to traditional financial products and services the chance to be a part of a new digital world economy.

A smart contract is a self-enforcing agreement contained in program code running on a blockchain. The code contains a set of rules under which the parties of that smart contract agree to interact with each other. When the predefined rules are met, the agreement is automatically enforced. Smart contracts provide mechanisms for efficiently managing tokenized assets and access rights between two or more parties. The underlying values and access rights they manage are stored on a blockchain, which is a transparent, shared ledger, where they are protected from deletion, tampering, and revision. Smart contracts provide a public and verifiable way to attach governance rules and business logic in a few lines of code, which can be audited and enforced by the majority consensus of a P2P network.

Accuracy – Automated contracts are not only faster and cheaper but also avoid the errors that come from manually filling out heaps of forms.

Trust – documents are encrypted on a shared ledger.  There’s no way to say it is lost.

Backup – On the blockchain, your documents are duplicated many times over on the network. There is no problem even when the bank lost your saving account.

Speed – Smart contracts use software code to automate tasks, thereby shaving hours off a range of business processes, avoiding from having to spend chunks of time and paper work to deal with documents manually.

Savings – Smart contracts save you money for intermediary. You don’t have to pay a notary to witness your transaction, for example. However, there is also a risk in cost which described in below (Challenges section).

Autonomy– You’re the one making the agreement yourself and don’t have to rely on intermediaries to confirm.

In spite of the many benefits, smart contracts are facing of risk:

Security – Although the distributed nature of the underlying blockchain technology means the ledger is, in theory, secure, this does not stop the risk of cyber attack, especially on a public ledger. In addition, the operation of the platform can cause security risks, and bugs or defects may not be instantly recognized and remedied by the users or developers.

Costs – There are potentially high implementation costs and the general risk of human error could result in heavy financial losses. Coding a smart contract is challenging, which was demonstrated a few years ago when developers’ mistakes in a blockchain code left a decentralised venture capital fund over $50 million out of pocket after hackers exploited the errors.

Regulation & Enforceability – Smart contracts are not currently regulated in some countries and there has been no relevant case law to date. With no statutory regulation, it is not clear if a smart contract is legally enforceable. Technology can do a lot of things, but can it sense if a smart contract has been entered into under duress?

While smart contracts offer many benefits, they are not ready to fully replace mainstream traditional contracts and human interaction. Practical solutions will also need to be further discovered to deal with the risks that arise as smart contracts become a reality. For now we will stay tuned to the evolvement of this technology, alongside with cryptocurrency development.

Sharks in cryptocurrency market: When the hunt starts (part1)

Bank of Thailand has launched a blockchain-enabled…

Bitcoin price structure broken, but downtrend has yet to…

An unverified token on JustSwap accounted for $364 million…

Federal Reserve Bank of Cleveland revealed details of the…

Chainlink price might be nearing a crucial support level at…

Although Bitcoin price got some bullish, things could get…

Chainlink price saw a speculative wave yesterday that came after a multi-week downtrend. This happens in the form…
Bitcoin News

After the success of the non-custodial exchange Uniswap, some clones have appeared on competing blockchains hoping…
CBDC News

Speaking in a keynote address on September 23, the President and CEO of the Federal Reserve Bank of Cleveland,…
Ripple News

Chainlink price action has been quite grim as of late, with it facing unusual inflows of selling pressure as…
Bitcoin News

Although Bitcoin price is bullish currently, things could get “rocky” until after the US Presidential Election…
Loading ... Load More Posts No More Posts