PIVX is Private Instant Verifiable Transaction. PIVX developers are working on a solution to create a unique currency. And it has the potential to be the next big difference focusing on high security and anonymity.

PIVX was developed from Dash but it was added to stack, and converted the algorithm to quark. In addition, it has upgraded security technology from coinjoin to a fully blown zerocoin integrated protocol, making PIVX the leading anonymous currency.

PIVX’s development team is a gathering of a group of people with a sharp mind and a passion for cryptocurrency. They are planning to make a big change, while many others are confused in the debate about how to get out of Bitcoin size issues, Bitcoin scripts and many other related things.

PIVX is the first proof of a stake cryptocurrency with anonymity at the Zerocoin protocol level.

PIVX has all the features of DASH, including master codes and instant and private transactions but with improved POS 3.0 protocol mechanism.

PIVX uses SwifTX technology to achieve near-instant transaction confirmations in less than a second to overcome double-spending challenges. This feature is not used in most cryptocurrencies.

PIVX is an open-source, self-funded and self-managed cryptocurrency project.

PIVX offers the opportunity to earn money for users by allowing them to hold their shares in a masternode or deposit wallet. Currently, there is no popular cryptocurrency that offers its users incentives for both placing bets and running master codes.

PIVX uses a unique seesaw algorithm to balance its reward distribution between the main and bet buttons. 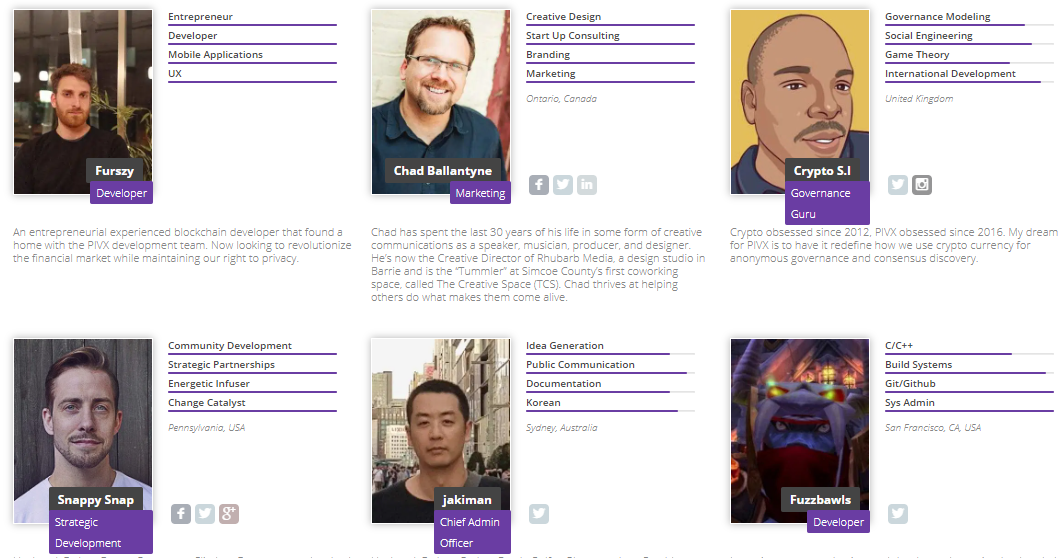 Furszy – Developer: An experienced blockchain developer found a home with the PIVX development team. Now, he is seeking to revolutionize the financial market while maintaining privacy.

Chad Ballantyne – Marketing: Chad spent the last 30 years of his life in some form of creative communication as a speaker, musician, producer and designer. Now, he is the Creative Director of Rhubarb Media, a design studio in Barrie and the creator of Tummler at Simcoe County Park, called Creative Space (TCS). Chad thrives in helping others do what makes them come alive.

PIVX is not simply a conventional cryptocurrency focusing solely on personal security, but it also has staking, a Masternode network. The goal of PIVX is to ensure the long-term effectiveness for the development and compliance with personal security of the original ideas. In addition, PIVX also owns a management mechanism so that the capital can be used for the development of PIVX and its projects.

You can check PIVX price here.

What is Ampleforth (AMPL)?