The Pi Network ecosystem includes only one mobile application used to mine Pi every 24 hours and has no other functions. This Pi mining is actually distributed because they say that the Pi has been mined before, meaning your application is not running any consensus algorithms or protocols. The number of Pi “mined” will be halved every time the number of Pi users grows tenfold. At present, many experts say, in addition to the risk of losing personal information, there will come a time when Pi Network miners are forced to top up this application. And of course, at this point, everything will just go into the familiar pattern: scam.

What is Pi Network?

On the Pi homepage, they introduce the Pi as a dedicated cryptocurrency for mobile devices that can be mined easily offline without wasting energy due to the use of the Stellar consensus protocol. However, the Pi Network project owner does not publicize the project’s source code, so no one knows if they use this consensus protocol. This is not a must for a Blockchain project, but publicizing the source code can prove them a real project. 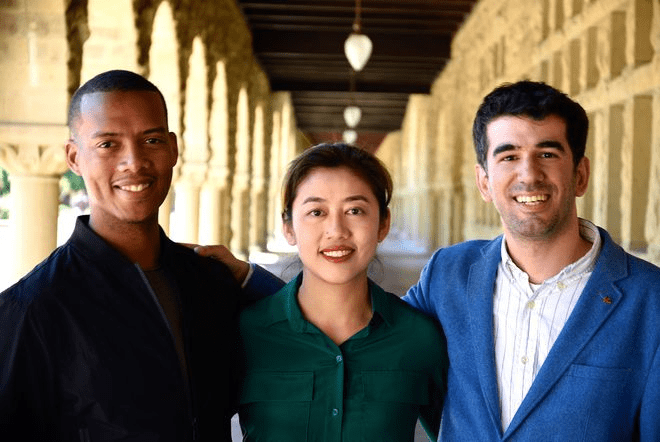 How does Pi work?

The Pi Network ecosystem includes only one mobile application used to mine Pi every 24 hours and has no other functions. This Pi mining is actually distributed because they say that the Pi has been mined before, meaning your application is not running any consensus algorithms or protocols. The number of Pi “mined” will be halved every time the number of Pi users grows tenfold. You can increase your Pi mined by introducing more Pi users (Affiliate Marketing Model).

Pi mining speed will decrease gradually as the number of users increases
To use the Pi Network application, you must go through a KYC (know your customer) process to avoid fraud, which means that your data is being collected. This is difficult to accept with a Blockchain project because one of the most important properties of Blockchain is anonymity.

The founders of Pi Network are also urging the community to build apps on the Pi Network platform, but currently, there aren’t any applications.

Questioning points around the Pi project

In addition to requiring users to do KYC, Pi Network collects an incredible amount of data about your phone.

Data collection is extremely ridiculous because mining Pi almost does not require any of the above rights. Furthermore, Blockchain technology itself has an important criterion: anonymity, obviously the Pi Network project goes against this criterion. The amount of data that Pi Network collects can be of great value to the project founders if they disregard the privacy of the user and sell it to a third party.

You have nothing to do when using the Pi Network app other than clicking to receive Pi every 24 hours. It is hard to understand that this action could have something of any significant value. Although Pi Network is calling for building apps on top of Pi Network, the platform itself is not doing much for both developers and users. With a large supply and without any use of Pi, the value of Pi can be permanently zero.

Despite emphasizing the founders’ qualifications, but the project itself does not provide public source code, Pi Network’s White Paper does not provide any technical information but only describes their intentions for the project. We don’t even know if the Pi Network Blockchain exists or not.

Until now the value of Pi Network is still zero due to the lack of clarity on the project, but the founders have begun to profit by running ads on app launch. Combined with the amount of data they gathered, this was a significant amount of income. This means that Pi Network provides nothing of value to you, it is you who provide them with value

So is the Pi Network project a scam or not?

Although there are many questions mentioned above, Pi Network does not call for investment, so it is difficult to consider this as a scam project. But chances are high that Pi is a worthless cryptocurrency as it is a shell project to exploit user information. Your data could be used for malicious purposes that you have no control over so be careful. If you don’t care about your personal data and accept the time-consuming use of Pi Network, it’s fine, but keep in mind that this is of no value at all.