NEO is a platform blockchain that is often described as the ‘Chinese Ethereum.’ NEO was designed to host ICOs and Dapps using smart contracts powered by its own version of gas. The project was developed by a team originating from Mainland China with strong links to local enterprise, investors, and app developers in the region. 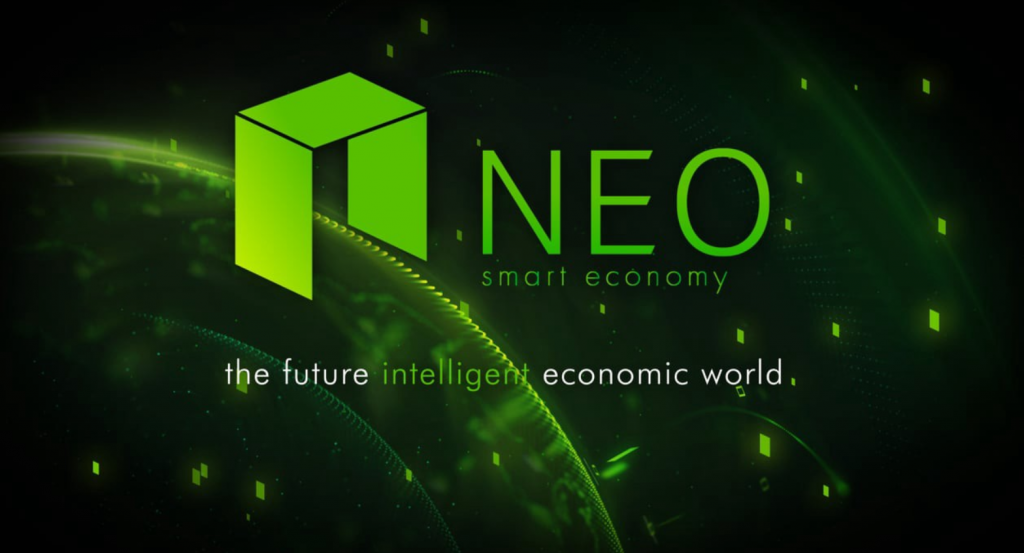 In 2014, Antshares was founded by Da Hongfei and Erik Zhang. In the following year, it was open-sourced on GitHub and by September 2015, the white paper was released. NEO was officially rebranded from Antshares in June 2017, with the idea of combining the past and the future. The word “neo”, originates from the ancient Greek prefix, meaning ‘new’, ‘modern’, and ‘young’. The vision of building a “smart economy” was developed along with the rebranding.

The project’s vision is to realize a “smart economy” by utilizing blockchain technology and smart contracts to issue and manage digitized assets.

NEO uses the Delegated Byzantine Fault Tolerant (dBFT) consensus mechanism and has 15-20 second block times. The network’s nodes are separated into two categories: consensus nodes and user nodes. Consensus nodes (sometimes referred to as bookkeepers within documentation) are delegated by the network and earn a cryptocurrency called GAS through the block reward. Other nodes are simply users of the network. User nodes can earn GAS by holding NEO in a wallet, a process similar to staking. NEO GAS is used to interact with the network and is comparable to Ethereum GAS and EOS RAM.

NGD is dedicated to the research and development, community operations and marketing and will be executing strategies outlined by NEO Foundation. In April 2018, the first NGD office was set up in Shanghai and a year later, the second NGD office was opened in Seattle.

Da Hongfei (Founder of Neo, Chair of Neo Foundation, CEO of NGD) is a pioneer in the international blockchain technology space, he founded AntShares in 2014 which was later renamed to Neo in June 2017. Leveraging his extensive experience and expertise in blockchain technologies and innovations, he is widely recognized as a pioneering and visionary leader in the global blockchain industry.

Erik Zhang (Founder and core developer of Neo, Chair of Neo Foundation) is the author of the dBFT consensus mechanism. He is an expert on blockchain technology and information security, as well as a strong advocate for open source development. He leads Neo’s global developer communities to continuously innovate, apply and promote technology in the blockchain field. Currently, he is leading the development of Neo3, enhancing the developer experience, to get ready for enterprise blockchain applications.

The technical robustness of the NEO-Onchain concept and its centralized approach looks promising, making it an attractive option not just for Chinese authorities, but for other foreign governments that are wary of the anonymous and decentralized virtual currency market.

NEO is also a very good long-term asset from great developers. The indicators of the coin speak for themselves, it has already brought a lot of profit to those who invested in the coin at the very beginning and the NEO coin price rises from year to year.  Their development, aimed at business customers and the active development of the blockchain ecosystem, makes NEO an extremely promising asset. However, the official launch of Nash DEX and the NEO 3.0 mainnet release should push the asset even further if everything goes well.

Etherereum is up over 10%, there are reasons to be bullish on ETH