What is MakerDAO (MKR) ?

MakerDAO (MKR) is a utility that runs on the Ethereum platform and it is also the name of the token built on the Maker Smart Contract platform. MKR is used to stabilize a cryptocurrency called DAI through “a CDPs-backed asset valuation system”. The owners of the Maker will vote for adjustments on the platform to keep the DAI currency stable for the price of 1 USD and maintain the solvency of the system. If at some point, the DAI cannot maintain its solvency, the new MKR token will be printed and sold to fund the DAI system.

Through the Maker platform, anyone can influence DAI on the Ethereum platform by allowing the system to hold them until the debt is paid in an amount equal to Dai’s. Another Maker function is to provide leverage and liquidity for the ERD20 token of the OasisDEX exchange, which sells both Maker tokens and Dai coins, among other Ethereum secondary tokens. In addition to keeping the Dai coin stable, this token Maker provides money for a separate exchange called Maker.

Maker was introduced in August 2015, as a “first-ever-traded token on the Ethereum blockchain network”. The Maker virtual currency then raises capital by issuing MKR Token so that users can buy MKR with BTC, ETH through pairs of MKR / BTC or MKR / ETH. And it is traded through its own exchange called OasisDEX before its official launch in April 2016. 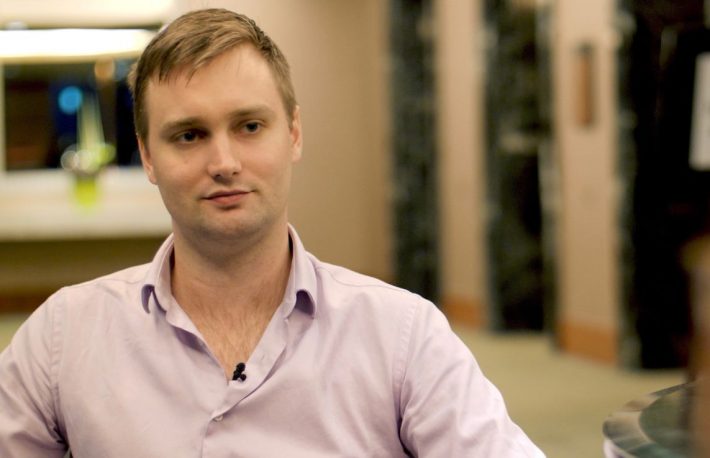 Coin Maker is developed by a team of experts from many different fields, including blockchain technology, business and finance. The main members of the group include:

There are also many other members such as Matt Richards, Nikolai Mushegian, Soren Peter Nielsen, Jerome Grilleres…

How does the Maker platform work?

Platform Maker operates under the principle of a DAO. This principle is used to control Maker’s control and stabilize Dai’s value. The stability process also has a human element, that is, a board of directors that meets weekly to discuss the actions voted and implemented by the vast network. These “State Management Meetings” have been in effect since the creation of the Maker and are considered to be largely responsible for guiding the money towards success.

Maker Platform can be used by everyone to create Dai by sending collateral to the system in exchange for Dai. The property will then be returned to the owner after the debt has been paid off, plus the fee ratio needed to stabilize Dai. In essence, Maker combines half of AI and half-human, trying to integrate the best qualities of both people and computers into blockchain functionality.

How does MKR token work?

Maker works as an executive token or a utility token that also functions as a refinancing source for the Maker network.

Serving as a utility currency, MKR is the currency used by CDP to collect fees during the process of creating a Dai in the Maker system. And when the fee is collected, this MKR will be destroyed, which means that if the demand for Dai and CDP increases, the demand for MKR will increase. And that also means the amount of MKR in circulation will be lower due to the amount of MKR destroyed.

As an executive – MKR is used as a stake to vote in the process and risk management process in the Maker system.

Risk management is central to ensuring the survival and development of the system. This management process is carried out through votes for the risk parameters of each collateral and CDP valuation contract.

What is the MKR store for?

MKR is developed based on the smart contract of the Ethereum Blockchain system according to the ERC20 standard, so it can be stored on any wallet if the wallet is built in accordance with ERC20 standard of Ethererum. Some types of wallets can be used to store Maker such as MyEtherWallet, Trezor, Ledger Wallet, ImToken, MetaMask, … of which MyEtherWallet wallet is used the most.

In addition, you can store Maker coins directly on the electronic wallets of the exchanges for ease of trading. But if you are a long-term investor and do not need regular trading, you should use the private wallets we have suggested.

For MKR, this is the Utility token and also the system’s Governance, the price of this token will increase as demand increases. To determine the trend of demand, you need to observe the market and focus on analyzing demand and selling this token. In the future, the development team will upgrade the system and MKR will have an additional function to replace PETH, which will be used as the corresponding collateral in CDP.

You can check MKR price here.

Vitalik Buterin said that he disagrees with Bitcoin stock-to-flow