Jarvis network (JRT) is a set of protocols on Ethereum for universalizing and uberizing finance and more particularly – financial products and markets. It is owned by a DAO.

These protocols allow users to access the prices of any financial instrument through margin trading and/or synthetic assets and/or provide the liquidity required for these protocols to run smoothly.

JRT is a utility token to secure and manage protocols, respectively through staking and through DAO, and aims to reward agents who will bring value to the ecosystem.

What is JRT token used for?

Governance
JRT allows the administration of protocols through DAO.

Staking
Relayers and validators stake JRT to align their interests.

Rewards
100M JRT will be distributed through DAO-managed reward programs.

Burn
Part of the fees are used to buy back JRT and burn them.

dApps integrates one of the protocols that is capable of adding fees to generate revenue, in which case, part of it will be used to automatically acquire JRT from the market and burn them.

Even though anyone can develop the application on the top of the protocols, they have opened different companies in different jurisdictions to be the first to do and to provide seamless decentralized applications (dApps) to end-users to interact with the protocols: Jarvis wallet and Jarvis market.

Headquartered in Bulgaria, Jarvis Network was founded in 2016 by Pascal Tallarida, who is also the company’s CEO. Emphasizing the importance of a new financial way built on blockchain coexist with traditional financial services, Tallarida believes that Jarvis will act as the gateway for many individuals to invest while filling gaps in traditional finance. 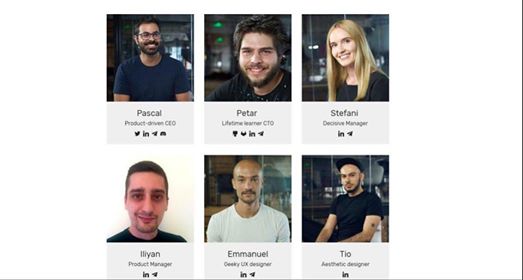 Jarvis’s group has a dozen team members, including an office mascot. The executive members of the group include Petar Kirov as CTO project, Stefani Todorova as PR Manager and Iliyan Iliev as Product Manager.

Defi undoubtedly provides one of the greatest value propositions for blockchain technology and recent advances underline that belief. Although it may still be in the early stages, there is much to look forward to in the coming years.

The services that Jarvis Network provides are just the tip of the iceberg in scope and Jarvis himself has planned much for the future. Decentralized financial services, whether margin trading or for the simple act of generating passive income, provide irresistible earning opportunities to anyone, anywhere.