Elastos (ELA) is a project that uses blockchain technology as the foundation to create a new internet generation established in the 2000s, and it is still growing. The goal of the project is to create a place where people will actually own their digital assets such as ebooks, music works or video games. And they will make a profit from these assets by allowing all digital assets to be traded.

Elastos will be a platform for decentralized applications (Dapps) running on a peer-to-peer network without centralized control. People can access these Dapps via mobile phones without changing the operating system. Elastos is an open-source project funded by powerful companies such as TD-SCDMA Industrial Alliance, Foxconn Group and Tsinghua Science Park.

How does Elastos work?

Elastos (ELA) is expected to build a mainchain to store transaction data and sidechains to run smart contracts and distributed applications. To avoid congestion on the blockchain network, distributed applications will be run on the Elastos Runtime. This will increase the security of the system when all data will be transferred through an identity verification channel. Elastos technology platform consists of 4 main components as follows:

Elastos Blockchain: The main chain will be combined with the bitcoin blockchain, which allows miners to earn both BTC and ELA. This chain has the function of storing identifier codes. Distributed applications will run on side chains.

Elasto operating system: Allows running C ++ virtual machine, supports C / C ++, Java, HTML5 / JS. This section has the function of the interaction between applications, services and devices in the ecosystem.

The Elasto project is run by Singapore-based Elastos executive fund, which consists of the executive board of directors, the project implementation department and the project consultant. In particular, the outstanding members of the project include: 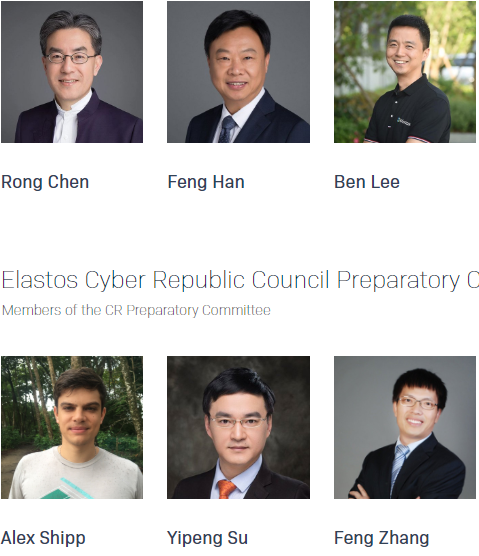 Rong Chen: Co-founder and chairman of Elastos Foundation. He graduated from Tsinghua University, worked at Microsoft in the operating system development department. He has participated in many major Microsoft projects such as OS Research, IE3 ActiveX, Ole Automation, …

Elastos has facilities of high security, high technology, agile and fast processing of customer information, clear business plans and professional staff. This is exactly the foundation for Elastos to go further in the future.

You can check ELA price here.