What is Celer Network (CELR)?

Celer in Latin means “speed,” and Network is the network. Celer Network (CELR) is a 2-layer expansion platform that allows off-chain transactions to occur quickly, easily and securely not only for payment transactions but also for off-chain smart contracts.

Celer Network’s mission is to use its optimal two-layer expansion technology to spread the blockchain under the most ideal conditions.

What is CELR token?

CELER is the native token in the Celer Network’s ecosystem. CELER is released as ERC-20.

cStack: A development package based on a hierarchical architecture with clear descriptions and interfaces, minimizing complexity in design, programming, and maintenance. Allow separate parts to improve each part quickly.

cRoute: Is the optimal states (optimal states can be micro payments) balancing the payment channel transparently. Provides 15 times more flow efficiency than the efficiency of other new solutions.

cOS: This operating system allows the use of off-chain applications. Provide designs, handle operations, store, track or reject off-chain states.

cApps: Is an ecosystem of applications running on Celer Network. It is possible to reach billions of transactions per second without compromising the reliability, privacy, or in other words, ensuring decentralization on the blockchain system.

In February 2019, the project launched CelerX (formerly cWallet). CelerX has more than 3,300 users and more than 28,000 caro games have been played. Users from over 40 countries worldwide. On average, each user spends about 18 minutes on CelerX.

In October 2018, Celer Network released cWallet for both Android and iOS operating systems. In updates, cWallet has been renamed to CelerX. CelerX allows users to send payments immediately with no transaction fees. In addition, users can play community caro games and be rewarded with ETH for winning. 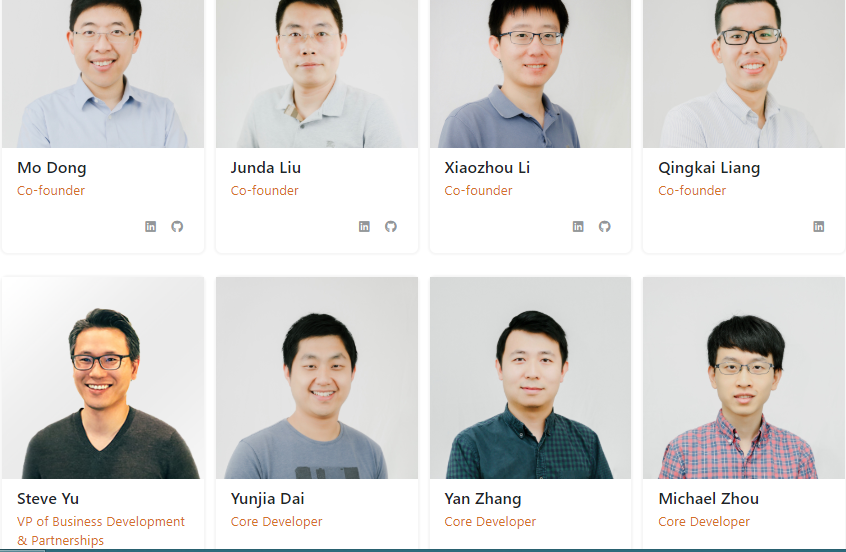 He received Ph.D. from UIUC. He is a founding engineer and product manager at Veriflow, working on official verification networks. He is an expert in applying algorithmic game theory to protocol design, and teaches full smart contract courses with hundreds of graduates.

He received Ph.D. from UC Berkeley. He joined Google in 2011 to build data center network infrastructure and then was a founding member of Project Fi mobile services in 2014. Junda Liu was also the Android Tech Lead for carrier services, which run on more than 1.5 billion devices.

He received Ph.D. from Princeton University. His work has been published at leading locations in distributed systems, networking, data storage and management, and has become core components of Intel DPDK, Google TensorFlow, and Barefoot Deep Insight. .

Qingkai received Ph.D. from MIT. His research focuses on the various learning and control issues that arise in networked systems, especially online learning algorithms in opposing networks, which have been successfully applied in Raytheon BBN Technologies and Bell Labs.

If Celer Network can bring the scalable blockchain platform as promised, then blockchain technology could be huge and widely accepted by the community. However, like any start-up, Celer Network’s path to success will certainly face many challenges.

You can check CELR price here.