What is Blockchain Technology?

Driven mainly by financial technology (fintech) investments, blockchain has shown an impressive growth in adoption for application development and testing in several industries and will generate more than $10.6 billion in revenue by 2023, according to a report from ABI Research. 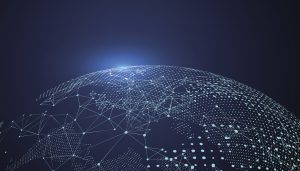 A blockchain is a public electronic ledger of information built on a P2P system that can be openly shared among independent users to create a record of transaction. This record is unchangeable, each time-stamped and linked to the previous recorded one. A series of transactions is added to the existing blocks, that data becomes another block in the chain.

Blockchain can only be updated by consensus from all of the participants in the P2P system, and once new data is entered it can never be erased because if someone wants to do that, he or she needs to erase the data in each and every computers or devices that are the participants of the network. It is a write-once, append-many technology, making it a verifiable and auditable record of each and every transaction.

The information recorded on a blockchain can be in any form, such as a transfer of money, ownership, a transaction, someone’s identity, an agreement between two parties, etc. But this block of data need to be confirmed by several of devices, such as computers, on the network. Once a consensus is reached between these participants to store something on a blockchain it is unquestionably there, it cannot be disputed, removed or altered, without the knowledge and permission of those who made that record, as well as the wider community.

In the case of blockchain technology, private key cryptography provides a powerful ownership tool that fulfills authentication requirements. Possession of a private key is ownership. It also spares a person from having to share more personal information than they would need to for an exchange, leaving them exposed to others that they don’t want.

The first whitepaper talking about blockchain technology published in 2008, by the mysterious founder of Bitcoin, known as Satoshi Nakamoto. Speculation about the true identity of this excellent developer has continued to this day, with Nakamoto claiming in early correspondences to be a Japanese man.

However, the whitepaper about Bitcoin was written in English, therefore the community believe that Nakamoto is of non-Japanese descent and either European or North American. He is supposed to currently hold about one million Bitcoins, because many people thought he had ran the mining algorithm for a long time before publishing the whitepaper thus gained a significant amount of Bitcoin. 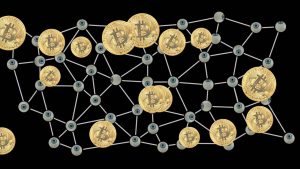 There are several theories for the question of why Satoshi Nakamoto decided to remain anonymous. A common conclusion is that he was a timid developer who simply did not want the community to pay attention to a technology which can cause a big dispute to the network.

We also need to be awared that Satoshi Nakamoto did not build every aspect of blockchain from scratch. In fact, none of the technologies used in blockchain were particularly new and had been around for several years. However, when they are used in combination with one another, they has created the revolutionary offering that is blockchain technology to this day.

A second form of blockchain, known as private or permissioned blockchain, allows companies to create and centrally administer their own transactional networks that can be used with other partners.

Additionally, blockchain networks can be used for “smart contracts,” or scripts for business automation that execute when certain contractual conditions are met. Once on the blockchain, it can be automatically tracked through smart contracts from point to point, removing human intervention and error.

One of the main problem in blockchain technology is the scalability, or its ability to complete transactions in real-time like, such as clearing payments via credit cards.

Scalability has already been identified as an issue with cryptocurrencies such as Bitcoin or Ethereum. To this day, there are thousands of cryptos (called altcoins) which are generated and exchanged worldwide in a very rapid time manner. However, Bitcoin is still a king in crypto market despite the limited amount and processing time, as well as the lack of scalability. If a distributed ledger is to achieve adoption by financial technology (FinTech) companies and compete with payment networks hundreds of times faster, it must find a way to boost scalability and throughput and address latency problems. 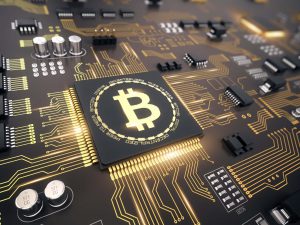 Because of that, Bitcoin, which is based on a Proof-of-Work (PoW), can only process 3.3 to 7 transactions per second – and a single transaction can take 10 minutes to complete. In the history of Bitcoin over the years, when the exchange of this coin boomed to the peak, it might take even several days to finalize a transaction, making huge traffic jam on the exchange network.

Ethereum, another popular blockchain ledger and cryptocurrency generated after the appearance of Bitcoin, is only able to process from 12 to 30 transactions per second.

By comparison, Visa’s VisaNet on average processes 1,700 transactions per second. The Visa company recently withdrawed from the collaboration with Facebook’ aliens which are publishing Libra – a digital crypto owned by Facebook.

Blockchain and AI: A Perfect Match?