There are many definitions of what Bitcoin is (BTC in short – on exchange) but there is not much difference. The simplest and best definition of Bitcoin may go to Wikipedia.com which defines it as a “decentralized digital currency without a central bank or single administrator that can be sent from user to user on the peer-to-peer bitcoin network without the need for intermediaries”.

Bitcoin was invented by Satoshi Nakamoto in the form of the open-source platform since 2009. The unknown author might be a person or a group of people using a Japanese name.

We can see that Bitcoin is a kind of cryptocurrency which can be earned from a computer algorithm, it can be exploited, exchanged and traded among people on its network; and is not controlled by any government central bank or financial institutions.

One of the most popular business plans is to use Bitcoin to move money over international borders. Large international money transfers can take weeks when they go through banks, while millions of dollars of Bitcoin can be moved in minutes. So far, though, these practical applications of Bitcoin have been slow to take off.

What is Bitcoin blockchain?

The bitcoin blockchain is a public ledger that records bitcoin transactions. It is implemented as a chain of blocks, each block containing a hash of the previous block up to the genesis block of the chain. A network of communicating nodes running bitcoin software maintains the blockchain.

Network nodes can validate transactions, add them to their copy of the ledger, and then broadcast these ledger additions to other nodes. To achieve independent verification of the chain of ownership each network node stores its own copy of the blockchain. About every 10 minutes, a new group of accepted transactions, called a block, is created, added to the blockchain, and quickly published to all nodes, without requiring central oversight.

Bitcoin mining refers to the process through which new Bitcoins are created by running a specific algorithm and given to computers (or miners) helping to maintain the network. The computers involved in Bitcoin mining are in a sort of computational race to process new transactions coming onto the network. The winner — generally the person with the fastest computers — gets a chunk of new Bitcoins. At the moment, for every 10 minutes, there are 12.5 BTC generated. (The reward is halved every four years.)

There is generally a new winner about every 10 minutes, and there will be until there are a total of 21 million Bitcoins in the world. At that point, no new Bitcoins will be created. This cap is expected to be reached in 2140. So far, about 16 million Bitcoin have been mined and distributed.

Miners keep the blockchain consistent, complete, and unalterable by repeatedly grouping newly broadcast transactions into a block, which is then broadcast to the network and verified by recipient nodes. Each block contains an SHA-256 cryptographic hash of the previous block, thus linking it to the previous block and giving the blockchain its name.

To be accepted by the rest of the network, a new block must contain a proof-of-work (PoW). The system used is based on Adam Back’s 1997 anti-spam scheme, Hashcash.

Bitcoin does not have a central authority, central server, central storage.  The bitcoin network is peer-to-peer; the bitcoin ledger is public and distributed and is maintained by a network of equally privileged miners. Anybody can send a transaction to the network without needing any approval; the network merely confirms that the transaction is legitimate.

Bitcoin is pseudonymous, meaning that funds are not tied to real-world entities but rather bitcoin addresses. Owners of BTC addresses are not explicitly identified, but all transactions on the blockchain are public.

If a transaction is recorded on the network, and if more than an hour has passed, it is impossible to modify.

With Bitcoin, the supply is tightly controlled by the underlying algorithm. A small number of new bitcoins trickle out every hour and will continue to do so at a diminishing rate until a maximum of 21 million has been reached.

For fiat currencies, they have an unlimited supply – central banks can issue as many as they want, and can attempt to manipulate a currency’s value relative to others. It can cause inflation to occur.

The smallest unit of a bitcoin is Satoshi which is equal to one over one hundred million BTC (0.00000001) – about one-hundredth of a cent. This enables microtransactions that traditional electronic money cannot. 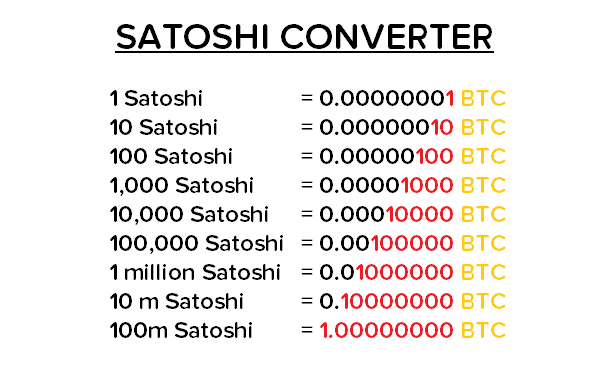 For BTC, users can trade with an unlimited amount on the exchange, from anywhere and at any time with a small fee. Comparing to the fiat currencies in the bank, if you want to have transactions through the bank, you have to do that in working time or your transactions may be pending during the night.

None of the fake

Because bitcoin does not exists in visual or physical form, so it can not be created fake. No expense for human qualification.

Transaction information and identity of users are transparent and secret so that hacking is avoided.

Today, there are many companies, organizations, businesses accepted bitcoin widely and globally in international payments, making a growing trend in the future.

No material paper or metal to produce bitcoin as a kind of money. Bitcoin is generated using computer algorithms, therefore, no environment pollution. Running powerful and high configuration computers may cause power energy, but it’s more saving electricity when comparing to other paper money production.

The exchange price of BTC is up and down frequently in real-time and hardly catch up even for experienced traders.

Exchange hack has nothing to do with the integrity of the Bitcoin system but the market freaks out regardless. This trend seems to minimize as users see that cryptos recover from exchange hacks. As exchanges evolve and become more secure, this threat becomes less of an issue. Additionally, outside investments funneling into exchanges are providing the capital for them to grow stronger.

Users need to equip enough experience and knowledge to cryptocurrencies and trading and investment to avoid potential risks.

Because of the secured transaction through many verified steps to complete (up to 10 mins or even several days when BTC transaction volume was boomed in 2017), if you trading with a small amount of BTC, it will not be efficient.

It still needs more time for Bitcoin to be accepted widely. In the meantime, regulations and laws applied for bitcoin (and cryptocurrencies in general) are not synchronous and clearly.

Bitcoin has existed for ten years since it first released in 2009 but it has achieved significant user adoption and growth. Bitcoin’s network gradually grows stronger as more people learn about its fundamental technology and potential in relation to other methods of value storage.

Bitcoin is considered the “gateway” and flagship of the cryptocurrency train. Knowing Bitcoin’s potential is an important first step to seeing the brilliant future of the cryptocurrency world. Equip yourself with the best possible resources. Become active in communities that further explore not only the technical applications of Bitcoin and other cryptos but also potential risks. Protect yourselves. Cryptos are coming to every corner of life.

What is Blockchain Technology?