What is ANKR network?

ANKR network is a decentralized cloud power platform that aims to utilize idle computing resources from data centers and other devices. Ankr creates a sharing economy where businesses and users can monetize their full redundancy through devices, servers, private clouds, and even public clouds. This allows Ankr to provide computational power to its users for a cheaper price.

What does ANKR network do?

Ankr’s goal is to provide a new blockchain framework that efficiently uses resources and provides a user-friendly infrastructure for business applications, while also adding interoperability and collaboration with other existing data solutions. The system the project is developing is among the first to leverage certified hardware resources, using the Intel SGS protocol for hardware, to deliver enterprise-level security and optimize side-chains to leverage the power and head and off-chain computing.

Save up to 80% from public cloud providers.

Easy to use and manage

Customer service in all time zones

Receive instant attention from our team of global experts at any time.

Stay in control of your own crypto assets and keys.

What is ANKR token?

ANKR is the main token used in Ankr’s ecosystem. ANKR has up to 3 types of tokens according to different standards and is developed on different Blockchain platforms:

At the time of the ICO, when Ankr first formed, the ANKR token was developed on the Ethereum blockchain platform according to the ERC-20 standard. Then recently on May 10, 2019, Ankr announced the transfer of a portion of tokens to Binance Chain and Ankr also has a portion of tokens on its own blockchain, Ankr Chain. According to the project development team, these 3 tokens are interchangeable and each will have a certain role in Ankr’s ecosystem.

What is ANKR Token used for?

ANKR is used in Ankr’s platform (ANKR) as a utility token.

ANKR token is used to pay fees when end-users use the service.

Edge nodes must stake ANKR token to gain the right to coordinate and share resources. They will receive a share of the usual ANKR token based on the amount of ANKR token they stake.

ANKR token is used to pay rewards to the contributors to the system, including the resource providers, the application providers, and Ankr is also in charge of a part of this fee.

Resource providers, application providers (businesses and developers) will receive a partial ANKR token reward based on the amount of ANKR they staked.

The Ankr project is co-founded by 3 members who studied at the University of California, USA, who joined the blockchain research team since they were still in school. They also had a period of time with big companies in the US such as Amazon, SAP, and Morgan Stanley. 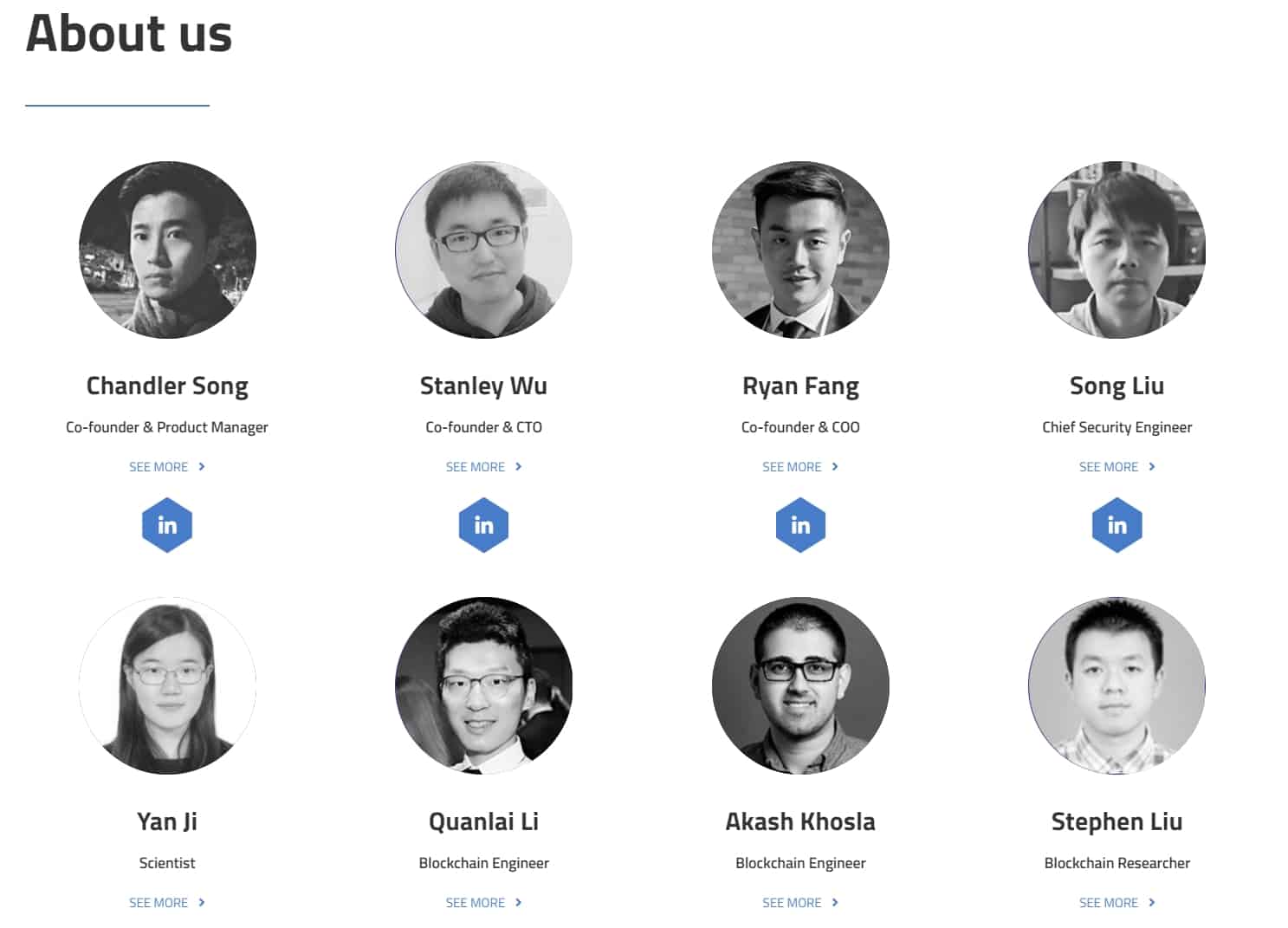 Chander Song (CEO): Graduated from the University of California with a Bachelor of Science degree in electrical engineering and computer science. Has 2.5 years of research and engineering experience in development and business, in which he worked on blockchain at Berkley, Amazon, and SAP and served as CTO of CitySpade, a real estate consulting firm in New York.

Ryan Fang (COO): Graduated from the University of California with a bachelor’s degree in business strategy and management. He has extensive business background, due to having worked for companies like Credit Suisse, State Street, and Morgan Stanley.

Song Liu (Chief Security Engineer): Graduated from Shanghai University with a bachelor of science degree in electrical engineering. With over 7 years of experience in software development and system security. Before joining Ankr, he was an engineer at Gigamon, a security distribution platform, for 2 years. In addition, he worked for Palo Alto Network, General Electrics, Electronic Arts, and 10 years as a senior engineer at Amazon.

Ankr wants to truly bring a decentralized cloud computing platform by integrating the power of computing directly into the blockchain through a Proof of Useful Work (PoUW) consensus mechanism. Users who are involved in system security and block generation, through traditional consensus mechanisms, can use a wealth of computing resources to do useful things for the system.

You can check ANKR price here.