Whales have wired close to 450 million XRP between exchanges, while price lost 24%

While the XRP price has dropped significantly, major crypto investors have moved nearly half a billion tokens between exchanges. The largest volume of XRP sent was 300 million. At press time, XRP was the sixth biggest crypto by market cap, trading at $0.372 after slipping by 10% in the last day and losing 40% of its value last week. 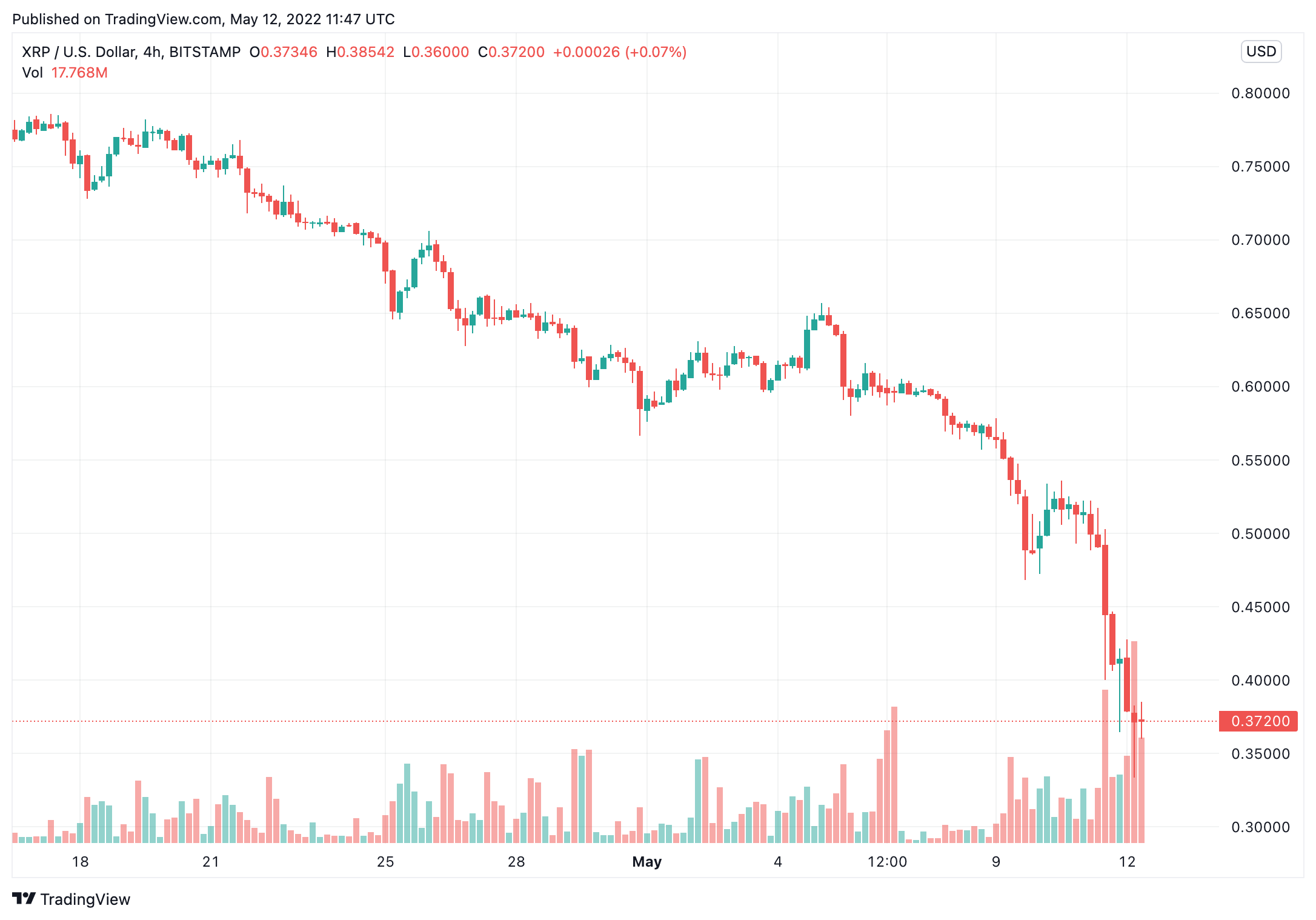 XRP demonstrated a sharp drop of nearly 30%, collapsing from $0.5154 to its current level of $0.3626, after the leading cryptocurrency, Bitcoin, has dropped more than 16% since today. past, hitting a low of $26,300 on the Bitstamp exchange.

Whale Alert has stated that in the past 24 hours, almost half a billion XRP has been transferred between various centralized cryptocurrency exchanges. Bitstamp and crypto custody service BitGo exchanged around 80 million XRP tokens, while the largest exchange, Binance, transferred a staggering 300,000,000 XRP internally. A total of 60 million XRP was also sent from Bittrex to Bitstamp.

XRP price may be down, but one metric surged at press time. This was XRP volume, which reached around 3.29 billion before press time. Such volumes were last recorded around 12 March 2022, when XRP prices briefly spiked. However, are big investors perhaps buying the dip and hoping to ride a smaller rally in this case?

The metrics certainly back this up as Santiment data showed that whale transactions worth more than $100,000 surged above 1,000 around press time. The last time these numbers were crossed was on 8 February 2022.

The lawsuit between SEC and Ripple continues to see new…

SEC does its best to protect Hinman’s emails in…