Cardano (ADA) is on top as it closes for the fifth consecutive week in a bearish bias, canceling gains made in the second half of March.

As written, ADA is down more than 75% from its all-time high to trade at $0.75, with the daily RSI plunging into oversold territory. The last time prices fell to this low was in February 2021. In large part, the macroeconomic shake-up due to factors such as the aggressive interest rate policy of the Fed as well as the ongoing war between Russia and Ukraine has been causing a deadlock in the global supply chain of the cryptocurrency market.

Despite the unforeseen price turbulence, retail interest in ADA seems to be growing surprisingly with each drop, as more and more traders see it as an opportunity. rare and perhaps unique to buy ADA at this discounted price.

According to IntoTheBlock, Cardano retail interest is growing rapidly. Last week, the AI-based crypto data analytics firm tweeted that “The balance held by traders – addresses holding for less than 30 days, has increased by 186% in just 30 days.”

Interestingly, these addresses currently hold a total of 33.7 billion ADA, which is about 36.144% of the total ADA coins in circulation. 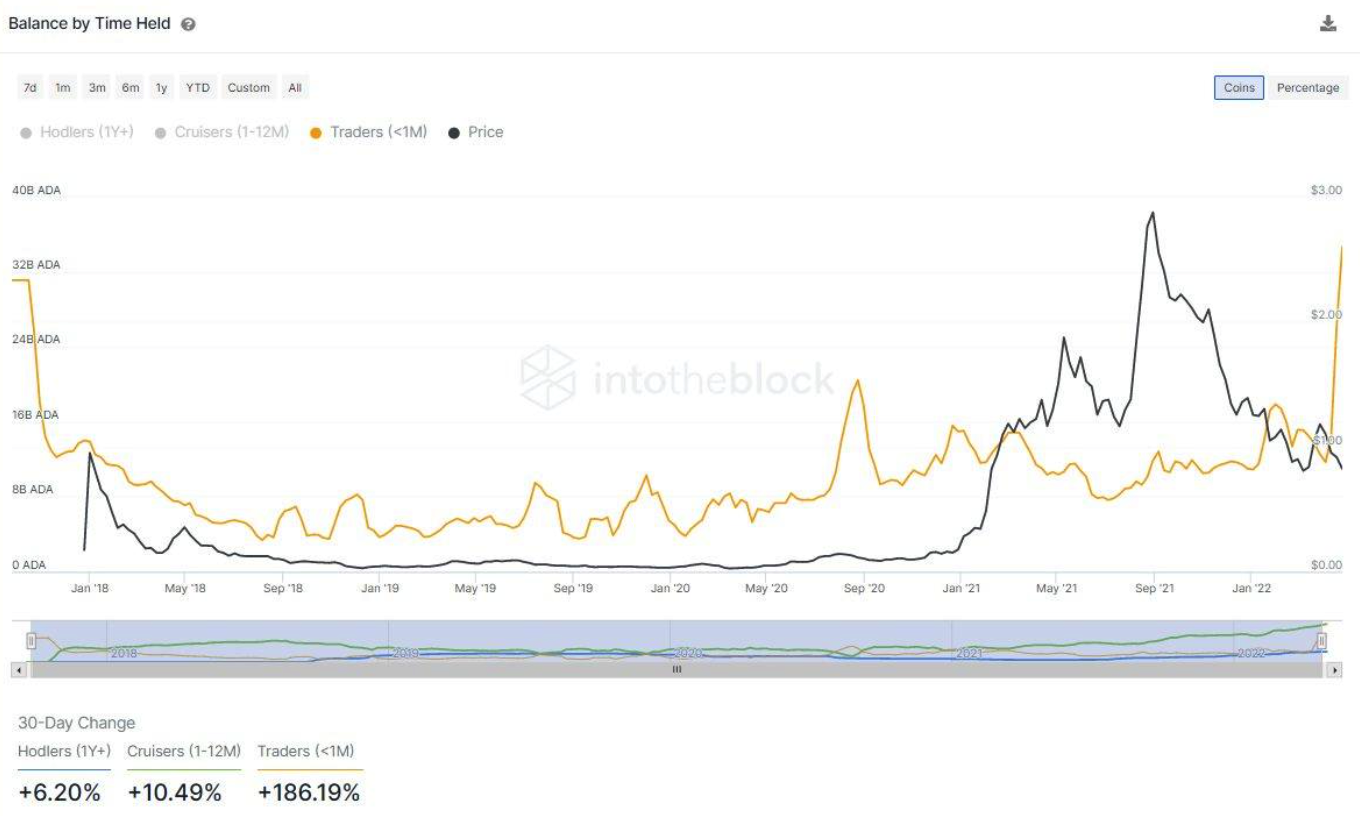 Whales have also collected massive amounts of ADA, with over 200 million ADA purchased by whale addresses in the past six days with a balance between 1 million and 10 million ADA. This is despite this lot dumping their holdings over a 7-month period that saw ADA drop more than 60%.

The total number of addresses holding ADA has also increased by 2.99% in the past 30 days to 5.2 million even though activity on the blockchain was affected in April.

Cardano’s growing popularity and adoption can be attributed to its efforts to build a layer 1 network. The Cardano network is undoubtedly one of the best interoperable networks out there, boasting a wide range of Exchanges. Decentralized exchanges, applications, DeFi protocols, and a powerful NFT marketplace.

This week, a decentralized algorithmic stablecoin developed by the COTI public testnet went live on the Cardano network, a development that is expected to give a bullish boost to ADA, which it is very much needed.