According to the Average Dormancy rate on the Bitcoin network, long-term holders on the blockchain increased their activity and started to actively accumulate more coins following the price spike to $24,500. At press time, Bitcoin is changing hands at $24,318 and gaining around 3% of its value in the last 24 hours. 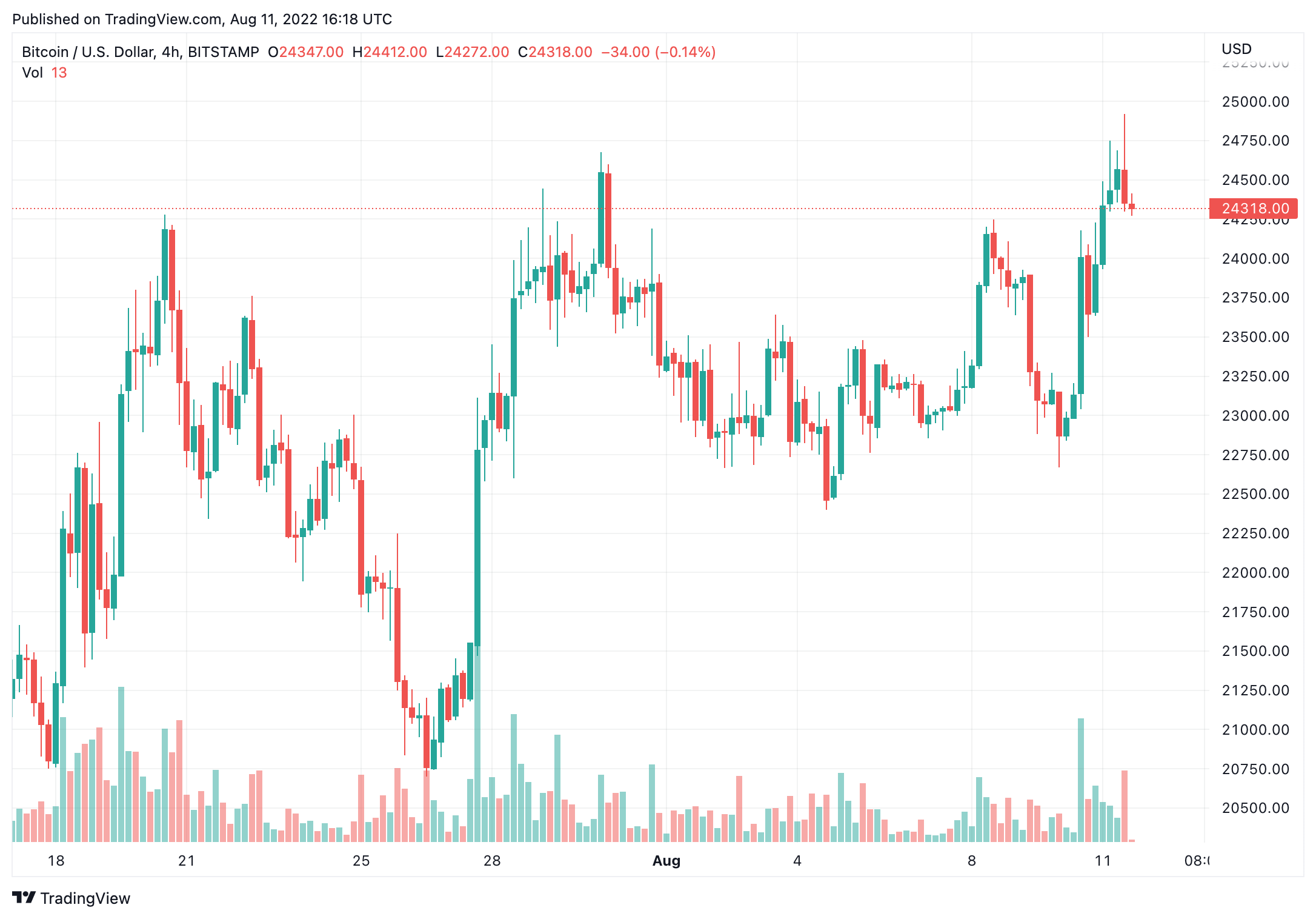 The last time this metric reached such a low level, we saw a beginning of a bull run in 2013, 2016, and 2019 and are seeing some signs of a reversal today. With dormancy reaching relatively low levels, we can tell that investors are actively moving their funds, sending and receiving new coins, and storing them in cold wallets.

The last time we saw a similar dynamic in 2019, Bitcoin reached the current ATH of $69,000. The metric also showed a reversal around the previous ATH, with the dormancy of the network increasing drastically. Does it mean the market bounced? Unfortunately, it is too early to tell if the market bounced already or not. Considering the previous price performance of the first cryptocurrency, Bitcoin is still down by almost 65% from the ATH and moving far below the downtrend’s trendline.

For Bitcoin to break the current trend on the market, it needs to reach the $30,000 price range, which would be a confirmation of a reversal rather than a slow and illiquid movement to the $25,000 price level. Additionally, markets seem euphoric after the release of the positive CPI data that may signal the peak of inflation in the U.S., which is going to lead to a soft landing and the easing of the monetary policy.