Weiss Crypto Rating: There won be an Ethereum Killer soon but ETH can kill ETH once Ethereum 2.0 launches

It seems that Weiss Ratings rated Ethereum quite high. According to them, at least for the foreseeable time, no opponent will be able to defeat Ethereum.

Weiss Crypt Rating: There won be an Ethereum Killer soon

The Ethereum blockchain is impractical to use right now, and traders are looking for alternatives. The recent increase in ETH and the popularity of DeFi projects has caused a huge increase in transaction fees on the Ethereum Blockchain.

At the moment, several alternative projects are trying to establish themselves as a better option for the market. However, truly successful projects are not clear.

According to Weiss Ratings, analysts have explained that despite all the major complications, it is unlikely that a more complete and capable project to take down Ethereum will emerge. That is an affirmation no matter how promising other blockchains are.

Some say that other L1s are “catching up to #ETH“, but we’re highly skeptical. It’s the same story from 2017 where wannabe $ETH killers sacrificed all semblance of decentralization to be cheaper and faster.

L1 in Weiss Ratings’s mention denotes the base blockchains, i.e., those where transactions are recorded directly on-chain. L2 scaling solutions such as Bitcoin’s Plasma or Lightning Network process transactions in a different way.

We all know how that ended, yet folks continue to talk about these competitors as if they hold a candle to #Ethereum. Many of them do not. The only hope for some of these alternative L1s is to become a sidechain to #ETH.

They guarantee that the futures of these adversaries may be dark. Weiss Crypto Ratings mentions 2017, a year that marked the demise of promising projects – such as EOS and NEO – unable to regain their past glory days even as cryptocurrencies in full bloom in 2020 and 2021.

Every quarter, Weiss Crypto Ratings will periodically rank different crypto projects based on variables like their technology, market performance, adoption level, and more. Currently, the only cryptocurrencies with an A rating are Bitcoin and Ethereum. Ethereum’s closest competitor is Cardano, with a B Rank. It is followed by EOS, NEO, Polkadot, Binance Smart Chain, and Tron with a C + rating.

However, in terms of pure technology development, Cardano and Polkadot have an “Excellent” rating, while Ethereum has a “Good” rating and Bitcoin is “Fair”. It can be argued that much of the renaissance for cryptocurrencies could have been due to Ethereum.

The dApps that kept the ecosystem alive during the 2018 downturn, the DeFis that drove the use of blockchain (and the ETH price) in 2020, and the NFTs shaping the new craze in 2021 all survived thanks to Ethereum’s ability to handle smart contracts. Bitcoin does not have this ability, which severely limits its use.

However, the popularity of Ethereum has become its main threat. Currently, transaction fees hover around $ 30.5, even though they hit ATH of $ 38 by February 2021.

Likewise, the costs of implementing smart contracts, measured in gas, also hit record highs, making it nearly impossible to use different platforms. As a result, traders began to explore new horizons, and Binance has seized the moment to solidify the leadership of its native Binance Smart Chain blockchain. 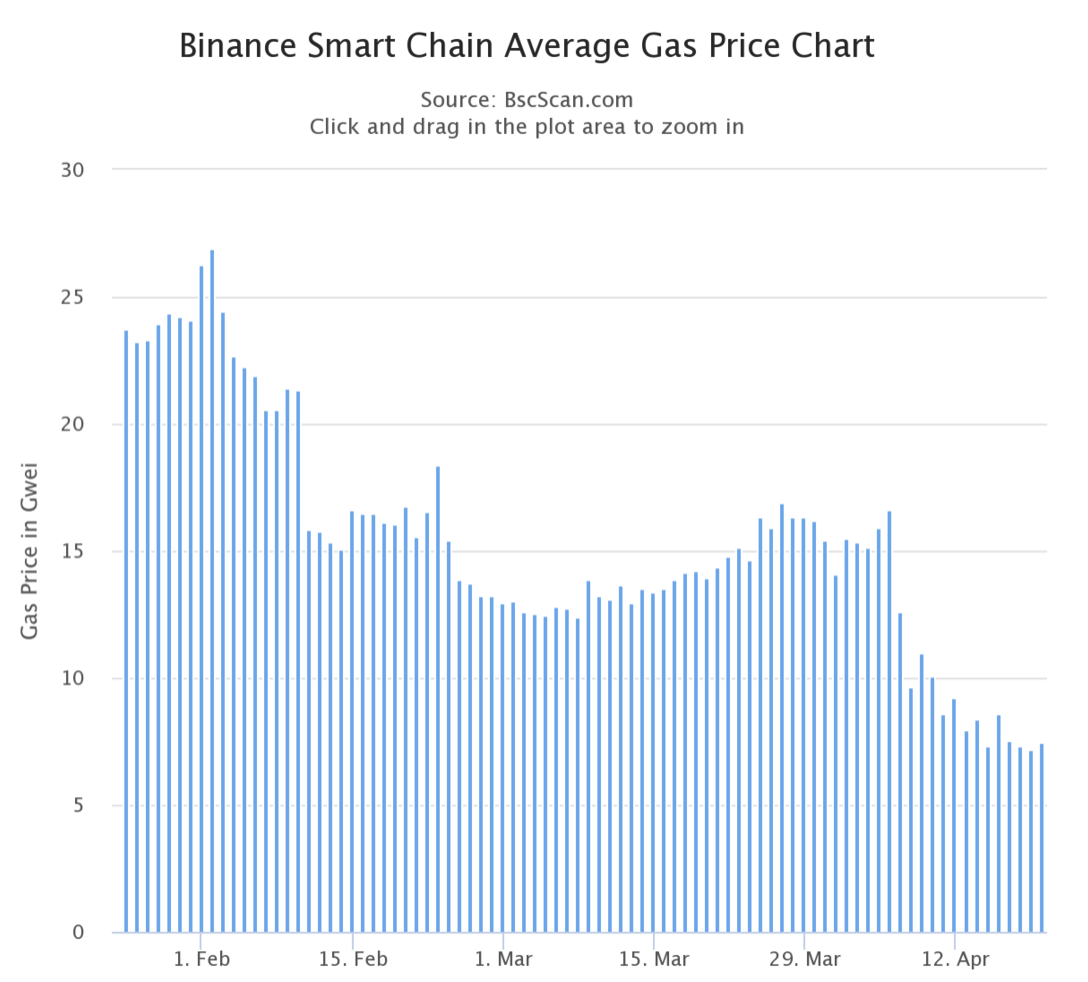 The launch of the Pancake Swap, a DeFi-like Uniswap but running on Binance Smart Chain, marked a major milestone in the DeFi world. It serves to draw interest in this new blockchain, a cost-effective option for those unable to continue using Ethereum projects.

Thus, up to the present time, it seems that only Binance is capable of standing close to Ethereum. But there are still many shortcomings at Binance, especially the focus. There is an opinion that Binance is still too centralized and that is why it is difficult to grow higher.

Even so, Ethereum still has a trump card yet. Everything could change with the future release of Ethereum 2.0.

Over $542 million worth of Ethereum positions were…